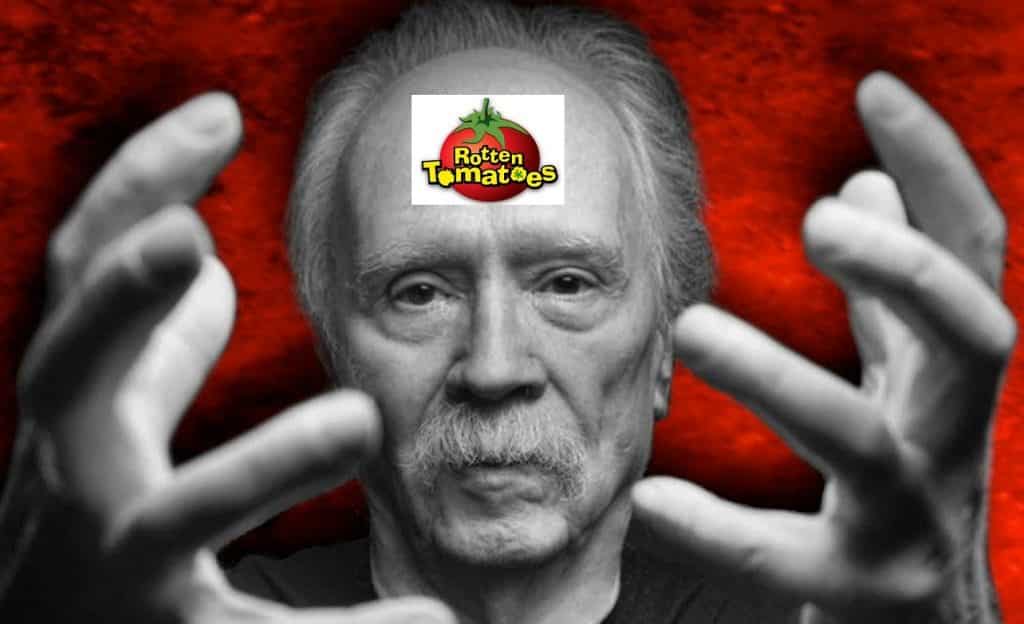 John Carpenter is one of the biggest legends in the horror genre – and filmmaking in general, for that matter. He helped pioneer the slasher genre with Halloween in 1978, crafted one of action’s greatest anti-heroes with Escape From New York in 1981, and created one of the best remakes of all time with The Thing in 1982. These are only a handful of the accomplishments he made throughout his career.

Today the horror master celebrates his 70th birthday – something that Rotten Tomatoes misunderstood and nearly scared his fans with. According to the review aggregator’s Twitter page, they thought Carpenter had died. 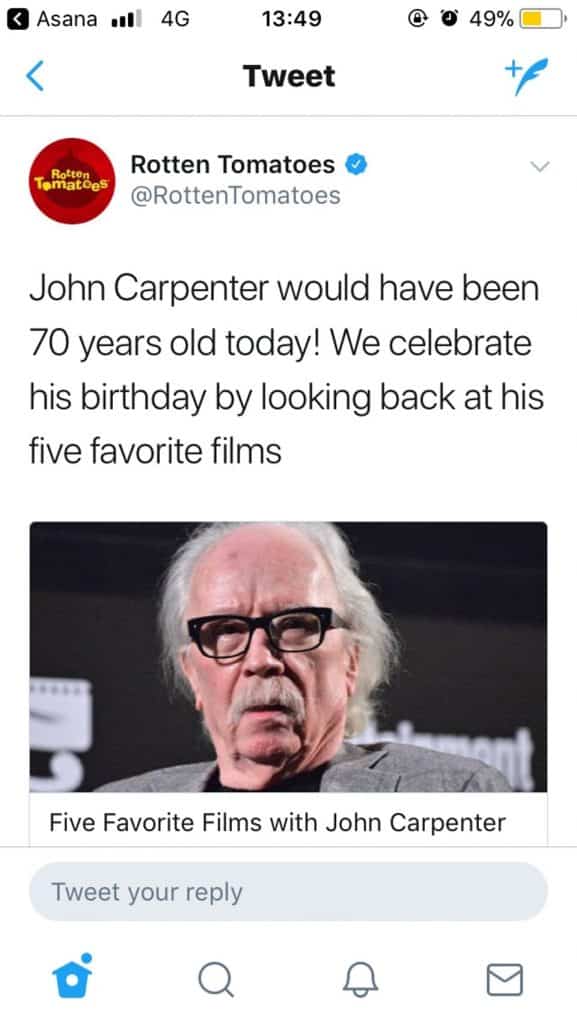 Their Tweet has since been deleted, but Carpenter still managed to respond.

To Rotten Tomatoes, despite how it appears, I’m actually not dead.

It’s possible that Rotten Tomatoes confused Carpenter with one of his contemporaries, many of which have sadly passed away in recent years. This includes Wes Craven, George Romero, and Tobe Hooper among others.

Thankfully, however, we still have Carpenter alive and well. He’s currently finding success with his musical career, and he’s attached as a producer on Blumhouse’s upcoming Halloween movie. And, excitedly enough, he may also be composing the score. With Carpenter’s talents, the new film’s score will likely captivate audiences as well as the original film’s score did in 1978.

Until we get to see more of the upcoming Halloween film, let’s all take a moment to wish John Carpenter a very happy birthday with many more to come.

In the upcoming Halloween movie…

What do you think of Rotten Tomatoes’ error? Are you looking forward to the new Halloween movie? Be sure to tell us all of your thoughts in the comments!

Continue Reading
You may also like...
Related Topics:Horror, James Carpenter