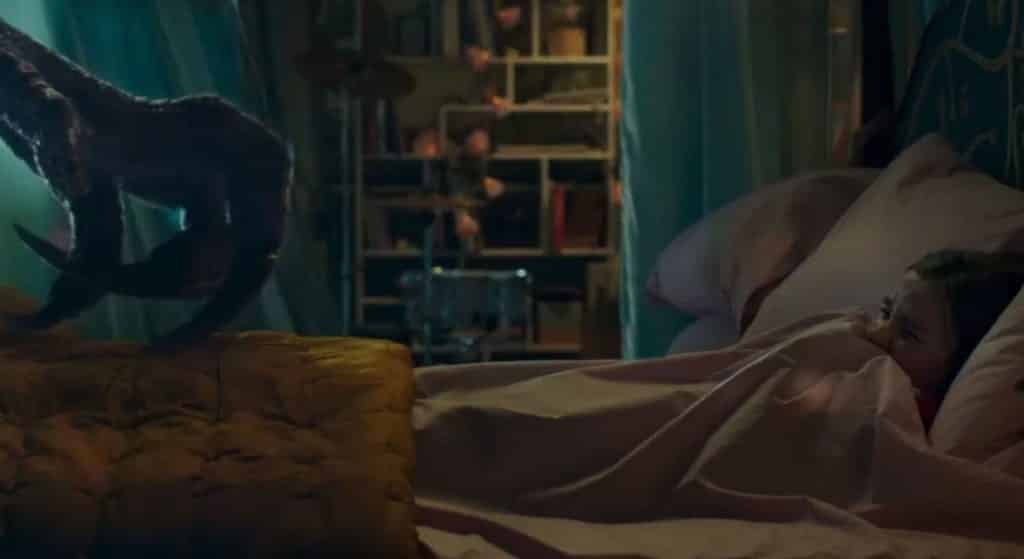 It’s become expected for giant movie trailers to come out during the Super Bowl 52 showing, and today Universal decided to unleash an all-new spot for Jurassic World: Fallen Kingdom.

The film clearly ups the ante on its predecessor, instead focusing on a gigantic volcanic eruption rather than the usual dinosaur foes. Of course, you can still expect plenty of dinosaur action.

The sequel — set several years after 2015’s billion-dollar smash Jurassic World — concerns a volcano on Isla Nublar that threatens the dinosaurs that had overrun the park at the end of the previous film. Who has the best shot at preventing the prehistoric beasts from becoming extinct (again)? That would be Chris Pratt’s dino trainer Owen Grady and Bryce Dallas Howard’s former park manager, Claire Dearing.

The film is being directedby Juan Antonio Bayona, who is primarily known as a horror director. Hopefully this means the film will offer some good scares and thrills. One of my favorite aspects of the original Jurassic Park is that it wasn’t afraid to be an outright horror film when the time was right.

Although it probably won’t be as financially successful as Jurassic World, it might make for some killer dinosaur-infested entertainment – and at the end of the day, isn’t that all people really want from a Jurassic Park movie?

How do you feel about the new Super Bowl teaser? Are you excited for the movie? Let us know in the comments section down below!