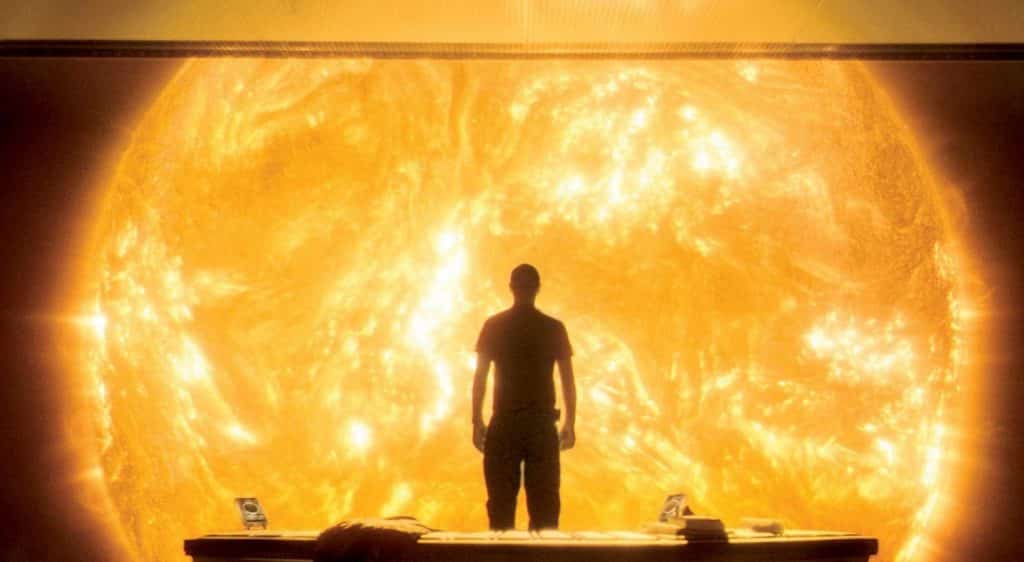 .The last retro-review I penned for ScreenGeek concerned 2009’s much-maligned Pandorum, and in the body of that article I discussed the concept of science fiction movies that were abject commercial failures, but went on to achieve cult status. It’s somewhat appropriate therefore that my following retro-review covers the movie Sunshine, which fits perfectly into the aforementioned cinematic pigeon hole

A staggering ten years on from it’s debut, Sunshine remains both a cinematic classic and an enduring must-see for any aficionado of sci-fi and fantasy, even though it fared poorly on release. Critics were dismissive, audiences stayed away, and the movie only managed to pull back $32m of its rumored $40m in production costs. Which is frankly quite shocking, when you consider the undeniable quality of the final product. 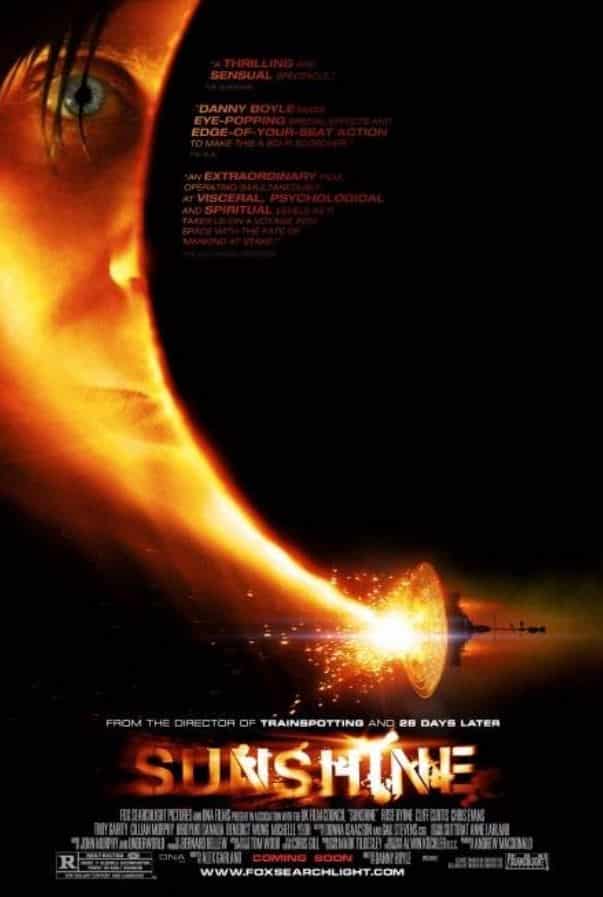 The story was an early offering from writer Alex Garland, who would go on to gain future recognition for his subsequent production work on movies such as Dredd and Ex Machina. In order to make his script as realistic and scientifically correct as possible, Garland engaged the services of NASA scientists, and also Brian Cox (the renowned British physicist, as opposed to the renowned British actor…) Perfectly managing to balance the correct ingredients of human tragedy and cataclysmic spectacle, it’s truly bleak, and yet a simultaneously compelling offering.

Much as with similar entries in the genre such as the Alien movies, or the aforementioned Pandorum, it’s the ship that’s the star here. But whilst the Icarus may share DNA with the likes of the Event Horizon and the Sulaco, she’s one of the most uniquely depicted spacecraft on film. Whereas her contemporaries contain sprawling labyrinthine corridors and industrial cathedrals of pipework, the Icarus is a much more compact and claustrophobic affair. Every square inch is useful in some way, packed with crew or improvised equipment.

Boyle has cited Stanley Kubrik’s 2001 as an influence on his work, and forearmed with that knowledge, it’s a fact that lies in open sight. 1970’s standard equipment and space suits for the crew to work with, bleak and unforgiving situations which lead to illogical and maddening consequences, humanity floundering out in the depths of space. It’s all there, the only thing missing is a homicidal artificial intelligence.

The international cast that were settled on typify the keen eye for future talent that Boyle and his partners have displayed throughout their entire movie-making careers. Marvel alumni Chris Evans, Rose Byrne and Benedict Wong appear alongside DC stalwarts such as Cillian Murphy and Mark Strong, supported by acting powerhouses like Michelle Yeoh and Cliff Curtis. There’s just not a bad performance to be found here.

This movie though would be nothing without the utterly haunting accompanying score that was composed by longtime Boyle collaborator, John Murphy. Working alongside dance group Underworld, he created a deep and vibrating string accompaniment for the movie, best typified by the now legendary ‘Adagio in D Minor’, which has been used in endless other projects since. It’s equally as emotive as the score he created for another Danny Boyle project, 28 Days Later, and is just as memorable.

The fact that the movie only managed to win a BFI award, and no other significant silverware is an utter travesty. This is an engaging, truly memorable depiction of a hopeless and unforgiving future. It’s grounded in a significant desire for realism and honesty, which are themes the genre has been desperate to embrace in recent times, over the fantastic and unbelievable alternatives that the big summer blockbusters have to offer. Quite simply, it was ahead of its time…