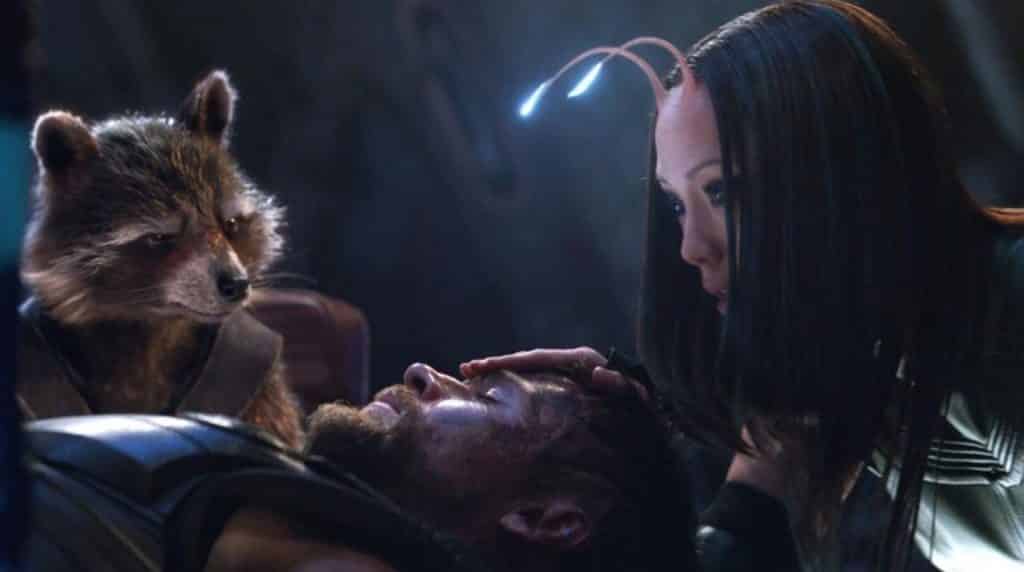 Part of the Avengers: Infinity War scene in which the Guardians of the Galaxy meet Thor has been released, and as with every bit of footage that’s released, this should make buzz for the film even higher. The final trailer we were recently given put it up there pretty high, though, so I’m not sure what else could push it much higher.

Check out the clip below:

A scene from 'AVENGERS: INFINITY WAR' has been shown at the Kids’ Choice Awards. (Source: @candiceswest) pic.twitter.com/KxT0OIMN27

We already know that Rocket Raccoon won’t be too amazed with The Avengers, as Sean Gunn recently explained to us:

“…it was certainly fun to see many of these new characters through the eyes of Rocket [Raccoon], because Rocket does not have the same sort of reverence for the superheroes that the average earthling is going to have. So, I think there is a lot of fun there.”

As far as Thor’s future in the Marvel Cinematic Universe is concerned, The Russo Brothers have stated that is a key part moving forward:

Though Chris Hemsworth sounded less sure, saying he was no longer contractually obligated to play the character. And as far as the future of the Guardians of the Galaxy are concerned, a third film is currently in the works.

We’ll see what happens for sure when Avengers: Infinity War hits theaters on April 27th.

What did you think of the clip? Are you excited for the movie? Be sure to tell us your thoughts in the comments!