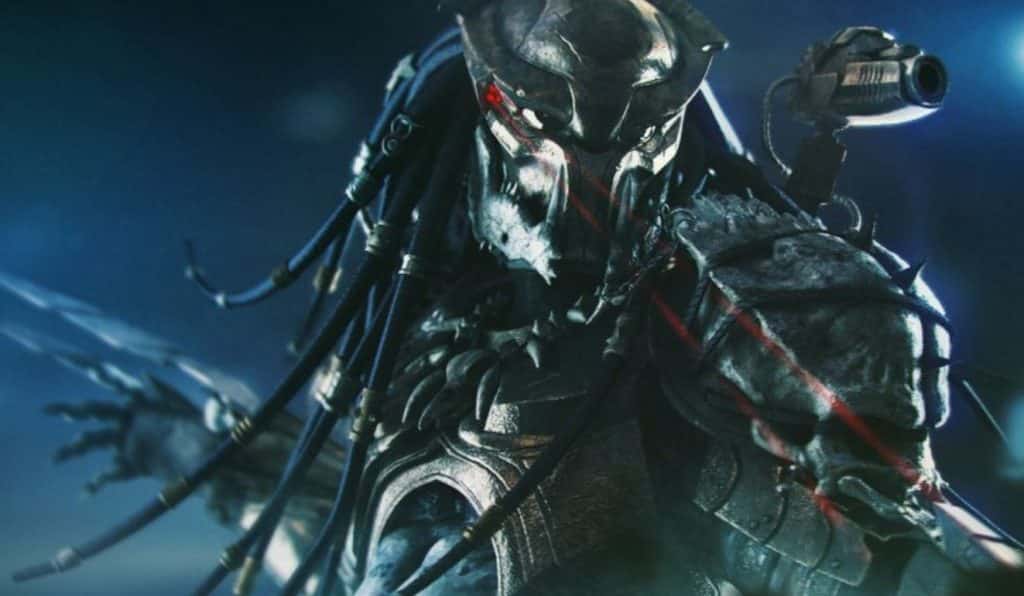 The upcoming Predator movie, The Predator, seems to be having a lot of ups and downs. While it’s been delayed several times since its production started, we’re finally seeing the results as the new release date approaches. Director Shane Black, who also co-wrote the film and starred in the original, recently tweeted a behind-the-scenes photo.

As you can see, Black is teasing the audience, with a caption that reads, “Shhhh…. He’s coming.”

With all this behind-the-scenes content being released, and the release date fast approaching, it’s expected that we’ll be getting our first trailer very soon – as confirmed by Shane Black:

Nope! Just busy. Expect a teaser mid-april… how’s this — my brother and I used to actually close our eyes when the theater ran trailers. Wouldn’t it be cool to go in knowing nothing? 🙂

The film is apparently being converted for a 3D release, so whenever that’s completed is probably when we’ll expect to see some footage. Black also spoke with a fan who had heard some untrue information:

It’s not a remake. Where are you getting that?

Hopefully the film ends up better than Fox’s previous attempts to reboot the Alien franchise, which sort of fluttered and then died with the releases of Prometheus and Alien: Covenant. Between Disney’s acquisition of Fox and the potential failure that The Predator could see, this may be our last Predator film for a long time.

If so, I hope they eventually bring the franchises back in another Alien vs. Predator crossover. While the two live-action attempts we had were pretty lackluster, the possibility is there for something truly great. After all, just look at the stories for some of the comics and video games.

In The Predator, a group of unsuspecting humans slowly realize that fierce hunter-aliens are in their midst, this time in a suburban setting.

What do you think of this? Are you looking forward to the movie? Be sure to tell us your thoughts in the comments!

Continue Reading
You may also like...
Related Topics:The Predator