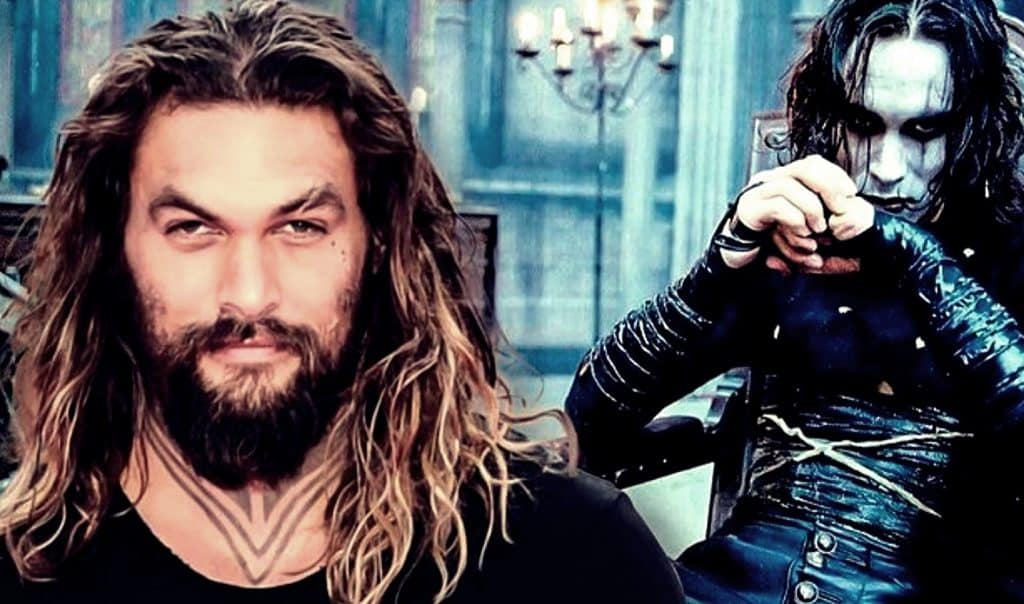 The Crow reboot was set to begin production a month from now, but apparently – that is no longer the case. The film has been in development hell since the early 2000’s, so this really shouldn’t come as much of a surprise to many people out there who didn’t really expect the movie to happen anyway. The latest report says that Jason Momoa and director Corin Hardy have left the film.

Sources tell me Jason Momoa and director Corin Hardy formally withdrew from the film this morning. This after Sony was close to exiting as the film’s worldwide distributor. I’m told this has to do with creative and financial differences with Samuel Hadida, whose Davis Films holds underlying rights and who was financing the film. Production was gearing up to start within the next five weeks in Budapest, and the picture was in full pre-production with Hardy presiding.

So for now, it appears that it’ll be an even longer wait before we get a movie. Many fans have been against the idea of rebooting the movie, as the Brandon Lee film from 1994 is regarded as a classic, and some feel it would destroy his legacy. I, however, don’t agree with that, as there were many awful sequels in the 90’s, and even a short-lived TV show.

If James O’Barr wants to see another adaptation of his comic book, it’s his right.

What do you think of this news? Were you looking forward to a new movie for The Crow? Be sure to tell us all of your thoughts in the comment section down below!

Continue Reading
You may also like...
Related Topics:Jason Momoa, The Crow