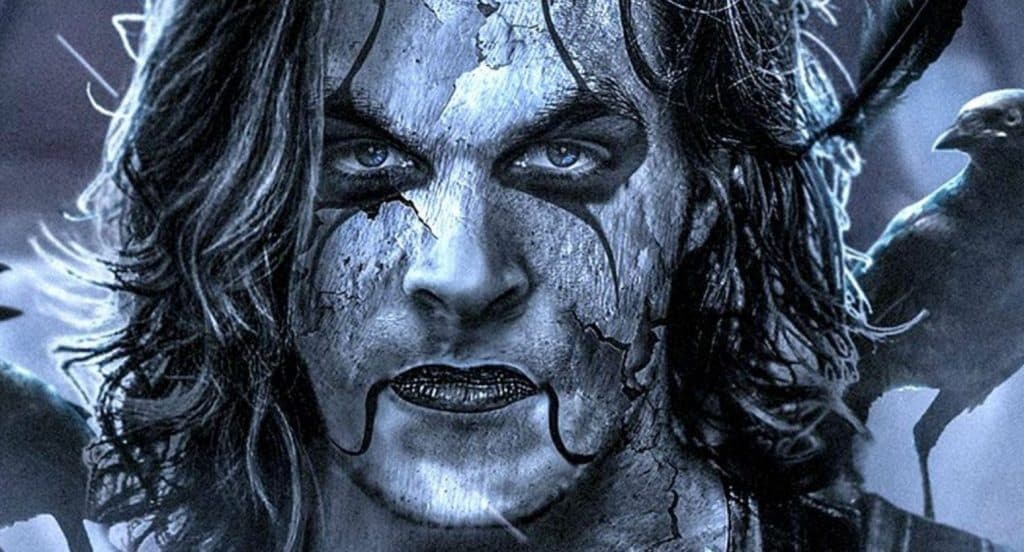 The remake of the Gothic antihero love story The Crow, has finally secured an official release date from Sony. Borys Kit tweeted today that the film is set to hit U.S theaters October 11, 2019.

THE CROW, the remake of the 1994 supernatural revenge thriller that will star Jason Momoa, gets a release date: Oct. 11, 2019.

The original film was adapted by director Alex Proyas from the comic books of James O’Barr – a man revived from the dead to exact revenge on those responsible for the rape and murder of his fiance. It became a cult sensation but countless sequels have failed to reach the same artistic levels. Rumors of a reboot have been circling for at least a decade now, with countless actors, directors and draft scripts passing through without fruition. Since the film is already a cult classic, there was little desire from the fans for a reboot either.

Jason Momoa (Aquaman, Game of Thrones) has been cast to play Eric Draven, the vengeful antihero, who was cast in the original by Brandon Lee. Lee was tragically killed on set filming The Crow by a deflective blank. British film director, Corin Hardy (The Hallow) has been locked in to direct the film.

The film is set to be released in October, which is significant as the film centres around Devils Night in Detroit, the day before Halloween. Other films that are opening that weekend include The Addams Family, Are You Afraid of the Dark?, and The Goldfinch.

The reboot is reportedly called The Crow: Reborn.

Will you be going to watch it when it’s released? Do you think this is just another false alarm? Should there even be a reboot? Let us know below!

Tags: The Crow
Leave Comment
No Result
View All Result