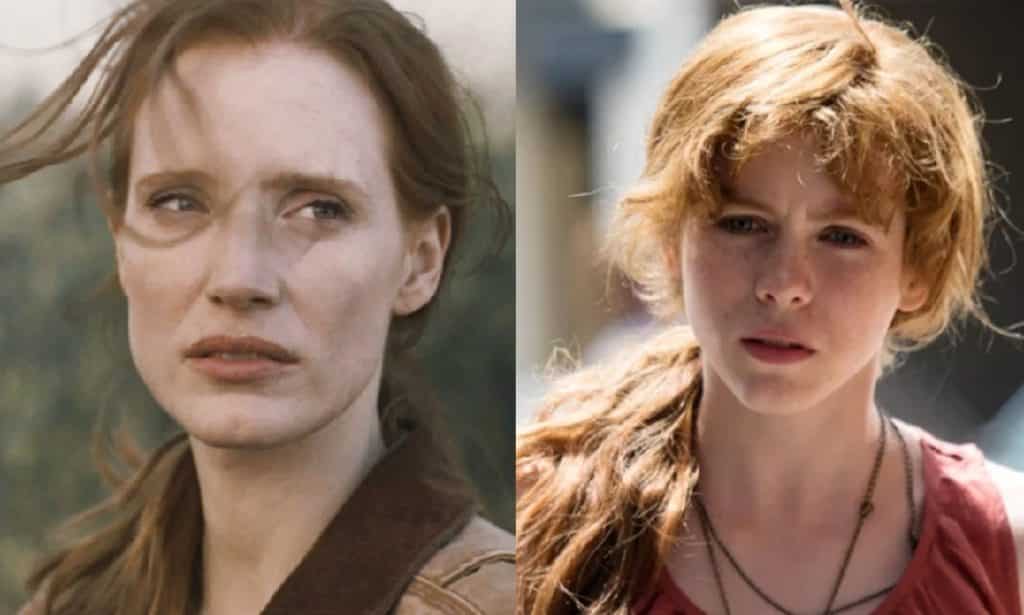 IT is returning to our screens with IT: Chapter 2 on September 6th, 2019. It has been confirmed that production has begun with plans to start shooting in Toronto in July. The story is set some 27 years after the first, staying true to the timeline of the book. Although in this sequel the Losers Club are grown and have separate lives, they are united once more to continue their battle against the child killer, Pennywise the Clown (Bill Skarsgård).

Jessica Chastain is set to play a grown-up Beverly Marsh, alongside James McAvoy starring as Bill, under the direction of Andy Muschietti. The rest of the group will be played by Bill Hader (Richie), James Ransone (Eddie), Andy Bean (Stanley), Isaiah Mustafa (Mike) and Jay Ryan (Ben). Although Chastain is appearing as Beverly, it is expected that Sophia Lillis, alongside the rest of her Losers’ Club companions from the first movie, are set to appear in the form of flashbacks.

We were given a treat over on Instagram yesterday as Jessica Chastain herself (@jessicachastain) and her hairstylist, Renato Campora (@renatocampora) both shared pictures of her new haircut in preparation for her role. Chastain even hash tagged the photo #winterfire, quoting the poem that Ben wrote for Beverly in the novel.

Jessica Chastain isn’t the only member of the cast that has been posting on Instagram about the movie. James McAvoy (@jamesmcavoyrealdeal) posted a photo to commemorate “Day 1 on IT 2.” In the picture he is holding a triangle of Laughing Cow cheese with the pun #derryordairy hash tagged, as the film is set in the town of Derry.

Day 1 on IT 2. Glad you got the memo guys. #passthecheeseplease #derryordairy

It will be interesting to see what unfolds when The Losers Club returns to the small town in Maine to once again win their battle with Pennywise.

What do you think of this? Do you think Chastain is a good choice for the role? Be sure to tell us all of your thoughts in the comments!

‘IT: Chapter 2’ Has Officially Started Production
Joker Origin Film Could Be Connected To Matt Reeves Batman Movie
Advertisement
To Top