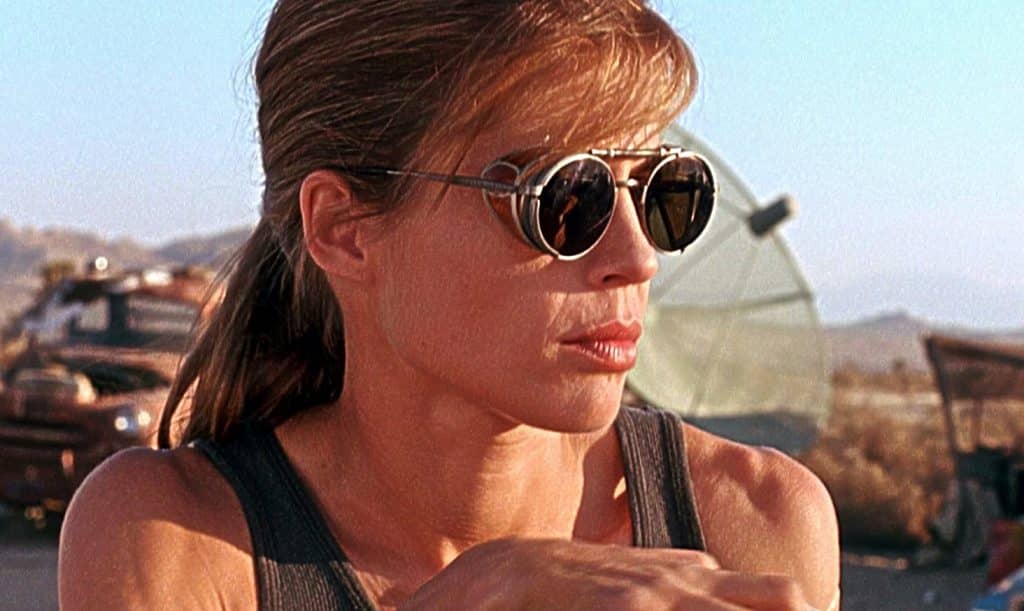 Bloody typical. You sit and wait the best part of a year for some set photos from Terminator 6 to surface, and then two different collections appear online within 24 hours of each other. We reported earlier that the first shots of Mackenzie Davis filming in Madrid had materialized courtesy of Just Jared. Well, now photos of Linda Hamilton back in character as legendary sci-fi warrior Sarah Connor have surfaced –  and she’s looking every bit as bad-ass as you’d imagine…

Hamilton’s career trajectory following the runaway success of Terminator 2: Judgement Day reflects the failing fortunes of the iconic franchise as a whole. With both her physical and mental health affected by the rigours of the film’s production, she subsequently struggled to cope with the intense media spotlight that she had been unexpectedly thrust into.

After the public failure of her two marriages, including one to franchise founder James Cameron, Hamilton went on to reveal a protracted struggle with bipolar disorder. The movie roles she had been offered slowly transitioned back into television work, and her CV was soon reduced to voice-over work.

Ex-husband Cameron has now somehow managed to coax the 62 year old actress back to the role that made her a household name. Other than a brief reprise for the Terminator Disneyland ride, and a recording of her voice which featured in Terminator: Salvation, this will be the first time Hamilton has portrayed the mother of resistance leader John Connor since her last outing back in 1991.

First look at Linda Hamilton a.k.a. Sarah Connor in Terminator 6

Last month, Hamilton released a promotional shot of herself via The Terminator Fans, and it’s that site that had now published the new photos of her in character. Sporting a new short haircut, and with a couple of hand grenades strapped to the tactical body armour she is wearing, the actress is every inch the avenging warrior queen she was nearly thirty years ago when she last played the part.

It remains to be seen how big a part Sarah Connor will be playing in the new narrative, which will follow directly on from the events of Judgement Day, rendering the existing three sequels now irrelevant. Given the hype and publicity around her attachment to the project, the chances are it will be a substantial contribution rather than merely a cameo, but that Mackenzie Davis will still be taking center-stage as a new Resistance heroine.

Terminator 6 is slated for release in November 2019.

Continue Reading
You may also like...
Related Topics:Linda Hamilton, Terminator 6