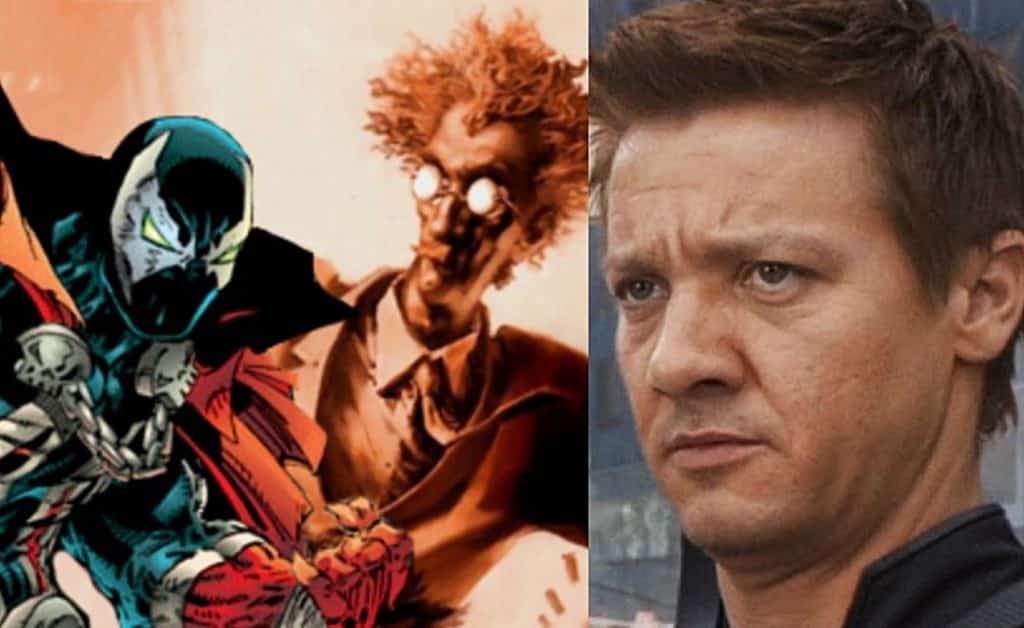 The upcoming Spawn reboot has been leaving us very intrigued. For years Todd McFarlane has kept his updates optimistic and under wraps but with the film finally being greenlit the way he wants it, updates have been hitting us with some great results, even with possibility of the animated series coming back. The latest scoop? Jeremy Renner’s possible involvement as this interpretation of Twitch Williams.

The Hawkeye actor is the second prime actor to be pointed for the film after Jamie Foxx’s big reveal as the titular Hellspawn. While Foxx is already confirmed for the role, there has yet to be an official response from Renner. That Hashtag Show reports that insider knowledge of the production has mentioned Renner potentially playing an “honest detective” who is aided by Spawn himself for the murder of his daughter. This definitely sounds like Twitch.

According to ThatHashtagShow, Jeremy Renner is rumored to play ‘Twitch’ in the new #Spawn film:

“A source with knowledge of the production tipped us off to Renner’s potential role as Twitch…an honest detective who will team up with Spawn…”. pic.twitter.com/LEbBrySDji

What makes this casting unique is previous reports state that Spawn will be a secondary character and the film will follow alongside Twitch. As Todd mentioned before back in 2016, the film will be aiming a hard-R horror:

Alongside Sam Burke, Twitch Williams is the other half of the NYPD homicide detective unit. While the smaller and more soft-spoken of the two, Twitch excels well in crime-solving with his intelligence and level-headed, even a great shot with a gun. The familiarity of the two is based on the likeness of Batman’s Jim Gordon and Harvey Bullock, with the roles somewhat reversed.

While no confirmation from the studio or Renner himself, we’ll just have to wait for the news to be official. Stay tuned.

Continue Reading
You may also like...
Related Topics:Jeremy Renner, Spawn