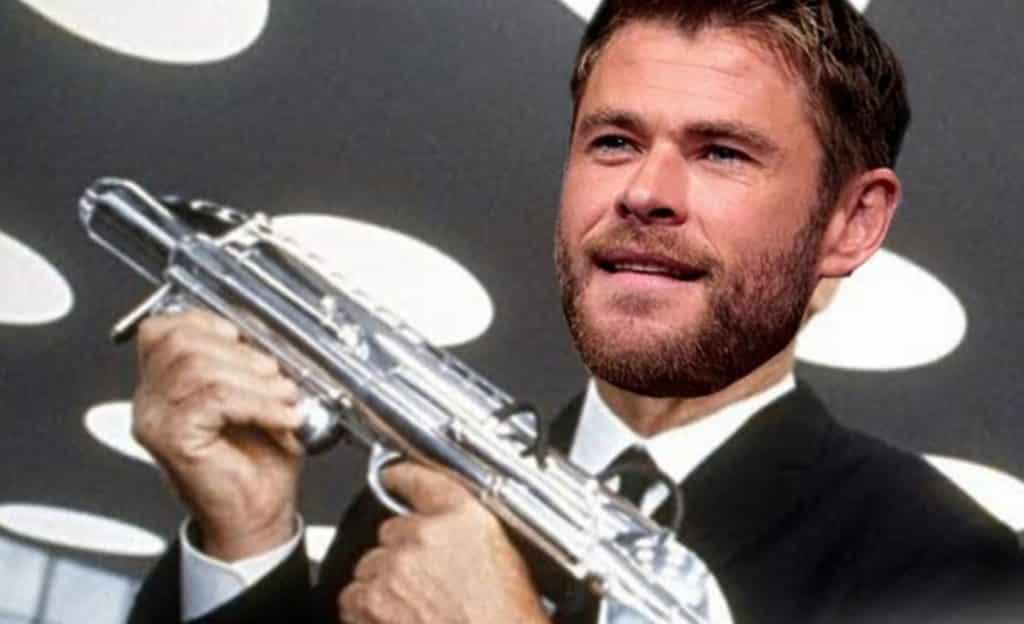 Men in Black 4 is set to revamp the The Men in Black franchise, and is due to be released by Sony next year. This spin-off/reboot comes seven years after the last installment that starred the memorable duo, Will Smith and Tommy Lee Jones. Now, we get our first glimpse of the movie by pictures shared from the set in London on Sunday.

Just Jared have shared the first set photos of Chris Hemsworth. In the pictures we can see the actor sporting the recognizable black suit, white shirt and sunglasses typical of the Men in Black. He will be starring alongside Tessa Thompson, Liam Neeson, Kumail Nanjiani and Rafe Spall. The script is penned by Art Marcum and Matt Holloway. F. Gary Gray will direct with Walter F. Parkes and Laurie MacDonald producing. Steven Spielberg is executive producer.

CHRIS IS FILMING MEN IN BLACK. LOOK AT HIM. LOOK AT H I M pic.twitter.com/QpxrW3lcEx

chris hemsworth in men in black will destroy us all mark my words pic.twitter.com/Xesnxm9DaT

The first set photos from the upcoming ‘MEN IN BLACK’ Reboot have been released with the photos featuring Chris Hemsworth’s Agent H. (Source: @JustJared) pic.twitter.com/oZOw6qW8Kx

chris hemsworth on the set of men in black for blessing your timeline rt to save a life pic.twitter.com/dauQCds3Fl

We know that the story will take place in the same universe as Agent K and Agent J but they will be changing up the locations and travelling, with a lot of the film taking place in London. Chris Hemsworth told Variety:

“We’re basically trying to put a lot of humour in to it like the previous ones. These are obviously some big big shoes to fill, so we’re working our butts off on it to make something pretty epic and fun, they’re trying to change up the locations, make it feel unique and different to the last ones as well. So I think you might even see some different countries, maybe. Some different cities than you’ve seen in the previous Men In Black movies.”

The project was originally planned as a 23 Jump Street cross-over with Men in Black, with Jonah Hill and Channing Tatum returning to their roles. I think the right choice was made by not going in this direction. We don’t know much more about the plot but with the original trilogy globally grossing over $1.6 billion in box office ticket sales, there is certainly a lot to live up to.

The Men in Black sequel is scheduled for release on May 17th, 2019.

Are you looking forward to this reboot? Let us know in the comments!

Continue Reading
You may also like...
Related Topics:Chris Hemsworth, Men in Black, Men In Black 4