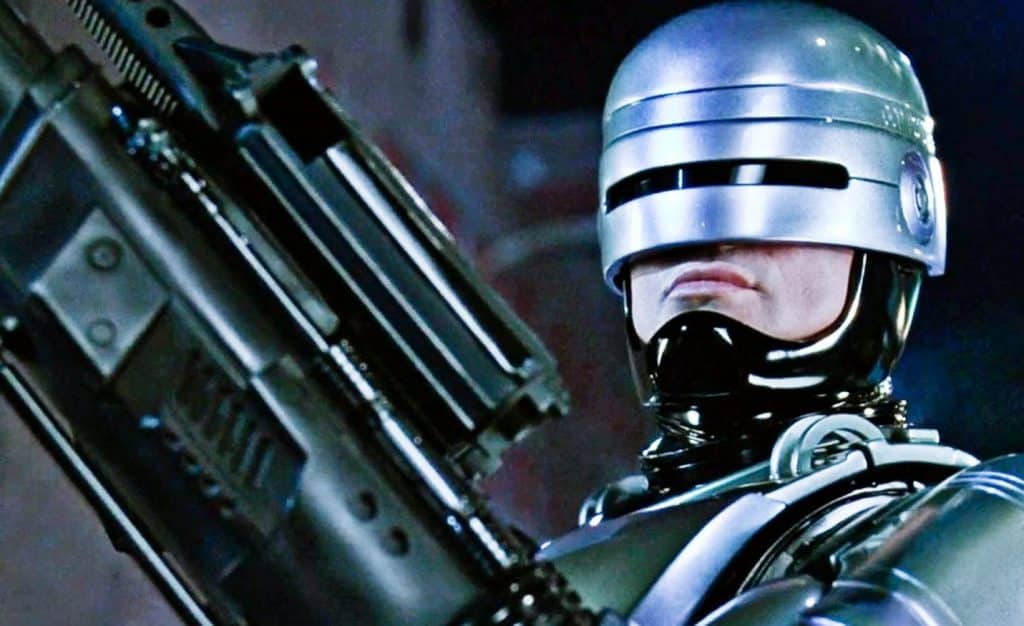 It’s fair to say that despite hauling in $142m in profits, Jose Padhila’s RoboCop reboot did not reinvigorate the franchise in the way that MGM had been hoping for. A distinctly unmemorable affair, it was slated for presenting audiences with a total lack of creativity or originality. So the studio has decided to roll the dice again, this time putting their faith in a somewhat divisive and controversial saviour. Neill Blomkamp.

The steadily fading fortunes of the Robocop series are eerily similar to the uncomfortable career trajectory of Blomkamp himself. Despite the runaway success of his 2009 debut, District 9, his output since then has alienated and even angered cinema-goers. Both Elysium and Chappie were perceived as box office failures, and the very public death of his proposed Aliens passion project has seen the disgruntled director returning to work on TV commercials and internet short films.

Which raises a very large question mark over wether Neill Blomkamp is the right man to be entrusting the financial future of an iconic million-dollar movie franchise. His steadfast refusal to compromise with studios on his own vision and ideas have largely been seen as a major contributory factor in the poor performance of his own movies. Having said that, it is possible he might just be exactly what the ailing film series is desperately in need of.

The 2014 Robocop movie utterly failed to connect with audiences, largely due to a lack of effort on the part of everybody concerned. The script, what little there was, somehow managed to jettison every single concept and idea that had made the original such a big success. And not one of the big names attached to the project managed to muster a memorable acting performance.

Paul Verhoeven’s nightmarish vision of a future America still makes for uncomfortable viewing, but the key concepts and themes that it contains are an exact match for the various dystopian futures that Blomkamp has created in his previous Hollywood movies. Any successful reboot would need to be prepared to put US politics, finances and moral fibre right under the microscope, so perhaps the uncompromising South African director is exactly what the studio is looking for.

Speaking to Deadline today about the news, Blomkamp had this to say:

“The original definitely had a massive effect on me as a kid. I loved it then and it remains a classic in the end of 20th Century sci-fi catalog, with real meaning under the surface. Hopefully that is something we can get closer to in making of a sequel. That is my goal here. As I’ve gotten older, the part that really resonated with me is identity, and the search for identity. As long as the human component is there, a good story can work in any time period, it’s not locked into a specific place in history.”

He went in to add:

“What’s so cool about RoboCop is that like good Westerns, sci-fi films and dramas, the human connection is really important to a story well told. What draws me now is someone searching for their lost identity, taken away at the hands of people who are benefiting from it, and seeing his memory jogged by events. That is most captivating.”

As well as Blomkamp, writer Justin Rhodes has been bought aboard to rework an existing sequel script that was originally produced but never used back in the 1980’s. What’s interesting about this aspect of the project is that it would see the new movie follow in directly from the events of the 1987 movie, and render the existing sequels, TV show and 2014 film irrelevant.

What do you guys think? Has this one got a big FAIL stamped on it from the very get-go? Or is the controversial decision to hand the reins to Blomkamp actually quite brilliant? Sound off below!

Continue Reading
You may also like...
Related Topics:RoboCop, RoboCop Returns