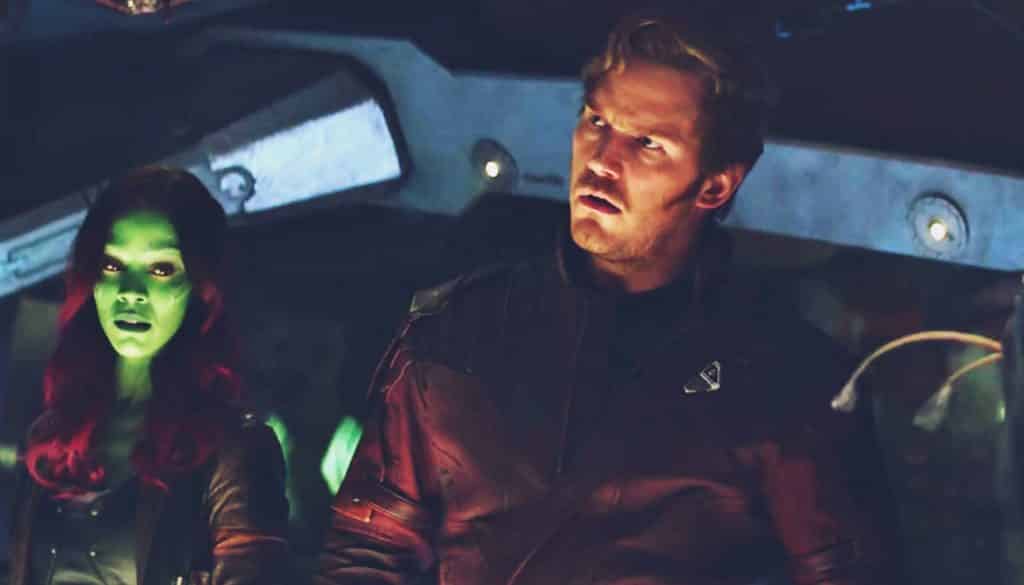 The news of James Gunn being fired from the upcoming Guardians of the Galaxy Vol. 3 shook and divided fans. The news came following the discovery of some old but seriously offensive tweets from the director, on subjects like rape and pedophilia. Although Gunn has received a lot of criticism for his actions, members of the Guardians of the Galaxy franchise and fans have spoken out in his defense. Chris Pratt and Zoe Saldana had stayed quiet on the situation, until now.

Actress Zoe Saldana, who plays Gamora in the franchise, took to her Twitter account to share a message about what has been happening. Although she isn’t very specific and doesn’t mention the director’s name, she emphasizes her love for the Guardians of the Galaxy family. You can see the tweet below:

It’s been a challenging weekend I’m not gonna lie. I’m pausing myself to take everything in before I speak out of term. I just want everyone to know I love ALL members of my GOTG family. Always will.

Chris Pratt shared his views in the form of a bible quote. The Star-Lord actor quoted the Epistle of James in the New Testament. You can see the tweet below:

“Understand this, my dear brothers and sisters. Let every person be quick to listen, slow to speak, slow to anger.”

Karen Gillan also shared her views in a couple of tweets. She said:

Love to every single member of my GOTG family.

Just to clarify, I'll speak more on this later but just wanted to make sure that was out there. Love to you all.

We can assume that Chris Pratt, Zoe Saldana and Karen Gillan will have more to say on the matter eventually, alongside Dave Bautista, who added more to his initial comments:

What will you do when the #cybernazis attack you? Who will stand by you? Who will cowardly distance themselves from you? Who will punish you for horrible JOKES in the past instead of defending you for INSPIRING millions? MILLIONS!!! #Redemption #injustice @JamesGunn

1. I hope it goes without saying that I love and support my brother James. And I’m quite proud of how kind, generous, and compassionate he is with the people in his life, whether they are friends, family, colleagues, fans, or strangers.

2. Since he was a kid, it was clear he had a desire (maybe destiny) to be an artist, tell stories, find his voice through comics, films, his band. The struggle to find that voice was sometimes clunky, misguided, or downright stupid, and sometimes wonderful, moving, and hilarious.

3. Since devoting his entire life to the Guardians movies and MCU six years ago, I’ve seen him channel that voice into his work on those movies and seen him transform from the guy who made up things to shock people.

4. I saw firsthand as he went from worrying about “softening his edge” for a larger audience to realizing that his “edge” wasn’t as useful of a tool as he thought it was. That his gift for storytelling was something better.

5. I saw that he was more open-hearted than the guy who needed to get a rise out of people by making nasty or offensive jokes (or whatever you choose to call them–I don’t think his bluer material was ever his funniest and neither does Mom).

6. In many respects this change in my brother was reflected in the change that the Guardians go through. I’ve heard my brother say many times that when Quill rallies the team with “this is our chance to give a shit”–to care–that it’s the pep talk he himself needed to hear.

7. It’s part of what made working on the Guardians movies such a rewarding experience for the cast, myself included. We managed to find ourselves involved in a big-budget superhero movie that was, at its core, deeply personal. That’s a gift. And that’s why it’s good.

8. This isn’t new information, by the way. It’s all stuff that James has explained many times in interviews, in more detail and more eloquently. It’s not some new spin. It’s always been part of the story.

9. So I guess my hope is that fans continue to watch and appreciate the Guardians movies, not despite the fact that the filmmaker used to be kind of a jackass, but because of it. They are, after all, movies about discovering your best self.

10. Working on those movies made my brother a better person, and they made me one too. I’m proud of that. Peace.

These aren’t the only people that have spoken up on the situation so far. Michael Rooker, who played Yondu in the Guardians of the Galaxy films deleted his Twitter because of what happened. Before deleting his account, he said,

“This account will be inactive after today. We’re very tired & upset over the ongoing BULLSHIT… neither I nor my rep will use Twitter again. Twitter sucks and I want nothing to do with it.”

Although it would certainly seem that the director has a lot of support from the Guardians of the Galaxy cast, we are yet to hear from some members of the franchise. Namely Vin Diesel, Karen Gillan, Bradley Cooper and Pom Klementieff. We can only assume that they will share their views in time.

So, what’s next for Guardians of the Galaxy Vol. 3? Right now it is still unclear. Both Disney and Marvel are yet to comment on the status of the movie and now the project is lacking a director. It is also unknown if the studio still plans to use the script that James Gunn wrote for the movie. Production is scheduled to start early 2019 for release in 2020, but we’ll just have to wait and see about that.

What are your thoughts on the situation? Tell us in the comments!