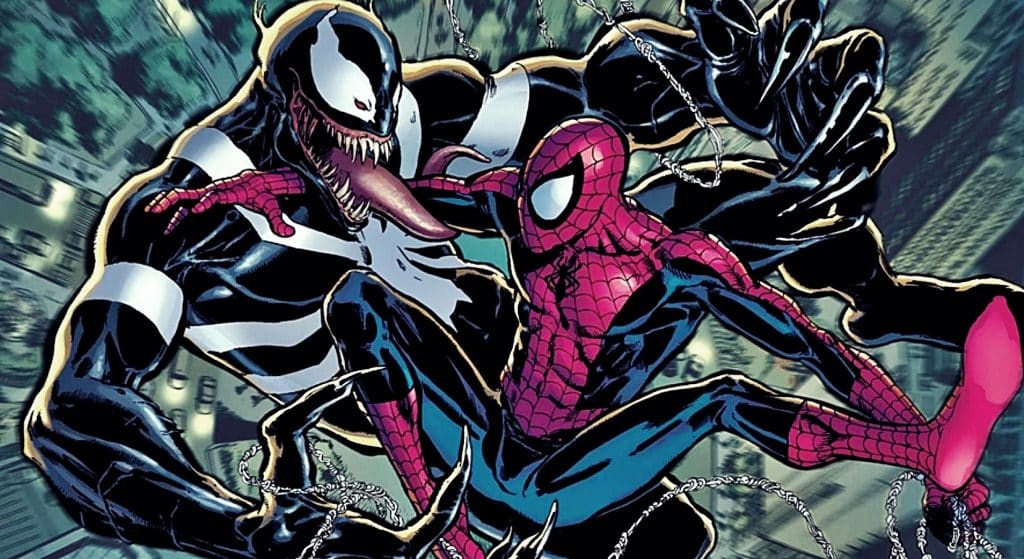 Marvel Comics is making some major changes to the Spider-Verse, and it involves Spider-Man as well as one of Spidey’s most infamous foes/allies in Venom. One is set to solidify its true origins while the other is about to have a conflict of personalities. We should warn you, however, that this article contains spoilers for Venom #4 and Amazing Spider-Man #2.

First off, let’s talk about Venom. Marvel has brought Eddie Brock and the symbiote back together in recent months, and given the character new life (partially due to his cinematic version hitting theaters in just a few months). Now, the comics are diving deeper into the symbiote’s origin. Eddie is speaking with the God of the Symbiotes, and is learning that their history runs far deeper than anyone knew.

The Symbiote God actually predates even the Celestials, living in the Void before time, and the creation of the symbiotes was initially of sinister design. The Symbiote God saw the Celestials as a threat to the Void, so he forged the first symbiote; a sword called All-Black, the Necrosword. (This sword was first featured in the 2013 run of Thor, linking the Asgardian to the symbiotes)

This sword was forged in the burning heart of a dying Celestial with a hammer who rang thunderous clangs with every strike. This is why fire and loud noises frighten and affect the symbiotes. 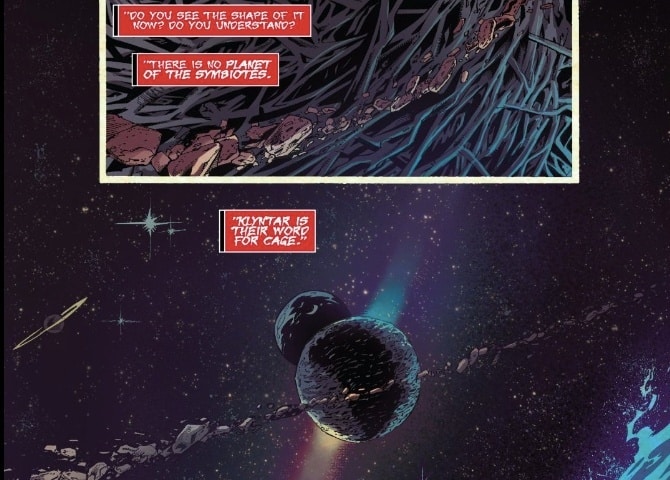 After losing his sword, the Symbiote God learns to create the parasitic symbiotes we know today, and uses his control over them to conquer worlds. When he came to Earth during the time of the Vikings, he ended up facing Thor, who blasts him with lightning strong enough to break his control over the symbiotes. This is where things get interesting.

Apparently, Thor’s “light” opened up the hive mind of the symbiotes to a more benevolent way of life. They were no longer evil, and saw their “God” as a threat. They, in turn, decided to imprison him with his own creation. They enveloped him in a planet size living cage. And the symbiotes’ word for cage? Klyntar.

That’s right, the home world of the symbiotes is actually a living cage, entrapping their evil God within itself. Even the name “Venom” gets a backstory, as the God called the light that “infected” his symbiotes “Venom”.

Now, onto the man himself, Spider-Man. Everyone’s favorite Wall-Crawler hasn’t exactly had it easy as of late in the comics. Now, he’s about to go through a whole new change. Whether it’s good or not, only time will tell. 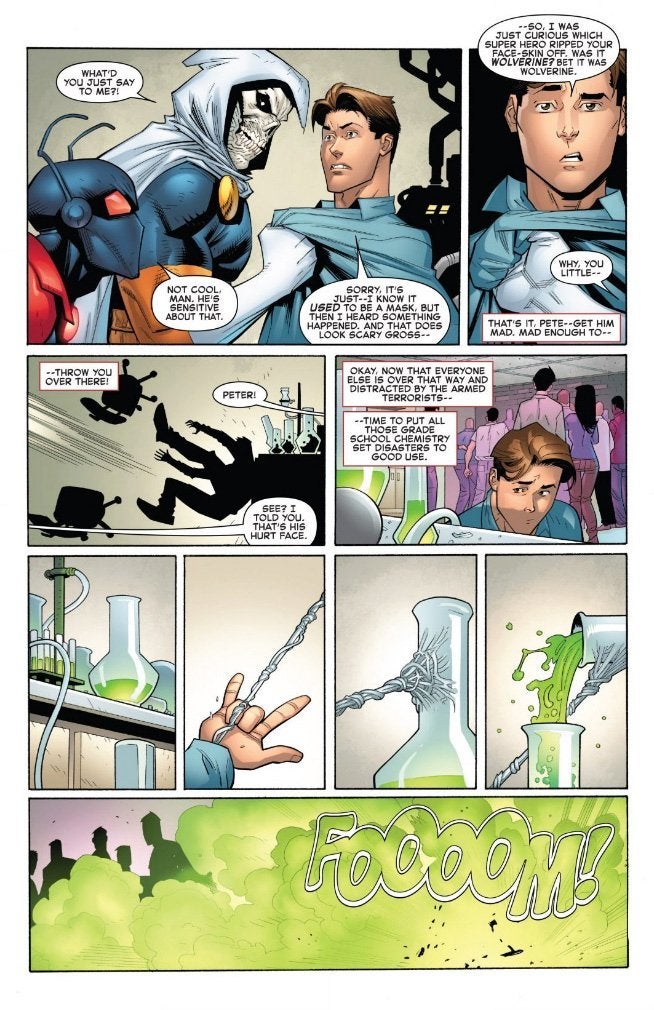 Peter Parker is hanging with his friend and mentor, Dr. Curt Connors, working on an Isotope Genome Accelerator, which could potentially reverse engineer the effects of a radioactive spider bite, for an example. But, before they get the chance to really look into it, Taskmaster and Black Ant show up for the device. Connors turns into the Lizard to protect the students in his class, but Peter can’t help without giving away his secret identity.

So, he decides to tease Taskmaster to provoke him into throwing him across the room. And he doesn’t disappoint.

Now, Peter sees his opening to change into his uniform, but first, he needs some cover. He decides to smash some chemical bottles and create a cloud that will hide him while he changes. Unfortunately, the change isn’t exactly what he expected. As the cloud clears, Spider-Man helps one of the students off the ground, and that student is… PETER PARKER!

Somehow, Peter and Spidey have been split into two different people! And, Parker admits he recognizes Spider-Man, but in a “fan” kind of way. 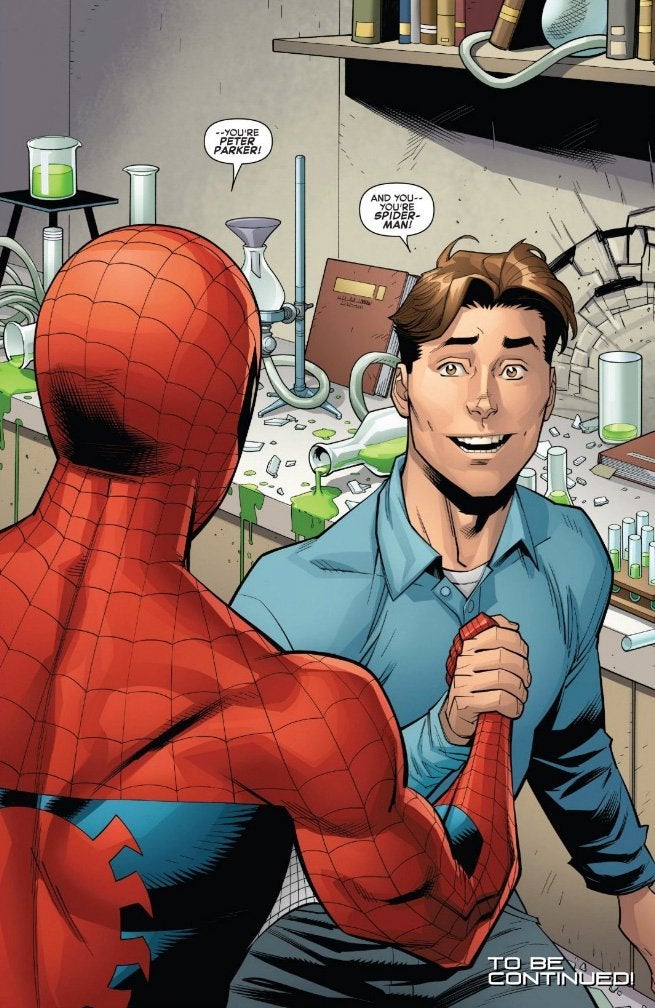 So do they share past memories? Do they know they were originally one and the same? We’ll have to wait for further issues to see where this goes, but it create a whole new and interesting dynamic where Peter can live a normal life while there is still a Spider-Man to protect the world.

What do you think of these comic revelations? Let us know in the comments below!