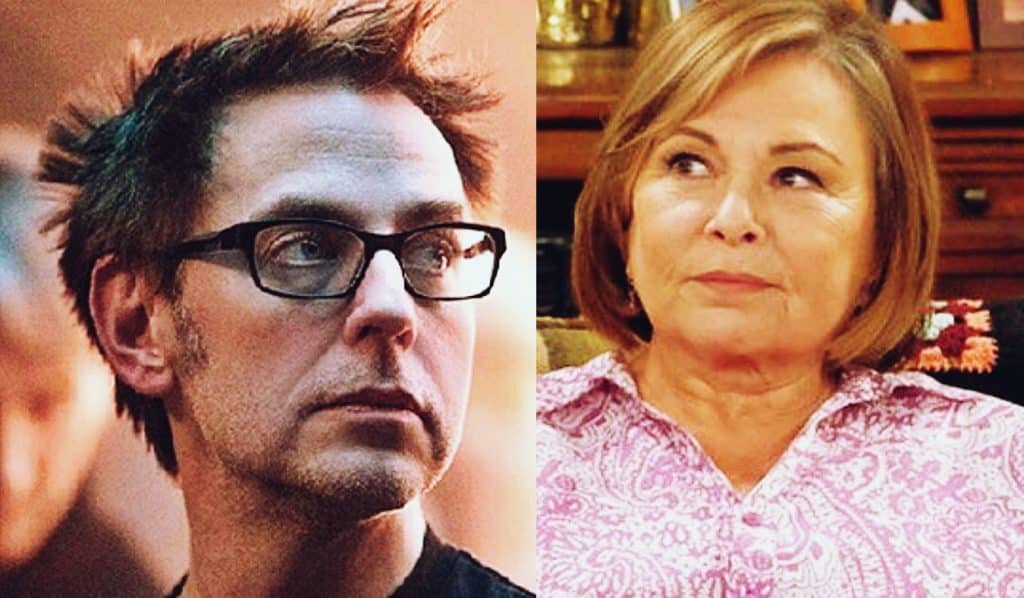 Following the recent firing of director James Gunn from the movie Guardians of the Galaxy Vol.3 due to offensive Tweets unearthed from years ago, the director has received an outpouring of support from fans and colleagues from the franchise. However, Actress Roseanne Barr has shared her disgust at the support James Gunn is getting.

Roseanne Barr went through a similar situation to that of Gunn. In May, the actress had her sitcom, Roseanne, cancelled by Disney-owned ABC following uproar regarding a racist tweet aimed at Valerie Jarrett, a former Obama adviser. ABC later resurrected Roseanne in the form of a spin-off show named The Conners, but only after coming to an agreement with Roseanne Barr that means she won’t get any financial benefit from the show.

The actress has taken to Twitter to share her discontent towards the support James Gunn has received after his firing. She said:

I’m disgusted to read all of the support for James Gunn’s pedophile jokes-as the same people supported blacklisting me for a joke they didn’t even understand.

The actress has maintained that the tweet in question was innocent and she didn’t realise that Valerie Jarrett was black. Fans and Roseanne co-stars, including Sara Gilbert and Michael Fishman condemned Barr for her actions. James Gunn has had a very different experience, receiving tons of support from fans and Guardians of the Galaxy stars, including Dave Bautista, Zoe Saldana, Chris Pratt, Michael Rooker and Karen Gillan.

Roseanne Barr initially released a statement apologizing for her racist tweet, but since her stance has changed and she has become defensive, suggesting that her firing was politically motivated.

It’s also interesting to point out that James Gunn tweeted this about Roseanne after she was fired (couldn’t find the link to the actual tweet):

James you murdered yourself with your own words. If a joke shouldn’t destroy your career, then I give you exhibit A. With your own reasoning, Disney is perfectly fine to cut ties with you. Move on and enjoy your free speech! pic.twitter.com/jpGctNrNtz

James Gunn released a statement after the decision was made to let him go from Guardians of the Galaxy Vol.3, in which he apologized for his actions 10 years prior. Despite the distaste shown by stars and fans at the decision, including a petition to re-hire the director, it doesn’t look like anything is going to change anytime soon.

What does the future hold for Guardians of the Galaxy? Right now it is unclear, we will just have to wait and see.

What do you think of Roseanne Barr’s statement on the situation? Tell us in the comments!

Continue Reading
You may also like...
Related Topics:Guardians of the Galaxy, James gunn, MCU, Roseanne Barr

‘Judge Dredd: Mega-City One’ Is Not A Cartoon – In Case You Thought Otherwise
Marvel Just Made Major Changes To Spider-Man And Venom
Advertisement
Advertisement
To Top