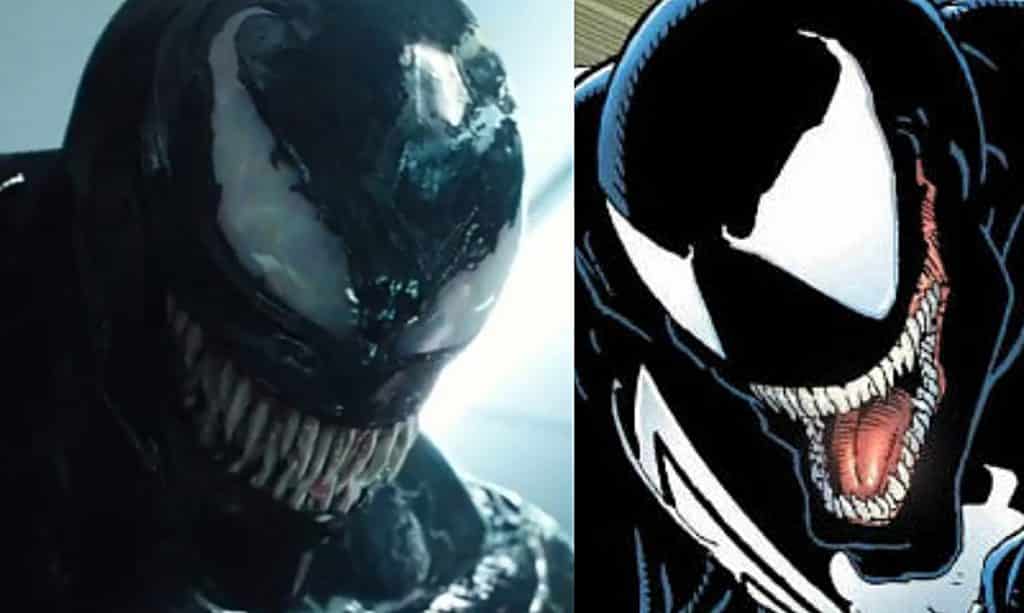 Another new trailer for Sony’s Venom movie surfaced and following along that, news has scaled with some new interesting criticisms. Despite the pronunciations of words or some of the odd writing choices for “turd in the wind”, it is without a doubt that Tom Hardy’s portrayal of the monstrous anti-villain is one we’ve wanted to see corrected for a very long time. And wouldn’t you know, even he has a face a father would love…for the most part.

Venom co-creator Todd McFarlane took to his usual Facebook streaming sketches for a special episode centered around Venom. He praised it very well with how it looks on screen, but as any artist with their own style, a few “tweaks” were in need to make it closer to his classic vision.

You can check out the video and the master at hand below – and there’s a picture before it in case you don’t want to watch the video:

The new @VenomMovie trailer dropped yesterday! I think most of the #Venom costume looks COOL…BUT here’s some tweaks from the co-creator of Venom (that’s me by the way). https://t.co/GJzsf0tS5M pic.twitter.com/pywOecGHaW

Just last year at New York Comic Con, we talked to McFarlane about the casting of Hardy in the role. In addition to his seal of approval, he did go into detail as to what he really wanted to see:

Judging by his words from the video, it seems that he’s going to get the monster he birthed on the silver screen just about right.