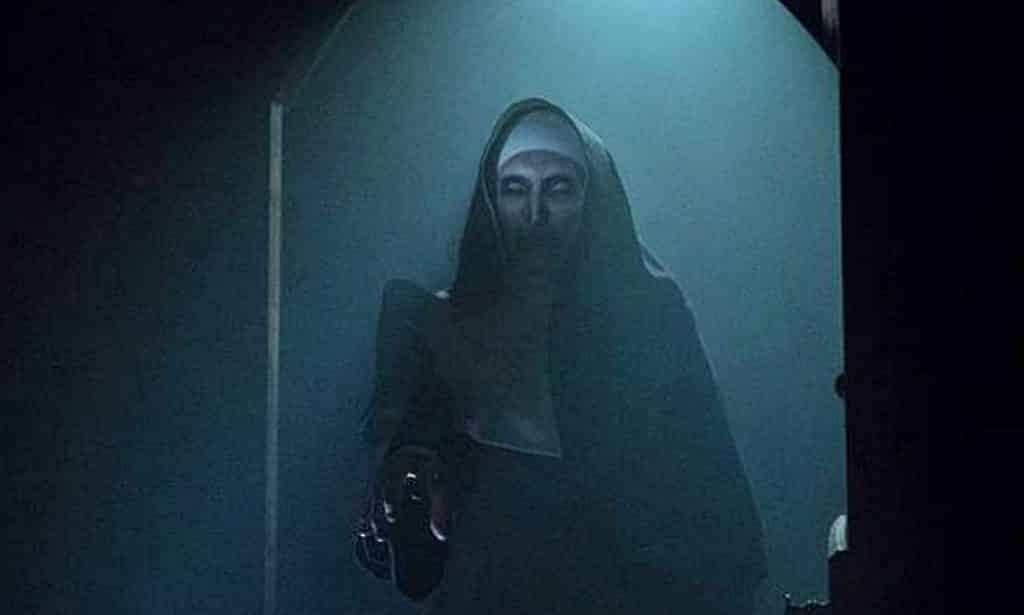 Corin Hardy’s newest addition to The Conjuring universe in The Nun will be released next month. In July, New Line released the movie poster and exclusive footage from the film at San Diego Comic-Con. Now we have some creepy images from the film. You can see them in the tweets below:

Prepare to whimper from under your wimple – we’ve got two brand new images from @corinhardy‘s Conjuring horror #TheNun. Take a look: https://t.co/yPlLoSuoiS pic.twitter.com/wTJtRjXJfJ

Empire shared the pictures and in the first one we can see Demián Bichir as his character, Father Burke, being pursued by the spooky title character. The next picture features a closer look at The Nun herself, who is the demon named Valak.

The movie is a prequel to James Wan’s The Conjuring 2, the movie in which we first see the infamous Nun. The story is set in a Romanian monastery in 1952. In The Nun:

Bonnie Aarons is the actress behind the demonic sister and she will be acting alongside Ingrid Bisu, Demian Bichir, Jonas Bloquet, Charlotte Hope and Taissa Farmiga.

The Nun will be released on September 7.

What do you think of the new images? Are you looking forward to the release? Tell us all of your thoughts in the comments!