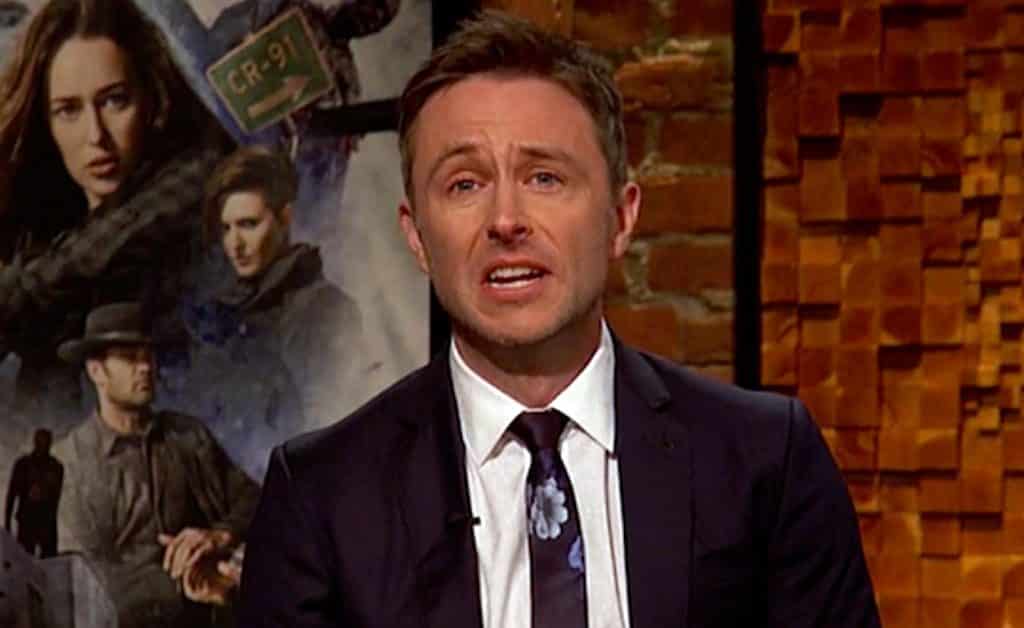 After a tumultuous few months of damning accusations and an investigation that eventually cleared him of any wrong doing, Chris Hardwick made his emotional return to AMC’s The Talking Dead, and was brought to tears while thanking his fans and speaking about how the show and everything that comes with it is a vital part of his life.

As transcribed by Variety:

“I really just want to take a minute and I want to say that I’m so appreciative to be standing here right now, and I want to thank you, ‘The Walking Dead’ community, for all your support over these past couple months. This show is not just a job to me, this is a vital part of my life, this has been a sanctuary these last seven years we’ve been here.”

“It’s been with me through good times and bad and I’m so grateful to the fans, producers and the amazing casts of both of these shows for allowing me to come here and be a part of this community every week,” he continued. “This is what this is, a community, and we’re on the precipice of a lot of changes on both ‘Walking Dead’ shows in the coming weeks and months, and I am so looking forward to going on that journey with you. And I’ve said the following words a million times, countless times, and I’ve never been more thankful than I am in this moment to say to you: I am Chris Hardwick and this is ‘Talking Dead.’”

Hardwick was let go by AMC after his ex-girlfriend, Chloe Dykstra, back in June claimed in an ambiguous essay that a certain ex of hers had demeaned her, sexually abused her, and blacklisted her in Hollywood. All signs in the essay pointed to Hardwick, so AMC released him while they conducted their investigation. Yvette Nicole Brown replaced Hardwick as interim host, as well as took his place as panel host at San Diego Comic Con.

AMC took their time and investigated the allegations thoroughly, and stated upon his reinstatement at the end of July,

“We take these matters very seriously and given the information available to us after a very careful review, including interviews with numerous individuals, we believe returning Chris to work is the appropriate step.”

There is still some uproar over his reinstatement as host, with some believing he actually committed these heinous acts. But, after Dykstra refused to work with AMC’s investigators, including not releasing any of the supposed evidence she had as proof, along with the massive amount of support from other exes of Hardwick and his current wife, AMC saw no evidence of wrongdoing and brought Chris back to the show he loves.

In a time where it seems a sexual misconduct scandal pops up in Hollywood every five minutes, it is nice to see some true investigating and justice moving forward. As bad as these awful predators are, and there have been many, it’s just as bad to falsely accuse someone of such a heinous act. Hopefully we, as a society, can move forward and find the predators while not damning the innocent.

What are your thoughts on Hardwick’s reinstatement? Do you think AMC did the right thing? Let us know in the comments below!