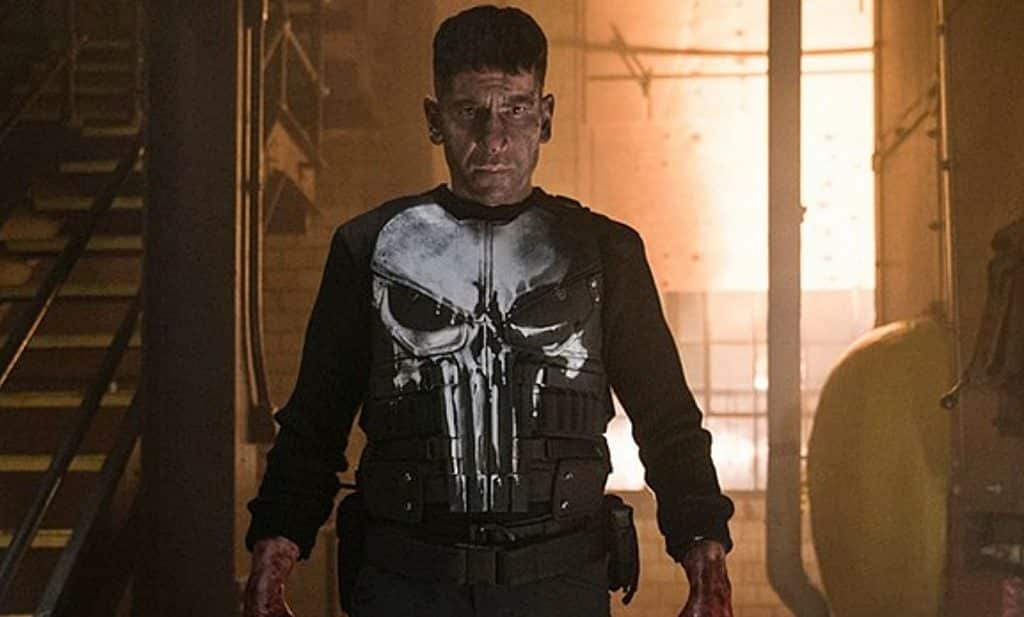 It’s turned out to be a damnably good old week for fans of the Defenders TV shows. First up came the news that Season 3 of Daredevil would be arriving unexpectedly early before the end of the year. As if that wasn’t exciting enough, it’s also been revealed that season 2 of The Punisher has now finished filming, leaving plenty of time for the show to fit nicely into the 2019 slot that had previously been set aside for Daredevil.

The news has come from an unlikely, but totally reliable source. Of all the cast and crew associated with the making of The Punisher, it’s actor Jason R. Moore (Curtis Hoyle) who has always been the most active on social media. He drummed up huge amounts of media and fan speculation in the run up to Season One by sharing promotional material for the show on his Instagram account. And now he’s at it again.

This week, Moore posted an Instagram photo of himself, Jon Bernthal (wearing a rather fetching USMC sweatshirt) and one of the show’s directors from the NYC set. It came accompanied with the simple tagline, “It’s a wrap!”

As well as Moore, Season 2 will see both Amber Rose Revah (Dinah Madani) and Ebon Moss-Bachrach (Micro) reprising their season one roles. It will also feature the return of a suitably scarred Ben Barnes as Frank’s traitorous army buddy Billy Russo (Jigsaw), though he’s not going to be the only villain making an appearance.

Corbin Bernsen and Annette O’Toole have been cast as a wealthy and sadistic married couple named Anderson and Eliza Schultze. Josh Stewart will also be playing a sinister religious figure by the name of John Pilgrim.

The official synopsis for Season Two is as follows:

“After exacting revenge on those responsible for the death of his wife and children, Frank Castle (Jon Bernthal) uncovers a conspiracy that runs far deeper than New York’s criminal underworld. Now known throughout the city as The Punisher, he must discover the truth about injustices that affect more than his family alone.”

With principal photography confirmed to be in the can, it means we’re now highly likely to see a teaser trailer for the show prior to the end of 2018.

Given the growing amount of tepid fan feedback to some of the other existing Defenders shows, it’s hoped that the runaway success of The Punisher will be able to restore the reputation of the Netflix shows as some of Marvel’s finest work.