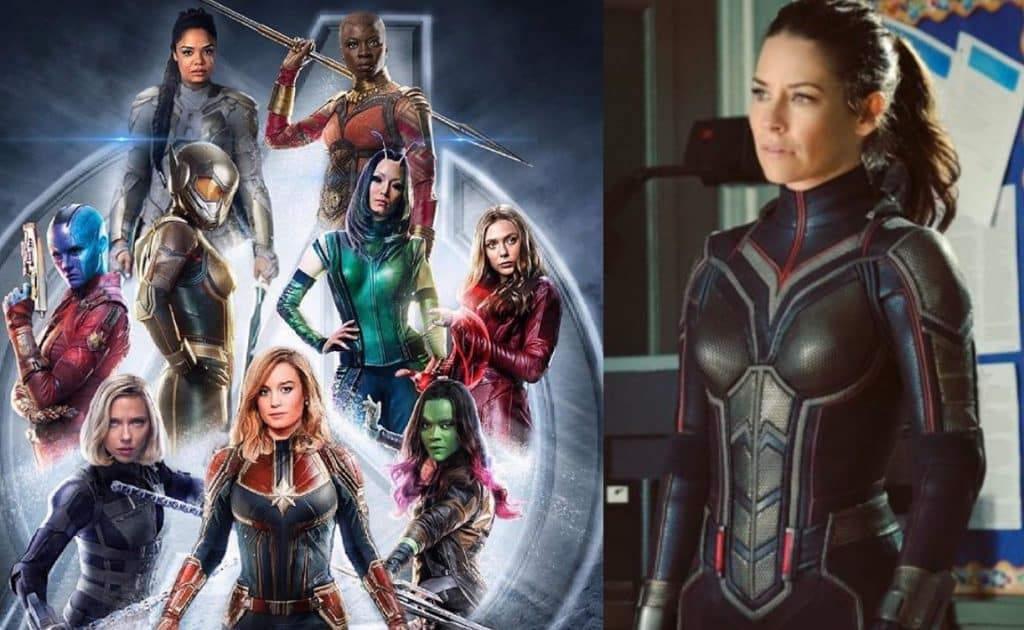 It’s undeniable Wasp actress Evangeline Lilly is a badass. From squashing uncomfortable fashion standards about her costume experience to speaking out on her discomfort with certain shootings of Lost, she marks herself as an empowering actress and icon in female and superhero characters alike. That being said, it’s no surprise that talks of an MCU A-Force adaptation would spark her interest immediately. Kevin Feige has mentioned the possibility of adapting an all-female Avengers ensemble with Marvel’s leading ladies before, and adapting off the comic series of the same name may just be the right move.  Though nothing has been confirmed yet, Lilly recently spoke out what an A-Force movie would mean for her, added with an outgoing reaction to one of her favorite Avengers: Infinity War moments.

Lilly was at Fan Expo 2018 in Toronto this weekend, promoting The Squickerwonkers, a series of books she is working on with her illustrator Rodrigo Bastos Didier. I approached her with some additional discussion on the speculated project. While understandably unable to give details on any progression, Lilly did provide us with her reaction to seeing an iconic moment in Infinity War:

I was at the premiere of Avengers: Infinity War with some very enthusiastic watchers. There was this moment where one of the female Avengers, Scarlett Witch, was trapped in a trench, and that horrible female Thanos villain [Proxima Midnight] was going to kill her. She went in saying along the lines of “now you’re all alone”. And then what happened next? She’s not alone, bitch! And I literally got out of my seat and was like “Yeah!”

Going full circle, she brought up what she felt A-Force should be at its core:

This amazing moment with women just supporting women and that feeling in my gut. I didn’t mean to, I was on my feed before I knew it was happening! Paul Rudd’s looking at me like “what are you doing?” But that’s what I want to see: women supporting women.

If you haven’t yet seen the fan poster that was made for an A-Force movie, here it is:

A-Force fan made poster with all female Avengers

In an even more interesting series of bits, it turns out we learned a surprising piece of trivia from Didier and the illustrator’s actual connection to the Marvel Cinematic Universe:

I have a secret to tell you. Ant Man & The Wasp, if you see when Hope enters the restaurant and talks to Sonny Burch? I’m the waiter at the restaurant.

Even when talking last month on that rumor, Lilly has shown her enthusiasm on the possible project.

“Dude, there’s talk of an all-ladies MCU movie amongst the MCU ladies. We would love to do that, and I think we should all put as much pressure as possible on Kevin [Feige] to make that happen.”

While the confirmation of an A-Force movie is still unknown, we are still very excited to see her interact with other Marvel characters of both male and female variety with the likelihood of returning to Avengers 4 and possible future projects in the MCU.

You can check out Evangeline Lilly in Ant Man & The Wasp, currently playing in theaters. You can also purchase her latest Squickerwonkers book, The Demise of Selma the Spoiled, exclusively on the official store website now for a limited time before it releases in Spring 2019.