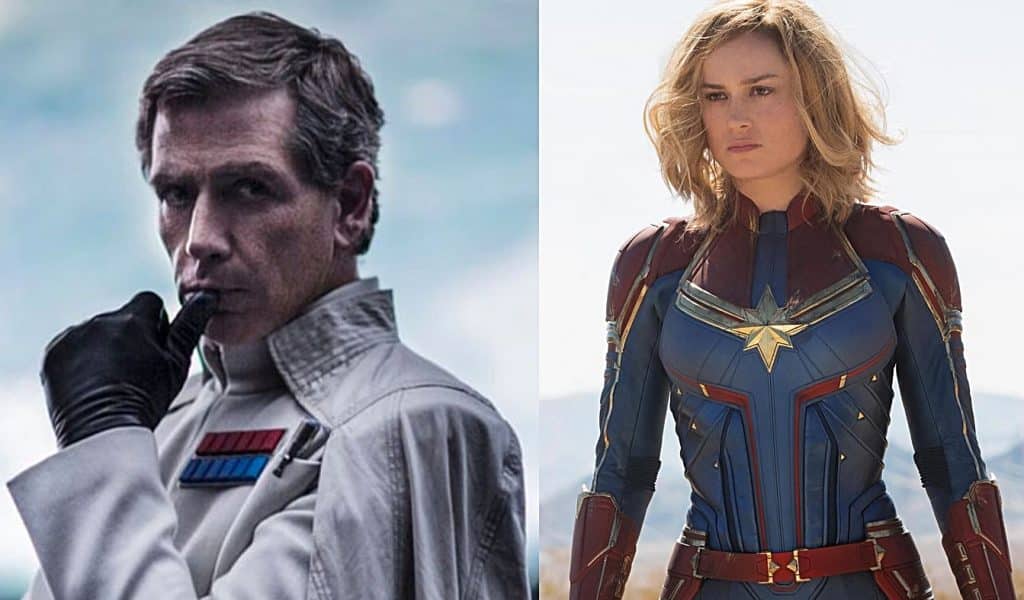 So much news is coming out of the release of the Captain Marvel pictures revealed today. We finally got an official look at the comic accurate red and blue Captain Marvel uniform as well as looks at Ronan the Accuser, Jude Law’s Mar-Vell, a de-aged Nick Fury, and even a glimpse at Maria Rambeau. But, one of the biggest reveals has been our first look at a major addition to the Marvel Cinematic Universe, and the villains of their first ever female heroine led solo film; The Skrulls.

Along with the Skrull race, we got our first look at their leader in the film, Ben Mendelsohn’s Talos.

It needs to be pointed out that there are going to be some drastic changes from the comics version of Talos to the film version. In the comics, Talos is a rare Skrull born without the ability to shape shift. In turn, he uses cybernetic enhancements to excel in warfare and to quickly be known as a fearsome and vicious fighter.

The EW photos confirm that in the MCU Talos CAN shape-shift, as he takes on a human form and infiltrates S.H.I.E.L.D.

In the comics, Talos couldn’t shape-shift.

However, as seen from the pictures and the captions attached, this MCU version of Talos will in fact be able to shape shift, and will also not have any of his cybernetic enhancements (at least not that we can see yet from these pics). While some die-hard fans may be upset over this seemingly major change to the character, I, for one, feel that it makes the most sense for the flick.

Ben Mendelsohn is a phenomenal actor, with tremendous range, and it will definitely be best to see him shape shift into a ‘human’ form, so as to subversively infiltrate S.H.I.E.L.D., similar to a spy, or even Hydra’s infiltration shown in Captain America: Winter Soldier. We will get more than a one dimensional villain, as Mendelsohn will not only fight as a Skrull warrior, but will also play mind games and be a cerebral assassin as well. 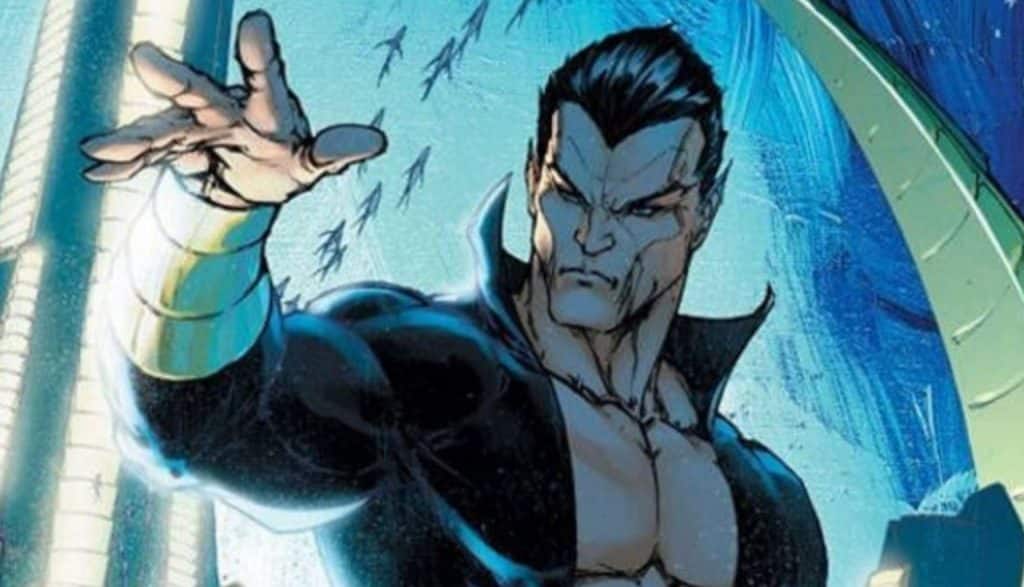 On a side note, I would like to point out the similarities between the look of the Skrull in the MCU and Namor, the Sub-Mariner. To help with this comparison, the pic released has the Skrull exiting the water, like a possible Marvel Atlantean would do. Maybe the Skrull could lead to an explanation for Namor’s existence? We’ll definitely explore this theory more.

What do you think of the MCU Skrulls? Are you excited to see Ben Mendelsohn as Talos? Let us know in the comments below!