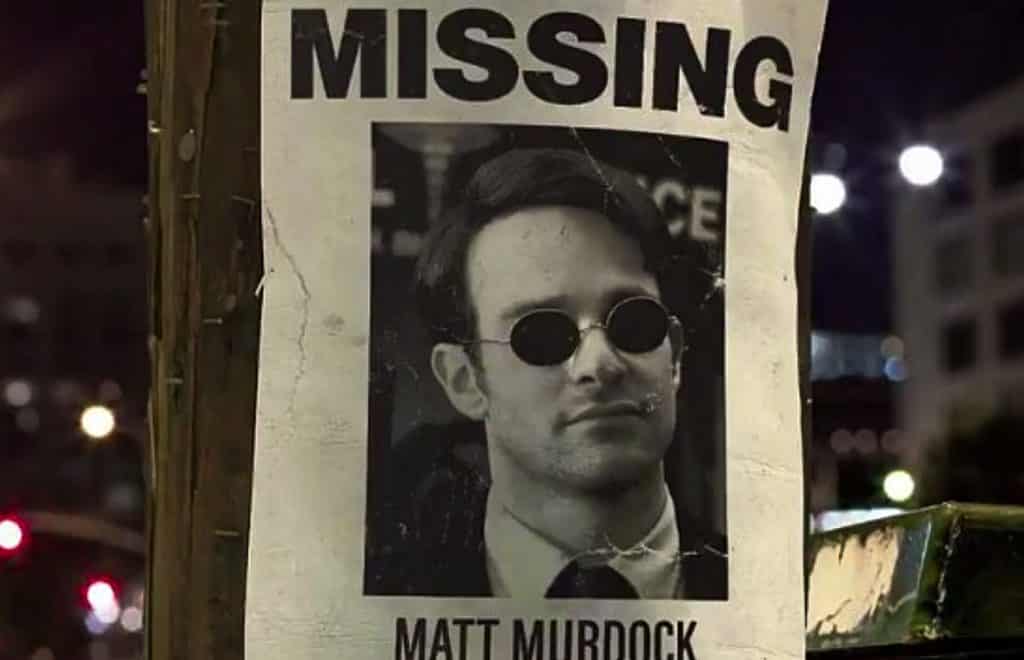 Of all the different Defenders shows that the Marvel and Netflix collaboration has produced, Daredevil remains the most consistently popular with both critics and fans alike. Unlike its rivals, DD already has two completely faultless seasons under its belt, and Marvel are now visibly cranking up the hype for the show’s upcoming third season.

The company had already gone and sent fans into an utter frenzy with the announcement that the launch date for the incoming season had been moved forward for a late 2018 arrival. Then came the announcement that the show would have a panel on display at next month’s New York Comic Con. And today Marvel went and dropped the first video teaser for season three on their official Twitter account.

It’s not much, but an 8 second high-speed video shows a black and white MISSING poster for Matt Murdock, pinned to a lamppost as the New York traffic speeds by in the background. Add this new little promo to the other announcements the studio has already made, and everything points to the fact that we’ll be seeing the first official trailer for the show drop at NYCC.

What we know so far from the limited official information that has been released in relation to the show’s production, it will be closely following the iconic Born Again story arc. This will see Matt recovering from the near-fatal injuries he sustained at the end of The Defenders S1, treated by his estranged mother Sister Maggie Murdock (Joanne Whalley).

The storyline will also see not only crime-lord Wilson Fisk declaring war on The Man Without Fear, but the full force of the FBI coming to bear, as they attempt to enforce the Sokovia Accords on a domestic basis. Casting calls and character descriptions are also teasing the long-anticipated arrival of an MCU version of Bullseye in Hell’s Kitchen, an unnamed character played by Wilson Bethel (Hart Of Dixie).

As always, the instant that new information about Season 3 comes to light, we’ll be sure to bring it right to you…