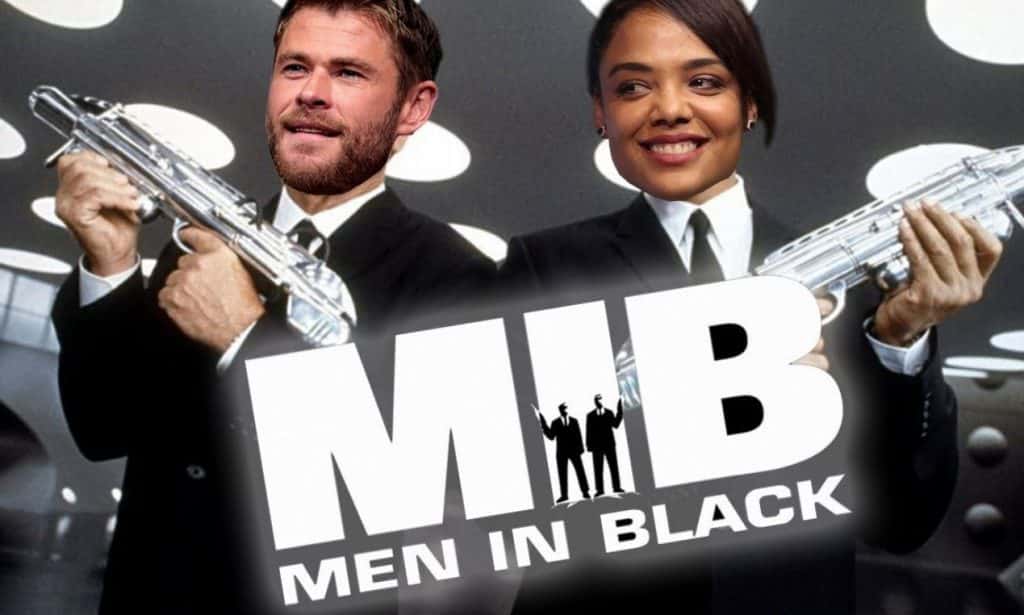 Shooting is underway in the UK for Sony’s Men in Black 4 movie. Chris Hemsworth and Tessa Thompson are playing our lead duo in the movie, Agent H and Agent M. Fans got a close look at the pair in their recognisable Men in Black outfits in a set video shared originally on Instagram. In the clip, you can see the two actors messing around on set. Although the uniforms are typical to that of the Men in Black franchise and exactly as expected, we haven’t seen much from the set of the movie so far so fans were still excited by this glimpse.

Yeah, so I’m gonna need Chris Hemsworth and Tessa Thompson to be the leads of every movie going forward. Thanks in advance. pic.twitter.com/ruL0gbi348

Everyone has remained super tight lipped on plot details for the movie. We know that the mystery involved in the storyline will take the duo around the globe, which certainly differs from the previous movies in the franchise. Acting alongside the Thor: Ragnarok stars are Kumail Nanjiani who is reportedly playing the role of an alien sidekick, Rafe Spall and Liam Neeson. Emma Thompson will be reprising her role as Agent O. Agent J and Agent K won’t feature in the movie, although it does take place in the same universe as the trilogy that centred around them.

Some fans of the original trilogy have been very vocal of their disapproval of a Men in Black movie without Agent J and Agent K. I am also inclined to wonder if it will work as well without the pair that made the franchise what it was. However, Chris Hemsworth and Tessa Thompson are both fantastic actors and I’m hoping that the film will end up being a good one, even if it isn’t the duo we know and love.