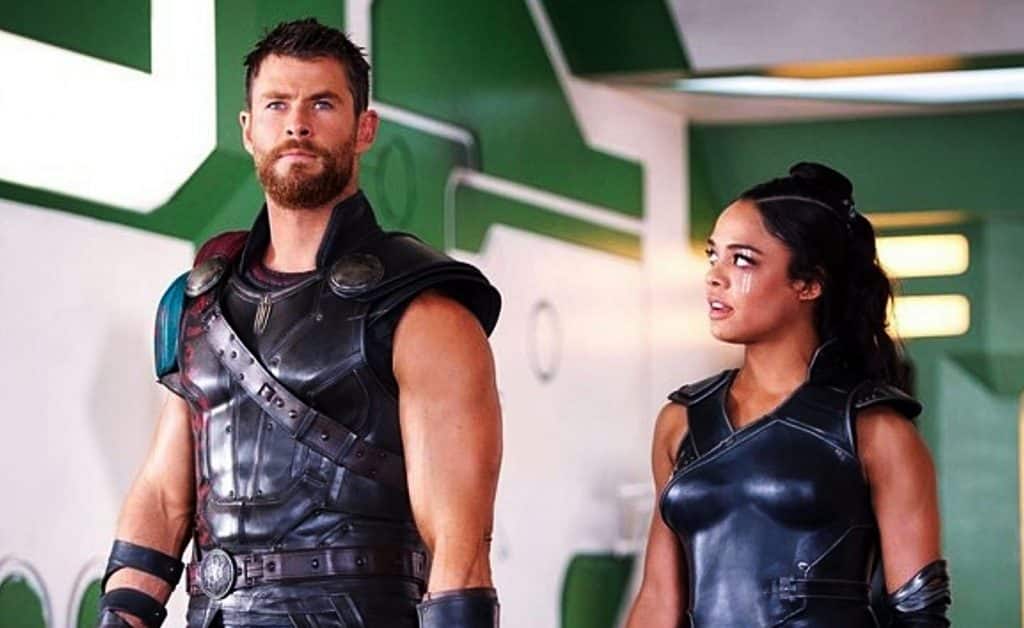 Men in Black 4 is due to be released next year by Sony. We got our first look at Chris Hemsworth in his role due to some leaked set photos a few weeks ago, and now, we have our first look at Hemsworth alongside Thor: Ragnarok co-star, Tessa Thompson. The pair are reuniting for this Men in Black revamp/spin-off, on which filming started in London, where it is alleged that the story will be based.

We can see the duo wearing the typical Men in Black attire. It’s been reported that starring alongside the pair are Kumail Nanjiani who is said to be playing an alien sidekick, Rafe Spall in an undisclosed role, Liam Neeson, who is expected to play a key role and Emma Thompson will be returning for her role as Agent O. Although Agent J and Agent K won’t be making an appearance, the movie is set in the same universe as the trilogy that followed them.

Although we still don’t know a great deal about the plot, we do know that the story will include more travel than the previous instalments. Chris Hemsworth said,

“…they’re trying to change up the locations, make it feel unique and different to the last ones as well. So I think you might even see some different countries, maybe.”

I still don’t know how to feel about a Men in Black movie without Tommy Lee Jones and Will Smith. Their chemistry took the trilogy to another level, and I don’t know if that can be copied. I will reserve judgement until the movie is released, but I can’t help thinking that maybe some things are better left alone. As soon as we have more information on the project, we will share it.

What do you think of these new images? Tell us in the comments!