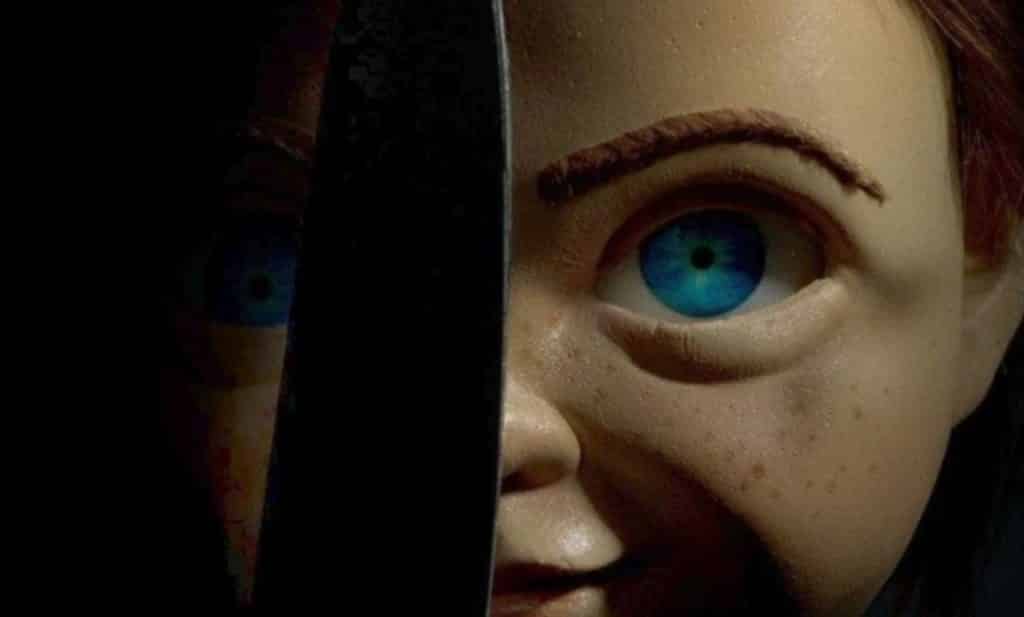 It’s no surprise that the upcoming Child’s Play reboot has gotten a pretty negative reaction. Fans have already deemed the movie pointless, considering there’s a series already in development set in the same continuity of the original films. Just last week, we were given our first look at the new Chucky doll, and that made fans think it was even more pointless. Fans aren’t the only ones who aren’t on board, though, as Chucky co-creator Don Mancini shared his very straightforward thoughts on the movie.

THIS IS ALL I HAVE TO SAY ON THAT SUBJECT pic.twitter.com/r2llIGSDWx

Here’s a sample of fan reaction for the movie:

So here’s our first look at the new Chucky from that remake of Child’s Play nobody was asking for. Not being voiced by Brad Dourif. No involvement from Don Mancini. With the original franchise still going strong, I ask…

Not sure how I feel about the #ChildsPlay reboot. Nobody can do it like Brad Dourif.

Is brad dourif still the voice? Cause that chucky looks silly!

A CHILDS PLAY reboot is coming without Don Mancini and without Brad Dourif doing the voice. Excuse me while I vomit over this nauseating glimpse of the ‘new’ Chucky pic.twitter.com/r5BSraj8CP

First look at the new Chucky. No thanks. Reboot the franchise with the right people or don’t at all 🤢 pic.twitter.com/1EL08vwomh

I will take a hard pass on this one, should have on the last one ✌️

If @TiffnyMovieStar saw the new Chucky come in her house: pic.twitter.com/C9k77uEh3f

Yeah Halloween with real people. They got the new chucky looking dumbasl like that.

I’m pissed that the new chucky looks like Pinocchio 🤥

“Here’s Your First Look at the New Chucky Doll” pic.twitter.com/TskqmwLvyB

so this supposed to be the new chucky? No sir. pic.twitter.com/ZGr0PdU13S

No Brad Dourif, no viewing from me. It’s gonna be Solo all over again with someone trying to act like another actor.

do we need all these remakes though really?! Sabrina the t. witch, Childs Play, Charmed are just to name a few aye. LEAVE THEM BE. it makes me sad that kids these days will watch the remakes thinking they’re the either shit films or good, without watching the originals 🤦🏻‍♀️

It wasn’t all bad:

Director of the upcoming reboot, Lars Klevberg, recently spoke about the film, saying:

“Child’s Play was, and is, one of my all-time horror movies and it was one of my introductions to horror. I got the script [for the remake] and it was really really good, and I knew it was from the producers from IT, and I jumped in immediately.”

When asked about Mancini’s non-approval of the film, Klevberg said:

“Everyone is a huge fan of Don Mancini. [If] he was making this movie with us it would be really amazing, but we understand he has his reasons. We are extremely grateful to him and will always be. He’s someone I look up to.”

He also said they haven’t cast someone to play the role of Chucky yet, as we know it won’t be Brad Dourif:

“Our Chucky will be our Chucky and he will be presented when the movie comes out. We haven’t cast that role yet.”

This will definitely be something we’re monitoring. For the record, we’re open to giving it a chance. Here’s hoping it delivers.

‘Daredevil’ Season 3 Said To Be The Best Of The Marvel Netflix Shows So Far
‘X-Men: Dark Phoenix’ First Trailer Has Leaked Online
Advertisement
Advertisement
To Top