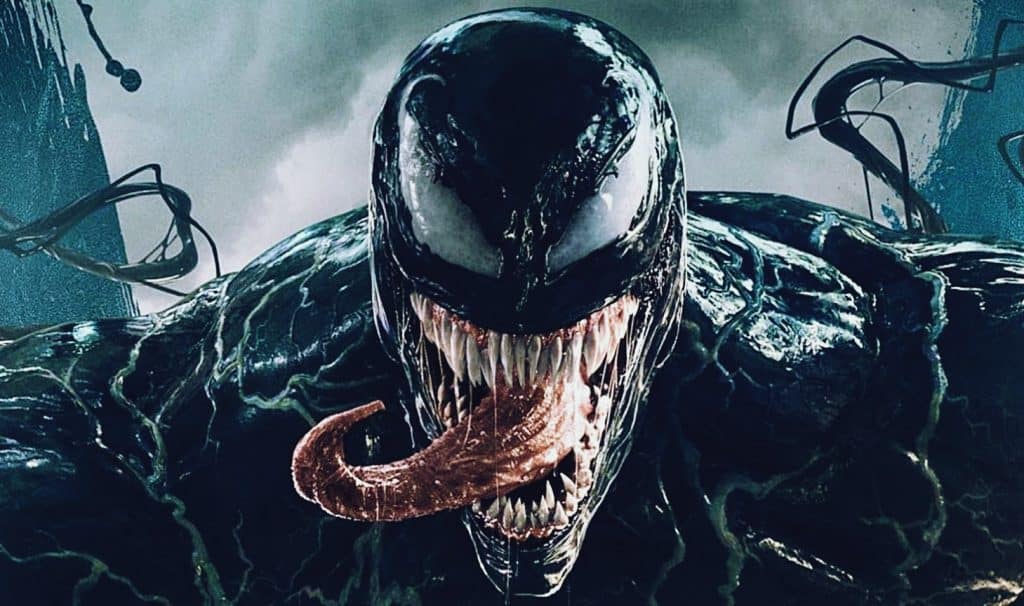 The Venom movie is less than a week away, but Sony Pictures is just now releasing an official synopsis – and it confirms what pretty much everyone already knew. Venom’s origin will differ from his comic book origin.

One of Marvel’s greatest and most complex characters takes center stage as Eddie Brock (Tom Hardy) becomes the host for the alien symbiote Venom. As a journalist, Eddie has been trying to take down the notorious founder of the Life Foundation, genius Carlton Drake (Riz Ahmed) – and that obsession ruined his career and his relationship with his girlfriend, Anne Weying (Michelle Williams). Upon investigating one of Drake’s experiments, the alien Venom merges with Eddie’s body, and he suddenly has incredible new superpowers, as well as the chance to do just about whatever he wants. Twisted, dark, unpredictable, and fueled by rage, Venom leaves Eddie wrestling to control dangerous abilities that he also finds empowering and intoxicating. As Eddie and Venom need each other to get what they’re looking for, they become more and more intertwined — where does Eddie end and Venom begin?

Based on the Marvel Comics

This film is rated PG-13 by the Motion Picture Association of America for intense sequences of sci-fi violence and action, and for language.

This isn’t really a surprise to fans, as Spider-Man will be non-existent in this film (although the door is open to his appearance in future films). In the comics, Spider-Man was one of many heroes and villains kidnapped by the Beyonder for the ‘Secret Wars’ event. During the time on the alien planet, Spider-Man’s costume was massively damaged. But, a strange ooze enveloped the Web Swinger, and created a new black suit for him.

Over time, Spidey realized that the suit was actually an alien life form, and although it gave him greater strength and organic webs, it also caused him to become overly aggressive and violent. Fearing the alien symbiote was taking him down a path he didn’t want to traverse, Peter forcibly removed the symbiote. At the same time, disgraced reporter, Eddie Brock, was fuming over how Spider-Man revealed that he had faked a story for press, and the symbiote fell upon him, finding a kindred spirit in their mutual hatred for the Web Head. Thus, Venom was born!

In the film, this obviously will not be the case, but rather they are incorporating a lot of the ‘Lethal Protector’ storyline into the origin of Sony’s anti-hero. Fans are divided over this film, especially with a PG-13 rating for a rather aggressive character, but until the film’s release, all of this is purely speculation. So, we’ll just have to see how next week goes as the film comes out October 5th, 2019.

What do you think of the film’s take on Venom’s origin? Let us know in the comments below!