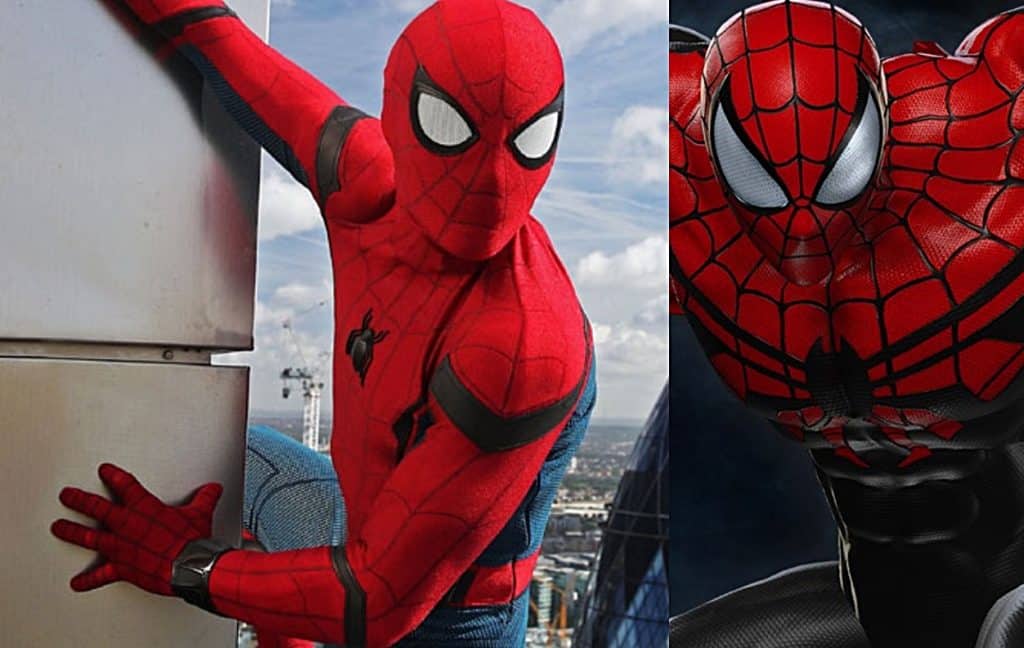 The last few weeks has brought a slew of exciting leaked images from the set of Spider-Man: Far From Home, ranging from the cool and updated version of the Mysterio suit to images of Spidey and Nick Fury hanging out on a speedboat in Venice. Fortunately for fans, the excitement does not stop there. New footage has surfaced on Instagram from user ComicGodz of the recent filming in New York, showing Spider-Man (who we assume is Tom Holland under this particular mask) swinging Michelle/”MJ” (Zendaya) to safety.

While these two characters are together, along with the multiple other shots of the pair have people hinting to the blossoming relationship between the two characters, it’s the suit Spidey himself is wearing that’s the intriguing part of the footage.

🚨🚨🚨 so Magneto is working in the city and look who he bumps in too! They’re shooting Spiderman: Far From Home 🔥🔥. Peep his suit!!! Video credits to our admin Magneto. @tomholland2013 @zendaya @spidermanmovie – 🃏 • • • No copyright infringement intended and if you repost give us credit! • • • #marvel #marvelcomics #marvelstudios #mcu #spiderman #spidey #peterparker #tomholland #zendaya #farfromhome #spidermanfarfromhome #ned #avengers #thanos #infinitywar #avengers4 #comics #comicbooks

Great looks at the updated red & black Spider-Man suit seen today on the NYC set of SPIDER-MAN: FAR FROM HOME!

Set photos of a new suit from SPIDER-MAN: FAR FROM HOME have been released! 🕸 pic.twitter.com/6rXNDRQmH1

The new suit shows off a more original, Steve Ditko-esque design to it, showcasing the red and black colour scheme as opposed to the more well known choice of red and blue. This was very close to how Spider-Man looked in his first outing, before later artists adopted the more iconic blue look which became the staple design throughout the nearly sixty year run. While this is not the only change (other most noticeable differences are the white spider logo on the back of the costume), it is definitely the most eye-catching detail, but the suit itself does ask the question of why?

At the end of his first solo film, Spider-Man was left with a sleek and mostly accurate take on the classic costume fans were, on the whole, happy with. After that the high tech and impressive looking iron spider costume from infinity war took many fans breath away and gave more power to the character than has ever been seen on the screen before. Couple this with other leaked set images from filming sites in Venice show a stealth, S.H.I.E.L.D style suit for a separate part of the film and the red and black suit seems to be an unnecessary change. 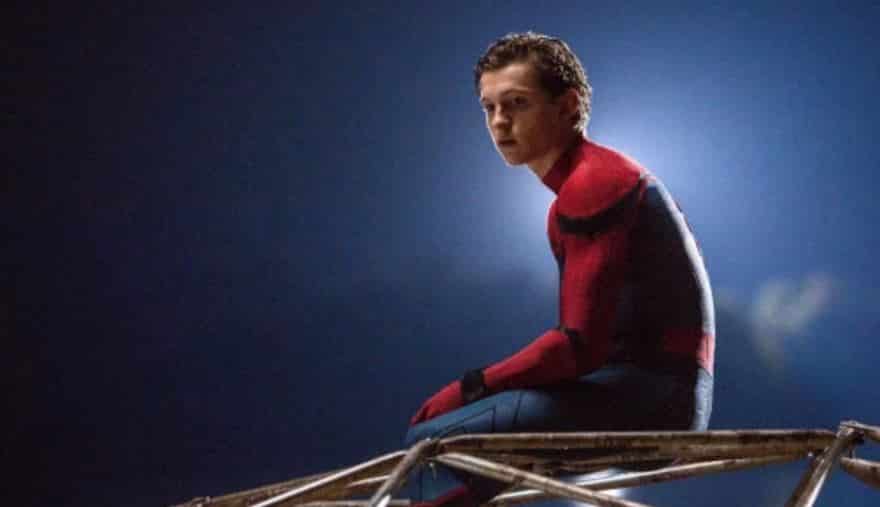 However, this is Marvel and they tend to have reasoning for every little thing. One thing’s for sure, as the fifth suit Tom Holland will wear in what will be his fifth movie appearance (providing he appears in Avengers 4 and doesn’t have any more secret suits we don’t know about yet), this on-screen adaptation of Spider-Man is becoming increasingly more loyal to the source material.

If the red and black suit is to stay, then it’ll show that even in the MCU, Spidey will be able to enjoy a variety of suits, while still returning to his classic, icon design.