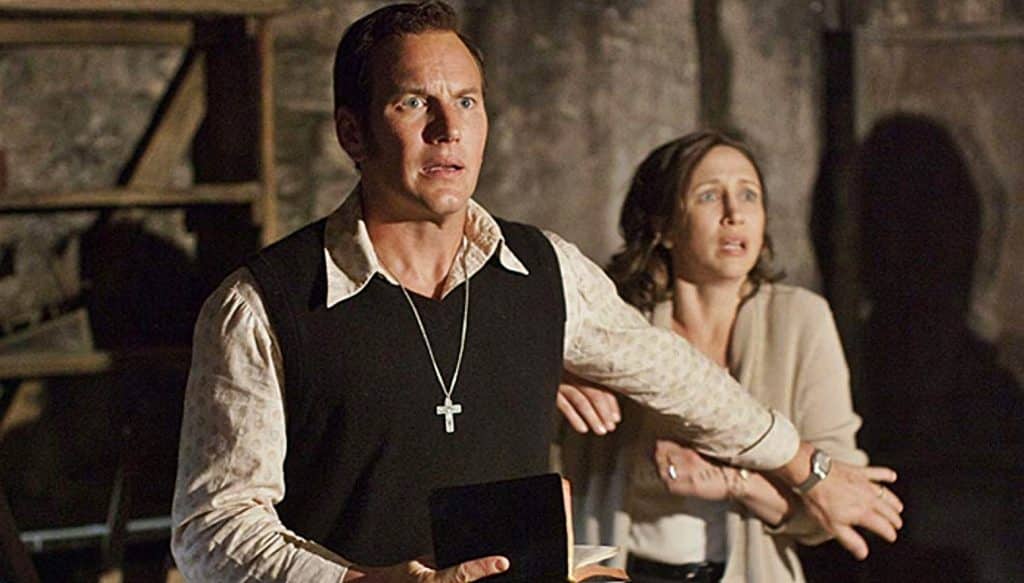 The Conjuring 3 will be another in a long string of films taking place in the Conjuring Cinematic Universe, alongside the upcoming Annabelle 3 and The Crooked Man, which will be a spin-off centered around a character that made an appearance in The Conjuring 2, like The Nun. Although the Annabelle movies and The Nun got some bad critic reviews the movies in The Conjuring franchise, which started it all, largely have pretty good reviews. It certainly doesn’t look like the franchise, or it’s universe will be slowing up anytime soon and now there is news of what we can expect story-wise from The Conjuring 3.

Bloody Disgusting have shared some exclusive details about the plot of the upcoming third movie in The Conjuring franchise, which will be directed by Michael Chaves and produced by James Wan. It is reported that Vera Farmiga and Patrick Wilson’s Lorraine and Ed Warren will feature in the movie, which will be about a man on trial for murder. The man claims he is possessed by a demon and the Warrens are called upon to investigate. It is unclear whether the story is based on true events or not.

This won’t be the next time we see the Warren’s, as it has been confirmed previously that the characters will have a smaller role in the next installment of the Annabelle franchise. Although the previous Annabelle movies, along with The Nun didn’t get a great response from critics, all of the movies in the Conjuring Cinematic Universe perform well at the box office and with a loyal fans of the ever-growing movie universe, that shouldn’t be expected to change anytime soon.

Are you looking forward to The Conjuring 3? Does this rumored plot for the third installment make you more excited? Be sure to tell us all of your thoughts in the comments down below!