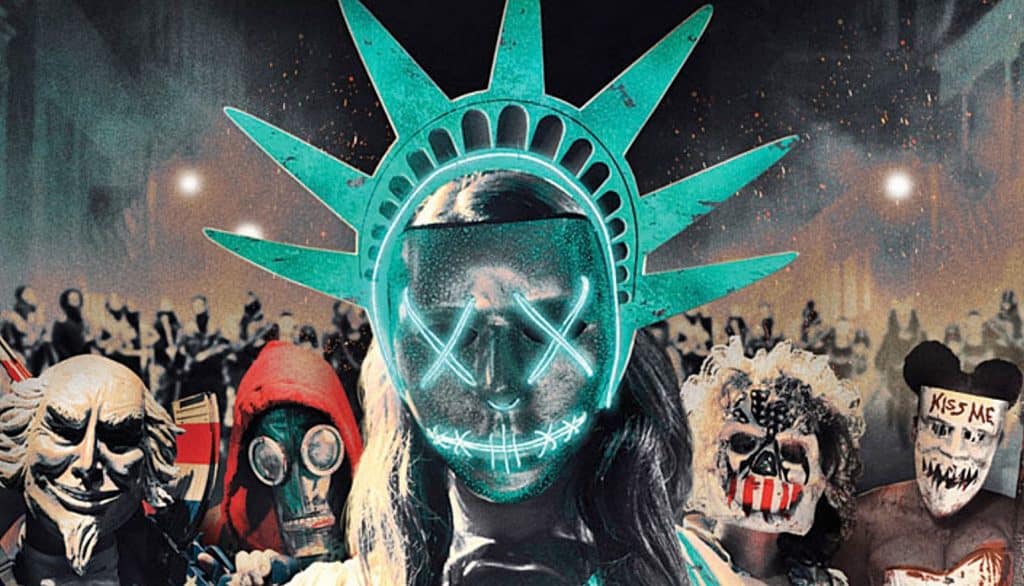 James DeMonaco’s 2013 horror The Purge birthed one of the more original horror franchises of our time. So far the story about purge night, which is a 12-hour period in which all crime is temporarily legal, has four installments. Now DeMonaco has confirmed that he has an idea for the fifth Purge movie, and that it will most likely bring the series to a close.

Speaking with Entertainment Weekly, the writer and director shared that he has been sharing ideas about the fifth installment of The Purge. He said:

“I have it in my head, I think I’m going to write it. I think it’s a great way to end it all. We want to end it all, I think, in this one, and I’m very excited. When I came up with the idea and pitched it to everybody, they seemed psyched, and I think it will be a really cool ending, how we take this one home.”

Although the Purge movies have always received super mixed reviews from critics, they always perform pretty well at the box office and fans keep coming back for more. The First Purge which was released this year brought in around $69 million at the box office which is pretty good. However, I think the decision to end the franchise on the next movie is a wise move. Horror franchise’s have been known to get a little bit out of hand with countless unnecessary sequels, better to end on a high.

Until there’s more news on the fifth and final installment of The Purge, you can catch the Tv show on Tuesdays on USA.

What do you think will happen in the last Purge? Are you sad that it will be the end of the popular horror franchise? Tell us your thoughts in the comments down below!