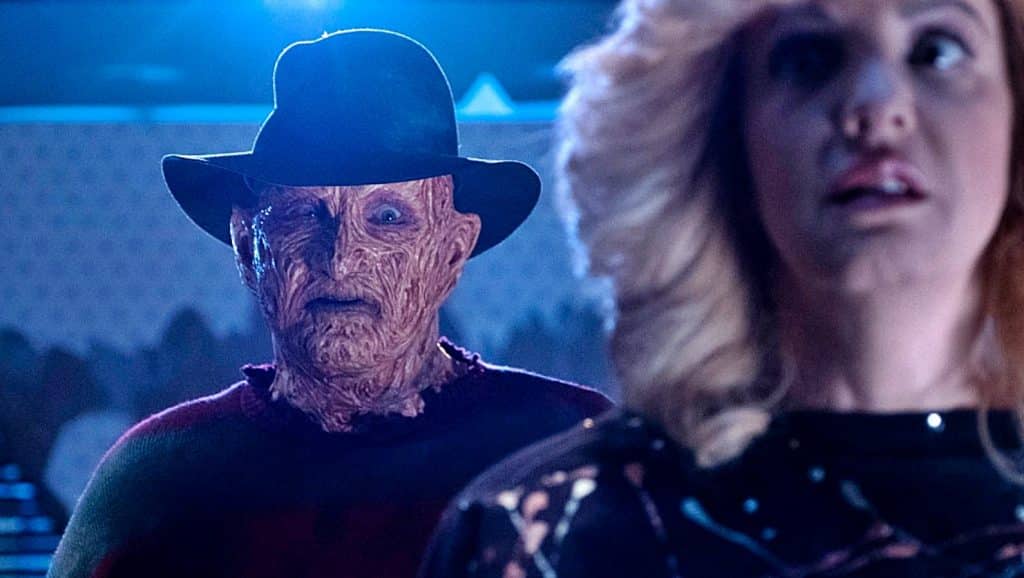 The horror legend that is Robert Englund appeared for the first time in over a decade as the character we all recognize and love him as, A Nightmare on Elm Street‘s iconic Freddy Krueger. Before his appearance on The Goldbergs was announced it was widely understood that the actor had no intention or interest in returning to the role again. In multiple interviews he had dismissed the idea, explaining it away as him being too old for it. So when it was confirmed that he would be playing Freddy for the Halloween special it came as something of a surprise to fans. Now we wonder, might this lead to another installment of A Nightmare on Elm Street?

My initial reaction still would have been no. It seemed very much like his appearance on the show was just a little treat for fans, and certainly not something that would prompt a reboot of the franchise that birthed the character. Initial promotional images shared of his appearance got a lot of good reactions, but also a lot of people commented on him being out of shape. For 71, I don’t think he’s doing too bad and it’s unrealistic for people to expect him to look exactly the same as he did 15 years ago.

However, following his cameo in Mister Knifey-Hands it is clear that age is but a number, and Englund is just as capable now as he was before to play the role that he made famous. Not only did he put on a superb performance in The Goldbergs, but the man himself recently teased the possibility of a return to Elm Street saying,

It would appear that hope is not lost and a new narrative may be beginning for Freddy Krueger.

What did you think of his performance in The Goldbergs? Let us know in the comments!