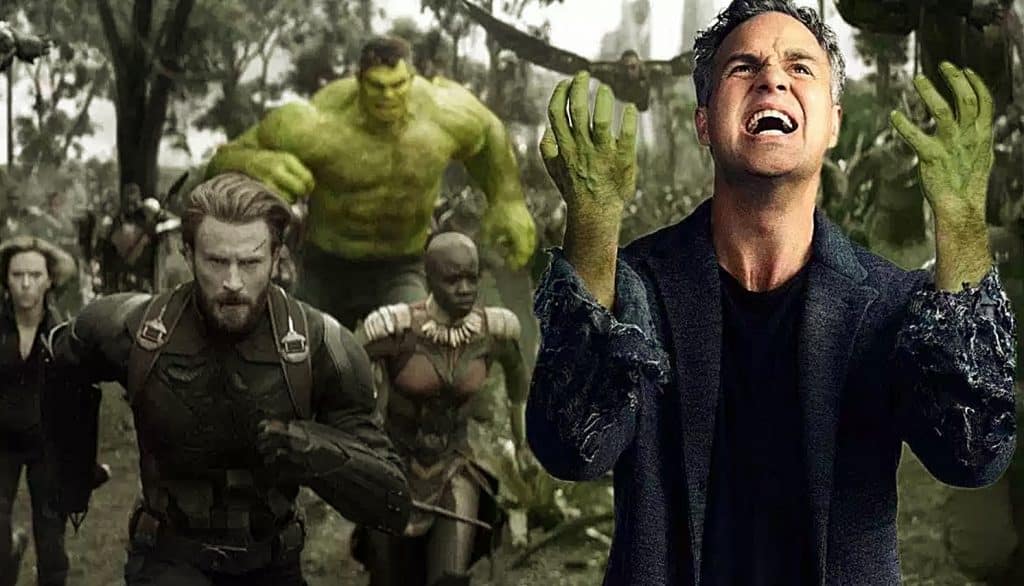 Disney and Marvel Studios has kept as much of the information for the Marvel Cinematic Universe’s Phase 3 finale, the still untitled Avengers 4, so tightly guarded, you would think they were hoarding the key to the Holy Grail in the underground vaults of the Vatican. But, for all their well measured security when it comes to their secrets, there’s always a ‘Robert Langdon’ in the group, ready to give out all the spoilers to the MCU’s equivalent to the ‘Da Vinci Code’. In this case, Mark Ruffalo, who portrays Hulk, is Marvel’s intrepid Langdon, spoiling the movie left and right.

However, the Russo Brothers, directors of the upcoming epic finale film, having taken steps to rectify the issue and have ‘fired’ the actor for good.

This all started with Ruffalo’s appearance on The Tonight Show Starring Jimmy Fallon. While the show airs at midnight each weekday night, the interviews are filmed earlier in the day. After filming his interview, Ruffalo sent out a tweet asking Fallon to graciously bleep out his little ‘snafu’ of letting the title of the upcoming film slip out during questioning. The Russo Brothers promptly responded by saying, “Mark, you’re fired”.

Cut to the Russos’ tweet when the wrapped the reshoots for A4. They included an innocuous pic that may or may not been a bit of a tease. This led to Ruffalo calling the directors out on their hypocrisy, to which they responded with, “You’re still fired.”

And now, thanks to an Instagram Q&A session at the opening of their newest bar, ‘Duello Bar’, a fan asked how they’ve kept notorious spoilerers, Ruffalo and Tom Holland (Spider-Man) from releasing secrets, Russos’ bartender casually comments, “Didn’t you fire Ruffalo?”, to which Joe Russo responded,

This is, of course, all in jest, but certainly some fans will take it to heart and continue to have growing anger over Ruffalo’s “firing”. Rest assured, though, Ruffalo hasn’t been fired, but this may be a slight clue as to his fate in A4. Ruffalo and the Hulk may not be returning to the MCU after Phase 3. Ruffalo has stated that Thor: Ragnarok, Infinity War, and Avengers 4, were, in part, a Hulk trilogy, telling an overarching story of Hulk’s progression and development. It could also be his swan song, sending the Green Goliath off into the sunset, along with (presumably) Captain America, Iron Man, and Thor.

However, we won’t actually know anything until the film hits theaters in May of 2019. Until then, the mystery will remain as such, and no amount of “spoiling” from the “fired” Ruffalo will let out the truth of the MCU’s Holy Grail.

Are you convinced of Ruffalo’s “firing”? Or is it all in jest? Let us know in the comments below!