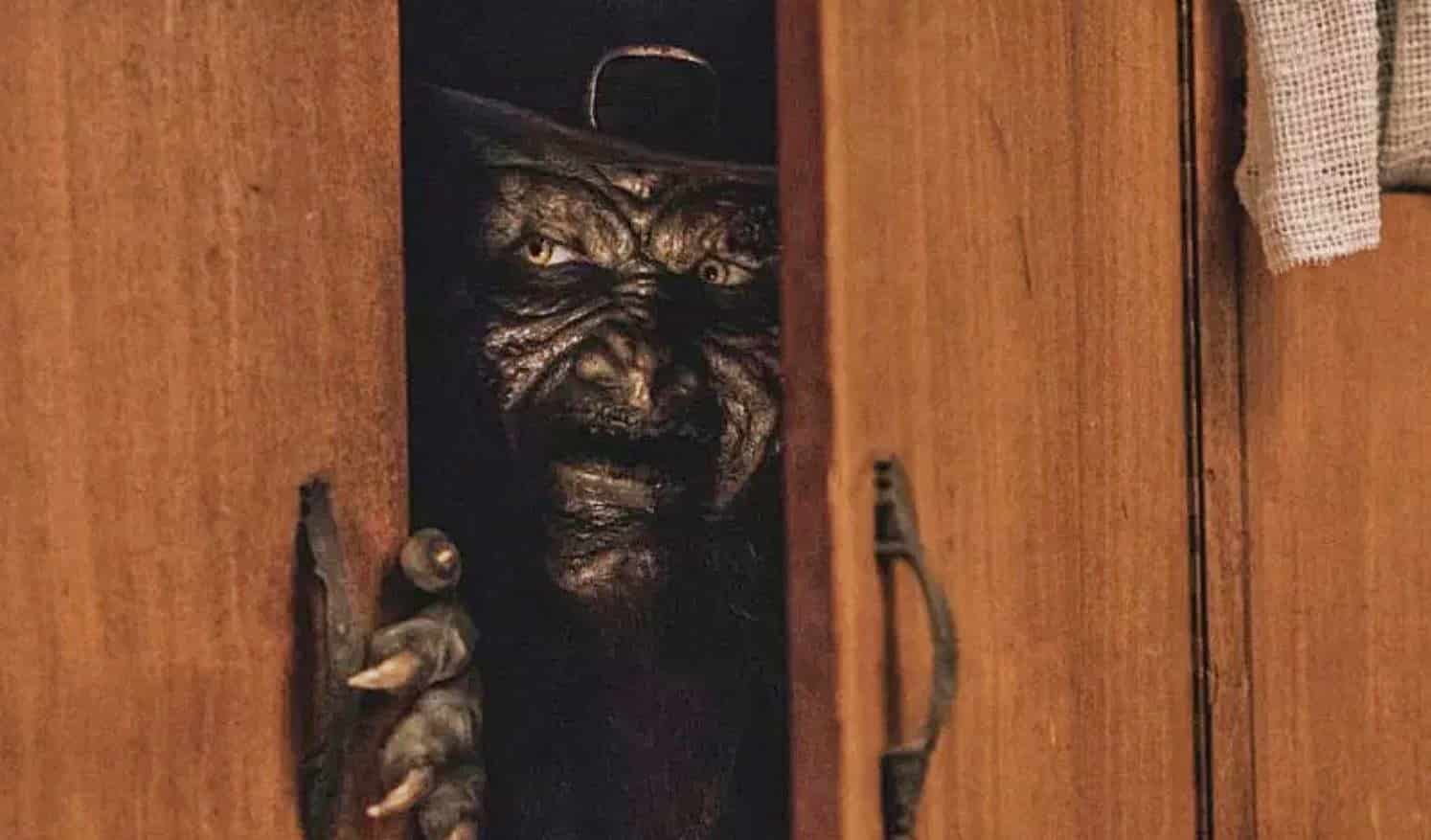 Leprechaun Returns has been talked about quite a bit since the first look we were given earlier this year. While many fans are bummed about Warwick Davis not returning to the role, it’s interesting to note that this film will actually serve as a direct sequel to the original movie from 1993. It also looks like new actor Lindon Porco does a pretty good job! The film’s first trailer is here, and it promises quite a bit of magic and gore!

In addition to the trailer, we’ve been given this new poster as well:

The trailer can be seen below:

We were also given two other posters for the film just last week:

Be careful what you wish for! Watch #LeprechaunReturns on Digital worldwide Dec. 11th! pic.twitter.com/KSaiEbBEuI

The deadly, wisecracking Leprechaun is back in all his gory glory. When the sorority sisters of the Alpha Upsilon house decide to go green and use an old well as their water source, they unwittingly awaken a pint-sized, green-clad monster. The Leprechaun wants a pot of gold buried near the sorority house, but first, he must recover his powers with a killing spree—and only the girls of AU can stop him.

No word on if Jennifer Aniston will reprise her role from the first film – but I’m going to go out on a limb and say it probably won’t be happening.

Leprechaun Returns is expected to be released on digital platforms on December 11th – and is apparently no longer a SyFy Channel release.

What did you think of the film’s first trailer? Will you be watching the movie? Tell us your thoughts in the comments!

Honoring “The Man”: A Tribute To The Amazing Stan Lee
When We Will Probably See Stan Lee’s Final Marvel Movie Cameo
Advertisement
Advertisement
To Top