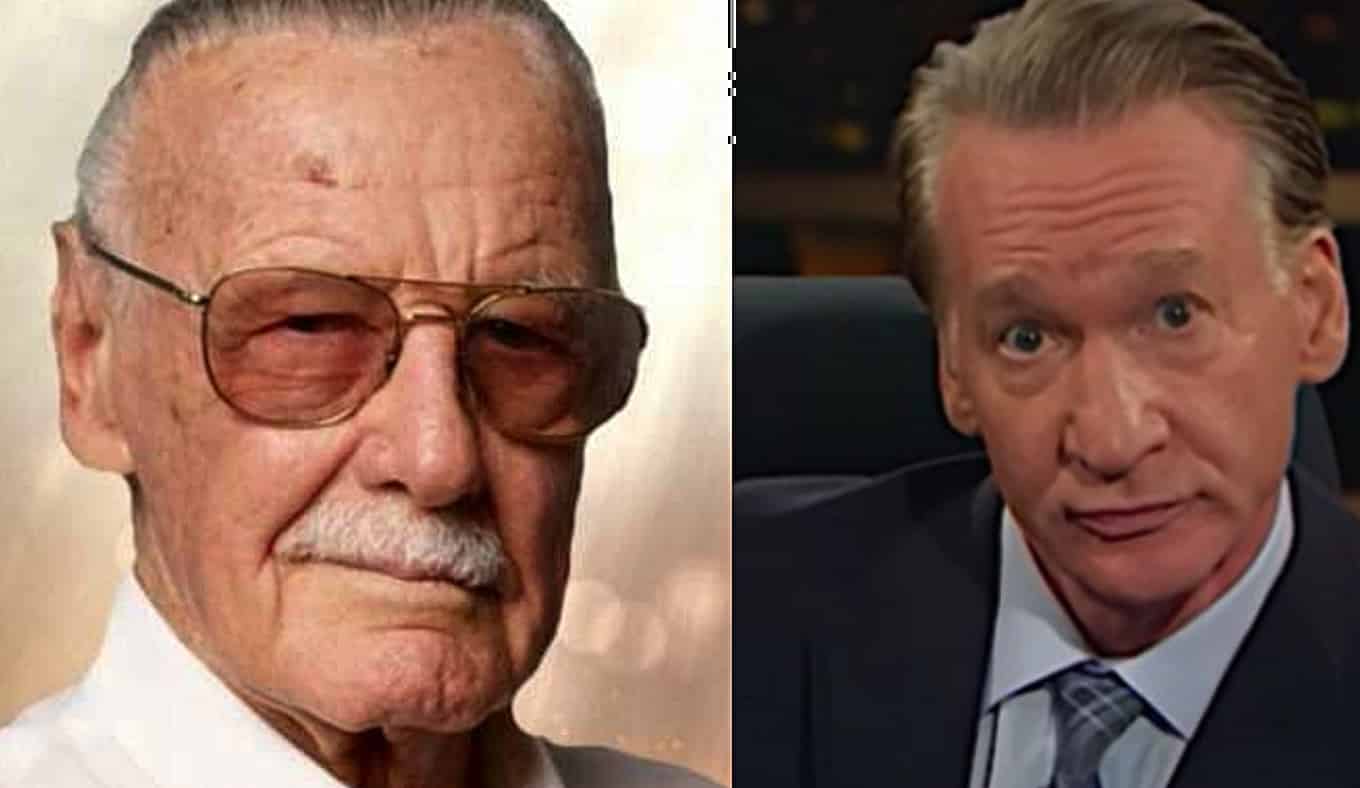 We lost a true legend recently in the passing of Stan Lee. The godfather of superheroes, Stan gave us characters we could not only believe in, but relate to as well. His heroes weren’t overpowered godlike beings who were seemingly perfect, but rather flawed human beings with issues and problems. He brought real world dilemmas to the page, from the mundane issues like puberty and homework, to major crises like civil rights, equal rights, and hatred. Lee not only impacted the lives of geeks and nerds around the world, but he is truly a staple of modern American literature.

However, some people just like to watch the world burn, and have decided to try and downplay his significance. But, in true Stan Lee fashion, POW! Entertainment has responded in kind.

Political satirist and all around unhappy person, Bill Maher, recently took to his blog to bash all the people mourning Lee’s passing. He is now under fire from many people in and out of the industry, but quite frankly that was probably the reason why he did it. Maher was most likely just looking to piggyback off of the news and gain any kind of publicity he could.

Here’s what Maher said, in case you didn’t see:

Mr. Maher: Comic books, like all literature, are storytelling devices. When written well by great creators such as Stan Lee, they make us feel, make us think and teach us lessons that hopefully make us better human beings. One lesson Stan taught so many of us was tolerance and respect, and thanks to that message, we are grateful that we can say you have a right to your opinion that comics are childish and unsophisticated. Many said the same about Dickens, Steinbeck, Melville and even Shakespeare.

But to say that Stan merely inspired people to “watch a movie” is in our opinion frankly disgusting. Countless people can attest to how Stan inspired them to read, taught them that the world is not made up of absolutes, that heroes can have flaws and even villains can show humanity within their souls. He gave us the X-Men, Black Panther, Spider-Man and many other heroes and stories that offered hope to those who felt different and bullied while inspiring countless to be creative and dream of great things to come.

These are but a few of the things we the fans of Stan Lee also consider “adulting,” because life both as a child and grown-up can indeed be a struggle. Stan is the author of millions of happy childhood memories and the provider of so many of the positive tools of adulthood.

Our shock at your comments makes us want to say “‘Nuff said, Bill,” but instead we will rely on another of Stan’s lessons to remind you that you have a powerful platform, so please remember: “With great power there must also come — great responsibility!”

Seemingly channeling one of Stan Lee’s classic ‘Soapbox’ entries, POW! eloquently dismissed Maher’s idiotic comments and put the former ‘Politically Incorrect’ host on blast. Now, it is up to us fans to not give Maher any more fuel for his hunt for acknowledgement, because, in the end, that was all he was after. Maher wanted to be relevant again, and unfortunately decided to use the passing of a beloved icon as his platform to do so. But, while POW! used the Classic Spider-Man sentiment, we here at ScreenGeek believe that another classic Lee line needs to be the final word on Maher:

What do you think of POW! Entertainment’s response to Maher? Let us know in the comments below!