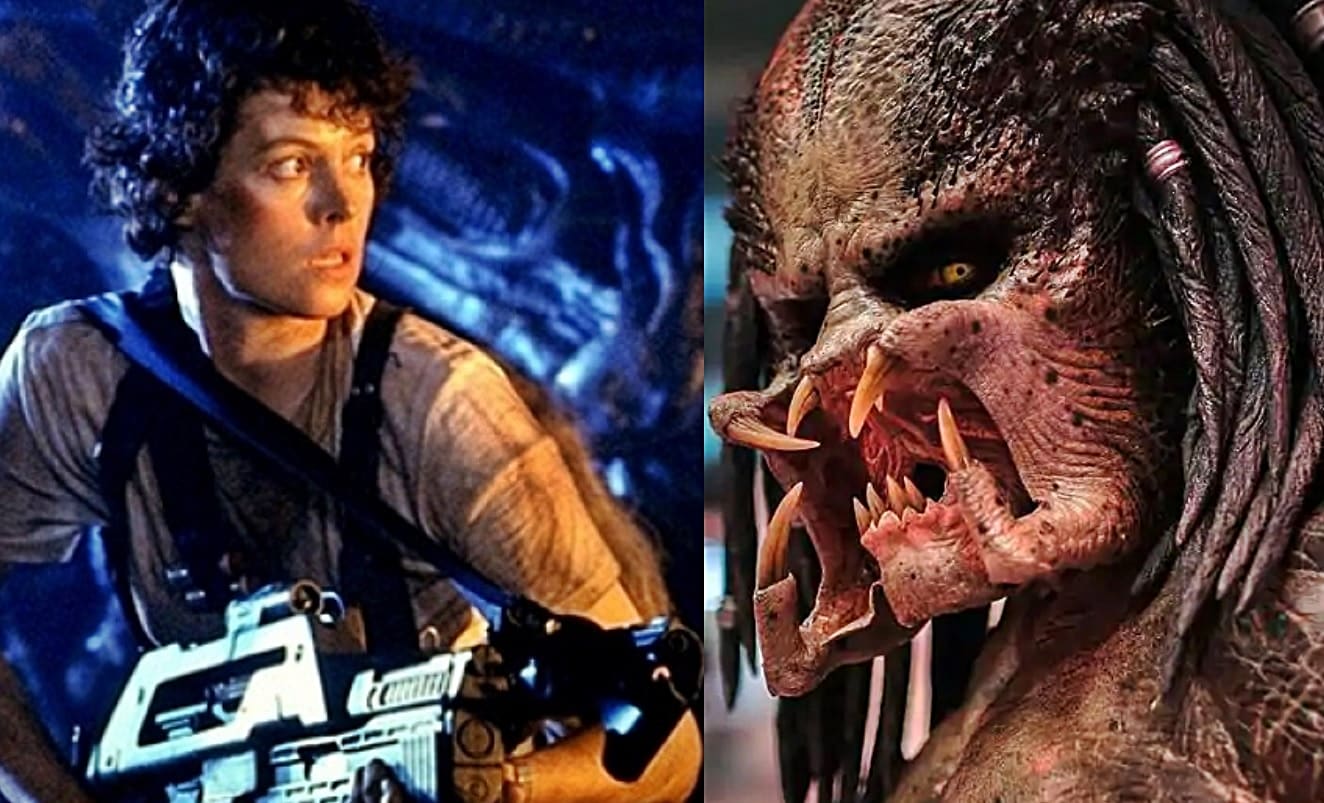 Whatever personal feelings you may have about The Predator to the contrary, there’s no escaping the fact that the film has ultimately crashed and burned in some quite spectacular style. An uncomfortable and awkward viewing experience, where the few good points on display are swamped by a flood of lazy and cliched plot contrivances, it’s one of a whole host of failed attempts to reboot big budget franchises that audiences saw fail in 2018. And if all of that isn’t upsetting enough, the fact we’ve now learned the movie almost contained an awesome crossover link to the Alien franchise is even more of a kick in the teeth.

Ever since the latest attempt to inject some life back into the ailing film series was announced, the word was that Arnold Schwarzenegger would be making an appearance of some kind. The fact that The Predator was being written and directed by his co-star from the original movie, Shane Black, seemed to elevate this proposal from mere speculatory rumor into pure gospel truth. The only thing is, it didn’t happen.

The most obvious place for an Arnie cameo in amongst the chaotic events of the movie would have been the closing scenes, when the audience finally finds out what was hidden in the Predator escape pod discovered by the human characters. With the storyline having seemingly teased that it would be a mystery character of some kind, what was  actually somewhat underwhelmingly revealed was a ‘Predator Hunter’ super-suit, designed to set up Boyd Holbrook for a series of planned sequels.

It’s now emerged that the film-makers actually shot three different endings to the movie, seemingly picking the worst of the bunch for the final cut. Far more enjoyable would have been the closing sequence they shot that saw a human figure emerge from the pod wearing a face-hugger style breathing mask. And that figure would have been none other than Lt. Ellen Ripley.

We shot 3 different endings for #thepredator, all variations of a “Predator Killer”. This unused ending was Predator Killer Ripley wearing the breather mask we created for the film. You can see her name tag there on her costume. Breanna Watkins played Ripley under the mask instead of Sigourney Weaver. The moving “fingers” and “tail” were deemed too facehugger-like on the day and were cut and removed by someone… ✂️ Sorry @jon_k_miller who headed up making the breather mask for us @thestudioadi with @saratheterra @ape5150 Zac Teller and Lord Garth but they made me do it! Michael Diner and his amazing Vancouver crew made the pod. All in no time flat. More #bts to follow…🎬🎥 #flashbackfriday #avpgalaxy

The scene that was filmed did not involve Sigourney Weaver, with stuntwoman Breanna Watkins’s face hidden by the xeno mask, but the character’s name was clearly displayed on her overalls. There are no plans for any of the alternate endings to feature on the movie’s home video release, but legendary special-effects artist Yuri Everson (Starship Troopers, Spider-Man) has now shared details of the Ripley sequence on his Instagram feed, as you can see above.

The moving ‘fingers’ and ‘tail’ were deemed too facehugger-like on the day and were cut and removed by someone. Sorry Jon Miller who headed up making the breather mask for us with Zac Teller and Lord Garth but they made me do it! Michael Diner and his amazing Vancouver crew made the pod. All in no time flat….”

With Covenant having put any plans for future Alien movies on hold, the inclusion of Ripley in the movie would have opened up the possibility of expanding the shared universe between the two movies, which was already established at the end of Predator 2. But with The Predator having failed to live up to studio expectations, it’s unlikely this is now something we’ll see any movement on anytime soon.

Continue Reading
You may also like...
Related Topics:Alien, Predator, Sigourney Weaver, The Predator