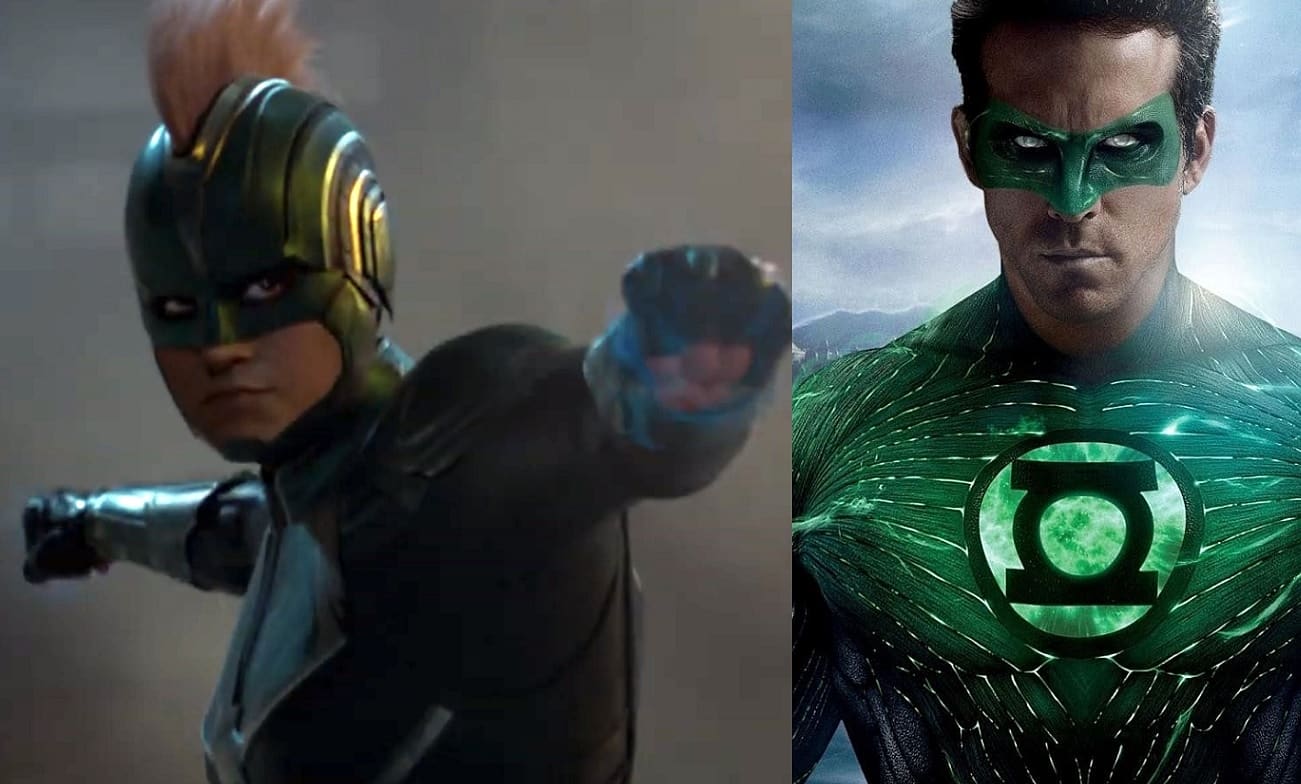 Captain Marvel presents a unique film for the Marvel Cinematic Universe. It offers an origin story done differently than that rest of the 20+ films so far from Marvel, as well as the first female led film from the studio. It also offers us our first look at the most powerful hero in the MCU, and it is set in the 90’s, a time not yet explored in the films. But, the movie is garnering some comparisons to another space based superhero flick, just not one in the MCU. We’re talking, of course, of the Ryan Reynolds bomb, Green Lantern! After all, they’re both powerful beings with powers from space, part of a powerful team of superbeings, and they wear green uniforms (at least, Captain Marvel does to begin with…).

However, is this comparison fair? Should we be worried, as fans?

ComicBook.com spoke with the film’s producer, Jonathan Schwartz, during a set visit last year about the possible comparison.

“I’m sure we discussed it at some point,” Schwartz said. “I think the characters are different enough and where they come from are different enough that it wasn’t a huge thing. Certainly what we want to do with this movie, and with every movie, is show the audience something they haven’t seen before. And I think that means making it unique from Green Lantern and unique from the other Marvel movies.”

Don’t fret, fans. Marvel knows what they’re doing. Besides, the two characters are actually vastly different. Green Lantern belongs to an intergalactic police force whose powers are based on the emotional spectrum and emit from a power ring. Captain Marvel, however, is a Kree warrior, whose has tremendous strength, agility, and photon beams that she can produce, at all times, without the assistance of a ring or another device.

She also has more freedom to do as she pleases, as she’s not bound by jurisdiction or protocols. Plus, Marvel just has this movie thing down. We can breathe easy knowing that the character is in good hands.

Come March, we’ll get our first look at the future of the MCU in Captain Marvel, and I, for one, can’t wait to see this surefire blockbuster!

What do you think of this comparison? Are you excited to see Captain Marvel? Let us know in the comments below!