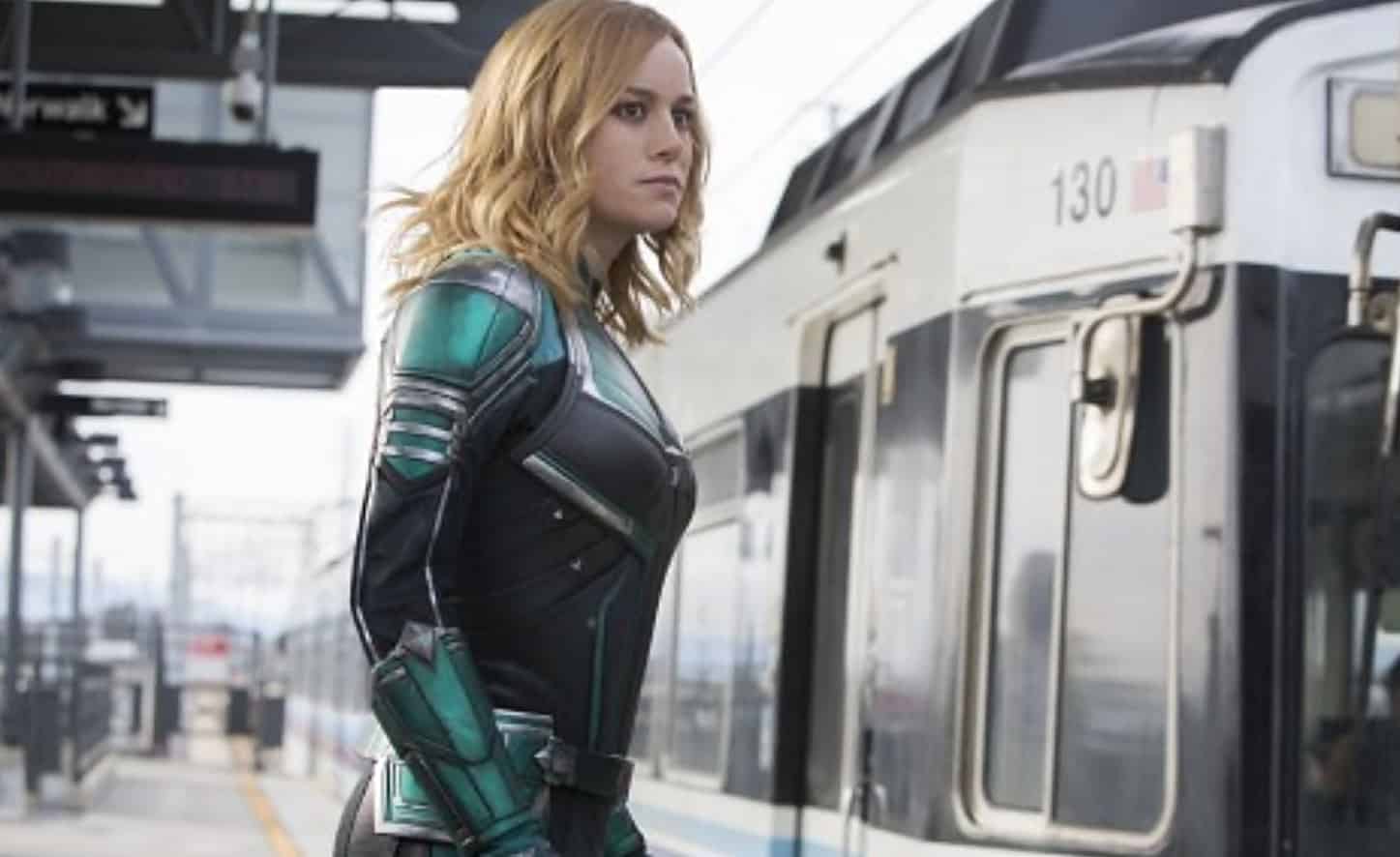 Captain Marvel is just two months away, and Marvel Studios has ramped up the marketing and promotion for the 90’s origin film for the Marvel Cinematic Universe’s most powerful hero. During last night’s College Football National Championship Game, we got not only a little behind the scenes featurette, but also a brand new trailer with tons of new footage! And now, thanks to an interview with the movie’s producer, Jonathan Schwartz, we’ve got the basic plot of the film.

ComicBook.com spoke with the producer, who has this to say:

“You get a glimpse of her squad there, the Starforce, led by the Jude Law’s character. Very quickly along this they get dispatched on a mission to an alien planet to fight the Skrulls and over the course of that mission, Brie Larson’s character is captured by the Skrulls.”

He states that while the film is an origin story, it is not structured like anything Marvel has done so far. The film starts with Danvers as part of the established Kree Warrior squad, the Starforce. But, during a battle with the Skrulls, Danvers is captured. Her escape leads to her crash landing on Earth, and her eventual partnership with a young Nick Fury. While she helps Fury with the threat of Skrulls on Earth, Fury helps uncover her mysterious past.

“That puts her in contact with the younger, two-eyed version of Agent Fury, and the two of them together have to stop the Skrull plot on Earth,” says Schwartz. “And at the same time, get to the root of Carol’s past. So that’s the bones of the movie.”

The synopsis of the film reads:

“Directed by Anna Boden and Ryan Fleck, Captain Marvel sidesteps the traditional origin-story template, and when it begins, Carol already has her powers. She’s left her earthly life behind to join an elite Kree military team called Starforce, led by Jude Law’s enigmatic commander. But before long, Carol finds herself back on Earth with new questions about her past. And she’s got a formidable enemy in the form of the Skrulls — the notorious Marvel baddies made all the more dangerous by their shape-shifting abilities. Ben Mendelsohn plays their leader Talos, who spearheads a Skrull invasion of Earth.”

This film looks to help set up the future of the MCU, and be another blockbuster smash for Disney and Marvel Studios. With the new trailer, and the marketing, anticipation for this film is at a fever pitch. Don’t miss out when Captain Marvel hits theaters on March 8th.

What do you think of the film’s premise? Let us know in the comments below!