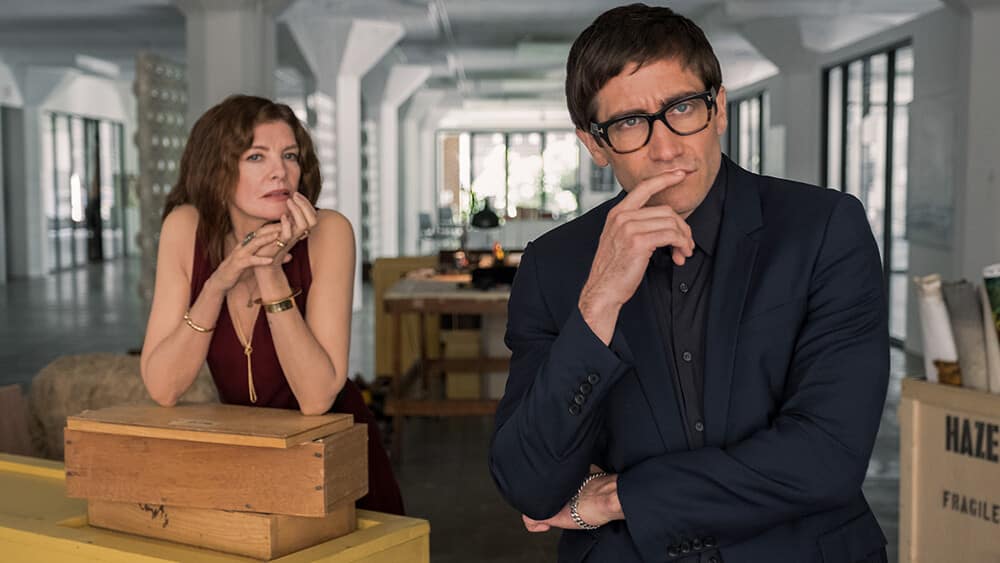 Rarely before has a major Sundance film been readily available for the public as its appearing at the festival. With the advent of streaming platforms like Netflix though, audiences can watch Nightcrawler helmer Dan Gilroy’s latest Velvet Buzzsaw as its making waves in Utah. Similar to Gilroy’s last film Roman J. Israel Esq., Velvet Buzzsaw is an innovative and often entertaining film that can’t quiet live up to its lofty ideas.

Velvet Buzzsaw is set in the upper-class world of high-art, including the likes of a pretentious critic (Jake Gyllenhaal), money-seeking art dealers (Rene Russo, Toni Collet, and Zawe Ashton), and the artists themselves (John Malkovich and Daveed Diggs respectively).The film follows the discovery of unknown paintings, which while alluring in their beauty, prove to be more dangerous than they’re worth for those who seek to gain profit from them.

Combining the privilege and stature of the art world with the shlock and bloodshed of genre filmmaking, Dan Gilroy’s latest effort, even in its unevenness, never forgets to approach its subject matter with an infectious sense of glee.

Gilroy may not be the most acclaimed director, but his ambition and creativity is always worth celebrating. Using the art world as a canvas for satire on the soullessness of modern art and art criticism is inspired, and he rightfully pushes the premise to its absurdist extremes. One could go far as to say Velvet Buzzsaw is more akin to the campy tone of a Friday the 13th film than the work of a great of auteur, but I think that’s Gilroy’s astute way of exploring what art today truly is. Even with this being his first foray into genre filmmaking, Gilroy proves to be adept at executing effectively gory scares and building a palpable sense of tension.

Velvet Buzzsaw features an all-star cast full of plenty of colorful performances. Everyone involved is self-aware as to what kind of movie they are in, matching the film’s wacky tonal directions throughout while clearly having some fun with the material. Jake Gyllenhaal gives yet another unique, yet effective performance as the critic Morf Vanderwalt, a character that is just as much of a cynical snob as his name would indicate.  Zawe Ashton, Rene Russo, and the rest of this supporting cast do not miss a beat.

The script is a mixed bag however. While Gilroy’s intentionally pretentious and stuffy dialogue is quiet funny, the film itself is never able to capture a deeper purpose. Much of Gilroy’s criticism of the art industry is frankly fairly shallow, with the never never going past the base level of its initial conceit about art’s soullessness. For me at least, the film lacked a central focus. While I admire the ensemble approach, tackling the subject matter from the a variety of vantage points, many of the characters end up feeling rather half-baked.

Velvet Buzzsaw isn’t quite the masterful takedown of art that one may expect, but its infectiously absurd and entertaining qualities makes it a blast to watch. I am curious to see how Netflix audiences will react to the film’s interesting ideas.

Continue Reading
You may also like...
Related Topics:Velvet Buzzsaw