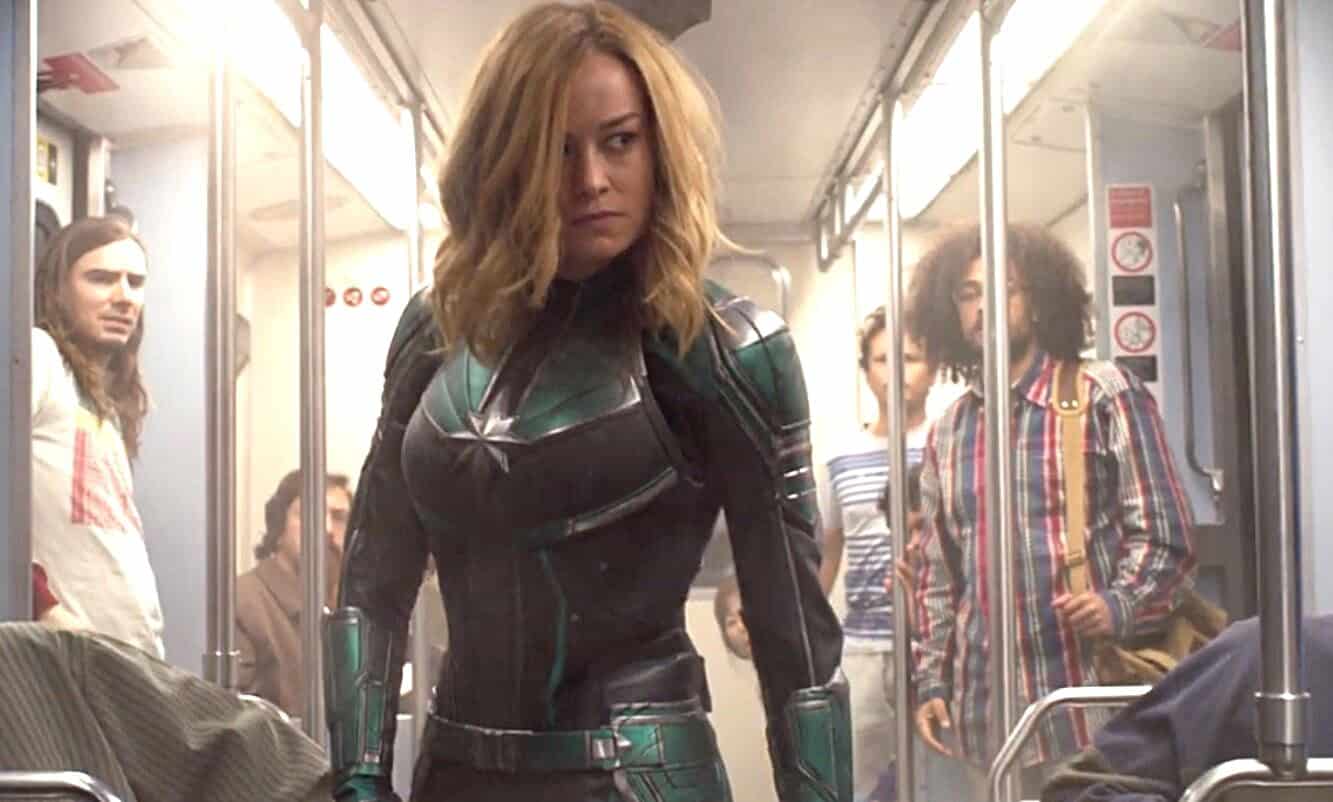 Captain Marvel has blast onto the scene, breaking box office records and setting the comic book movie world afire. But, one of its greatest accomplishments might just be setting another record, in the most touching of ways. And, the world’s biggest comic book nerd has not only weighed in on the movie, but actually is a part of it! Kevin Smith is now officially in the Marvel Cinematic Universe! And it’s all thanks to one of Stan Lee’s final cameos, as well as a very moving tribute.

Now, for those of you who have seen the movie, it may have very well set a world record for making fans cry within the first 2 seconds of the movie. Spoilers ahead for Captain Marvel, obviously. Right as the film begins, Marvel has created a very touching tribute to Stan “The Man” Lee. Instead of the traditional heroes montage that represents Marvel Studios, they have a Lee cameo montage that leads to the Marvel Studios logo, then has a wonderful “Thank you” message afterwards. So, in other words, everyone is in tears before the film even begins. It was a touching and beautiful tribute. One I hope they do again for Endgame.

As far as his cameo goes, it was nothing short of amazing. During the train scene (you know, where Captain Marvel punches an old lady?), we see a man reading a script, somewhat out loud. Carol Danvers pulls the script down a bit as she is scouring for the rogue Skrull, and we see Mr. Lee. They exchange pleasant smiles, and he goes back to reading the script. The script in question not only helps solidify the film’s timeline, but also brings a particular filmmaker into the MCU continuity. The script Lee is reading is that of Mallrats, the great Kevin Smith film! Mallrats was shot in 1995, and has probably the greatest non-Marvel Stan Lee cameo ever.

Kevin Smith, himself, was truly moved by both the Lee tribute as well as the cameo that cements him into the MCU. He shared on Twitter his love for the movie, both upon his first viewing and when he took his daughter, Harley Quinn Smith, to see the latest Marvel film. Check out his responses below:

Just saw @captainmarvel. I am a blubbering mess. After a lifetime spent referencing the movies, the movies just referenced me! Many thanks to @MarvelStudios and to my friend @TheRealStanLee for the shout-out! But if I’m now part of the @Marvel Universe… Did I survive The Snap? pic.twitter.com/S560n3mQFl

Took the kid for my second soaring screening of @captainmarvel! When the @TheRealStanLee-filled @MarvelStudios logo and Stan’s cameo occurred, we both bawled in the same exact way like mirror images of each other. If I ever wanted a paternity test, this flick kinda covered it! pic.twitter.com/ZPsACNsE7t

What did you think of the tribute and cameo for Stan “The Man” Lee? Let us know in the comments below!