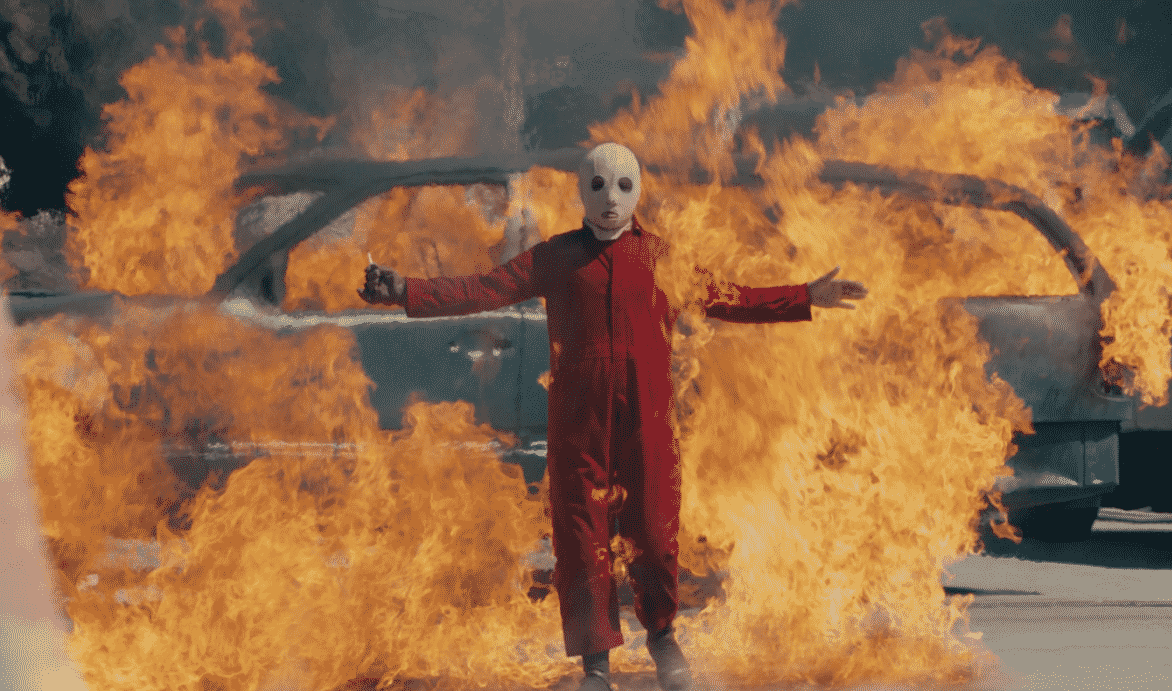 If you haven’t already seen Jordan Peele’s latest horror film Us—you really should. ScreenGeek decided to fill your appetite with more horror. Sure, there are a ton to choose from but some of the best horror films are the ones that will leave a psychological scar on your fragile mind. These picks should be sought out it with quick haste but digested slowly as there are filled with some of best taste f*%ked ideas movie can conjure up. Enjoy. 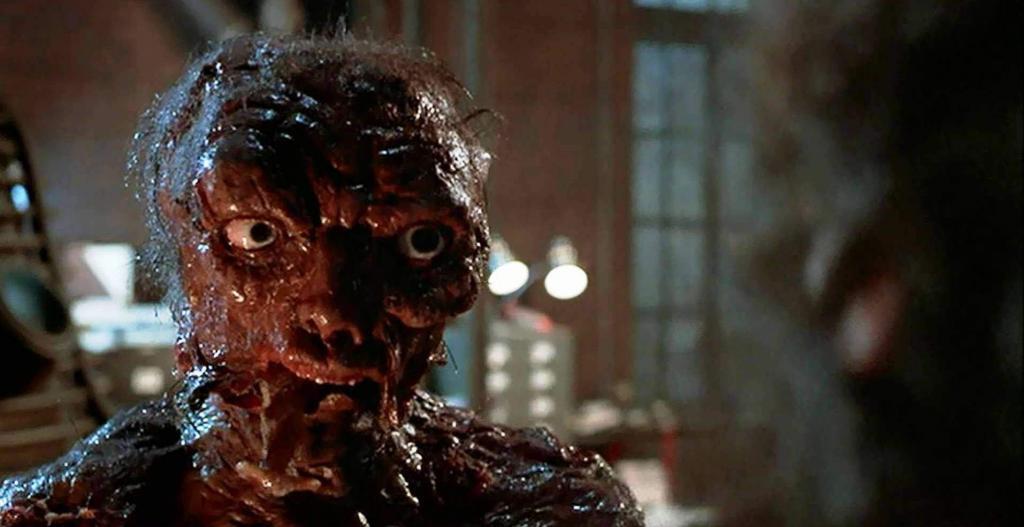 The Fly is arguably the peak of David Cronenberg’s career in the horror genre. It wasn’t just a cumbersome remake of a 50’s B-movie. It was a complete reinvention of any and all tropes from that era and elevated the subject matter to what almost felt like a philosophy. Never again have we seen characters mentally and physically deteriorate so heavily on screen, only to end up like cancerous, fleshy mutants with a plea to die.

Understandably, it’s a lot for a young kid to take in. The dream sequence where Geena Davis’ character gives birth to a maggot is enough to induce nightmares and a queasy stomach for a long time. But given the near-philosophical level of body horror and psychosis thrown into the mix, it’s enough to make any young kid’s sanity quiver at the thought of being turned into a giant fly. – Jacob Dressler 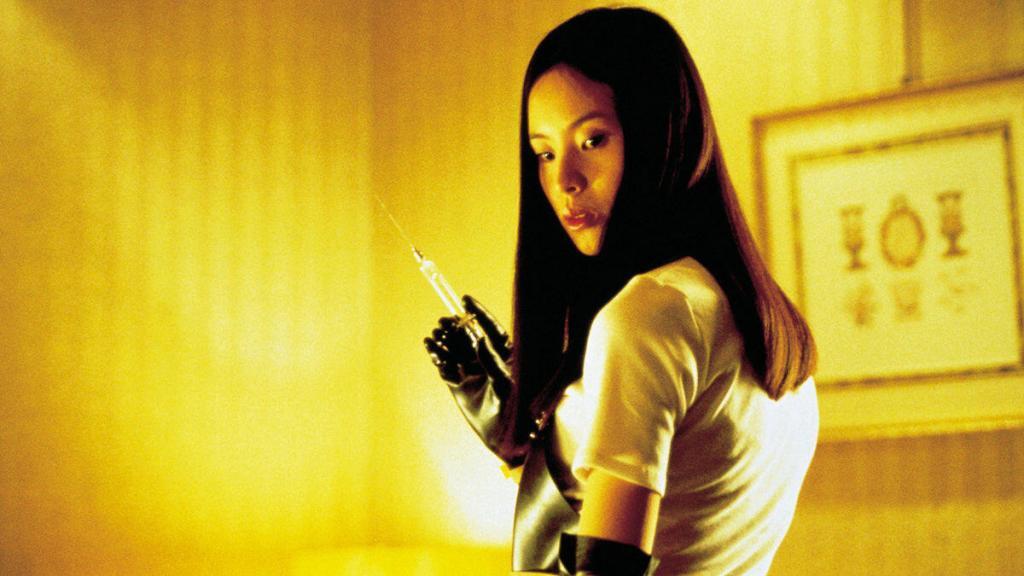 A man attempts to find a new wife through an audition. Things go as planned, and then absolutely not as planned. Audition is a slow burn, but don’t misinterpret that to mean boring. Each scene is deliberately shot, each line of dialogue has weight, and it all layers together like ingredients to a monumentally traumatizing plate of scary nachos that, once consumed, will make you want to never talk to any humans ever again.

Did that analogy make you hungry? Well, it shouldn’t have, but I like your style. – Sylvia Maixner

2014’s It Follows had an incredibly simple yet simultaneously creepy plot – a teenage girl is being pursued relentlessly by a dangerous monster that only she can see. The twist, however, is that this nightmare can be transmitted to anybody else through the act of intercourse, although if the person she transfers it to dies, it works its way back up the chain.

The film itself works on several levels. Firstly, it works as just a tense horror film the plays on the nightmare of being followed by something that will never stop, and secondly, it acts as a good reminder of the dangers of unprotected sex with strangers. It will definitely lead to you second guess that guy walking directly towards you in a straight line or whether you want to take that cute girl from the club home at the end of the night! 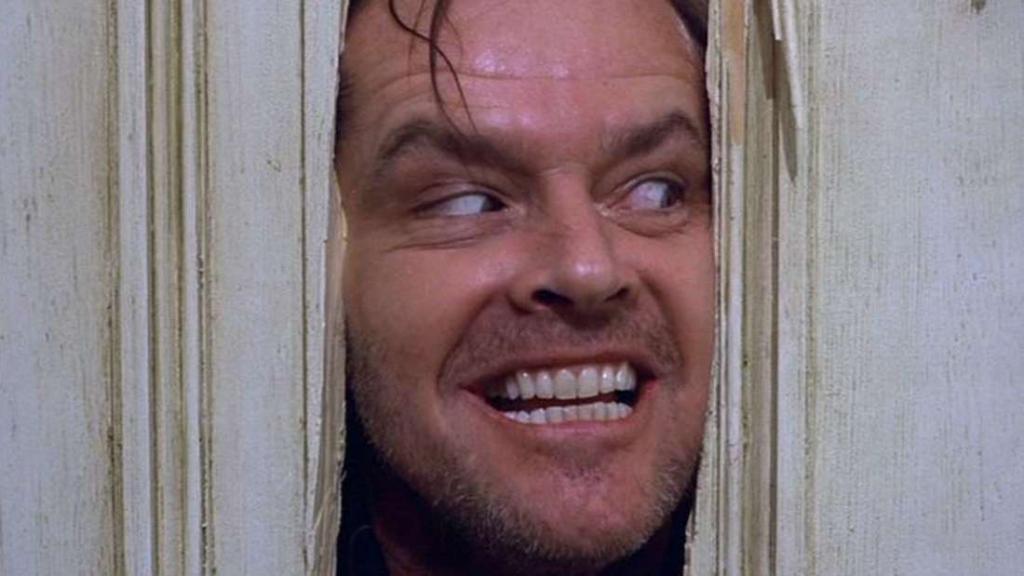 Jack Torrance (Jack Nicholson) gets a new job looking after the Overlook Hotel in the Colorado Rockies during its off-season. His wife, Wendy Torrance (Shelley Duvall), and son, Danny Torrance (Danny Lloyd), join him for the winter. Danny possesses “the shining”, which is a psychic ability that allows him to see into the past. Evil spirits influence Jack as Danny tries to warn his parents the best any child can about the horrible past and future of the hotel.

I did not see this film until recently. It’s a shame I missed out on all the conversations I could have had with people on the nuances that make this film so great. Jack Nicholson is already an intense actor, and to see him in this film is to see him in one of the best roles of his career. Shelley played a great distraught wife and mother.

This film, even as old as it is, competes and holds its own against today’s more modern films. It tears you down as you lose hope for this family, each scene painting a more dire situation, until the very end. I have since become a huge fan and highly recommend this one. – Kelsey Loiselle 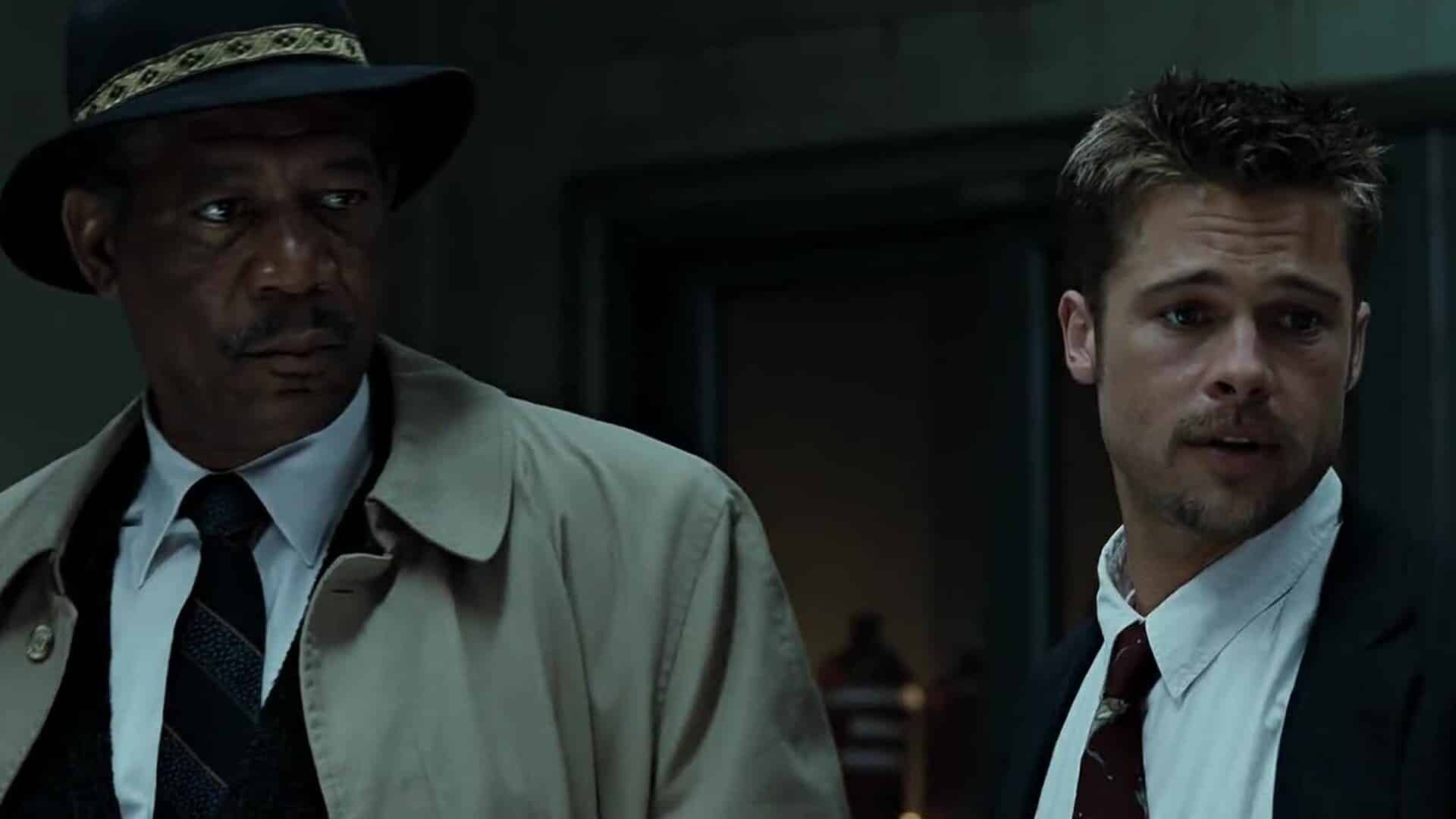 Se7en is the movie that put David Fincher on the map (or was it Fight Club?) and proved that the director is more than capable of making a game-changing type movie. The film is still regarded as one of the best horror films (and films in general) ever made, with great performances from Brad Pitt and Morgan Freeman – and an ending so shocking that it’s still talked about to this day – despite coming out almost thirty years ago.

If you’re looking for a psychological horror film and for whatever reason haven’t seen this one, definitely give it a watch. -Frank Palmer

Repulsion is one of those films that is a deep cut in the cinema world. People rarely talk about the movie, its plot, and the direction because Polanski’s classic hits like Rosemary’s Baby and Chinatown overshadow some of his other works. Yet, this film should be seen by anyone looking to watch a great take into depression, paranoia and the sheer madness a person will go through if they are left too long with their thoughts.

The black and white film was made in the early stages of Polanski’s director when he decided to go into full experimental mode. Carol (Catherine Deneuve) is repulsed by sexual advances and the filthy nature of the world around her, is left alone by her vacationing sister—the only grip on reality she has. Once the shit hits the fan, Polanski uses practical effects, badass camera tricks, and slow-burning tactics to convey the horror of a person’s mind spiraling into the deep dark.

There are even a few “OH SHIT!” jump scares that have stuck with me to this day. Repulsion is hard to find but worth the search. Check it out if you ever come across this bad boy and see what I’m talking about. – Mark Salcido 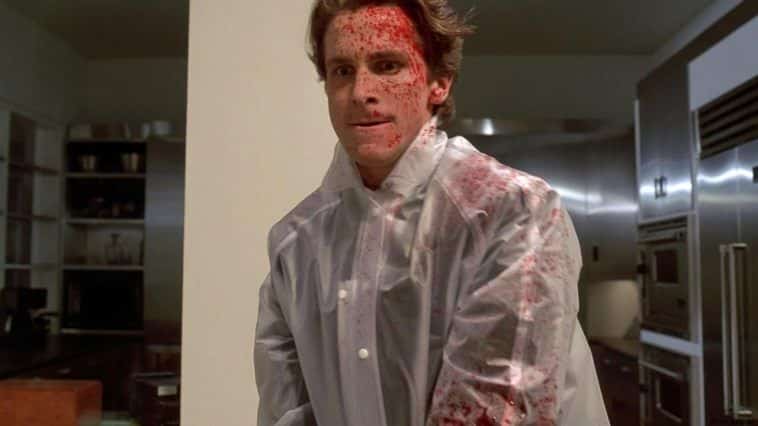 American Psycho is an example of satire, comedy, and most importantly horror fused into one movie. It takes its time building the importance of 1980’s New York and the hierarchy of the upper class. But then knocks every part of it down with Patrick Bateman’s own narcissism and murderous delusions.

As the film progresses, Patrick becomes more psychotic, and even we the audience fail to understand what’s really happening. The movie shows us the world from Patrick’s perspective, and every loss of time or cohesion in the story is made up for with more insanity. It shows how far greed and corruption goes while making fun of the time period. – Jacob Dressler 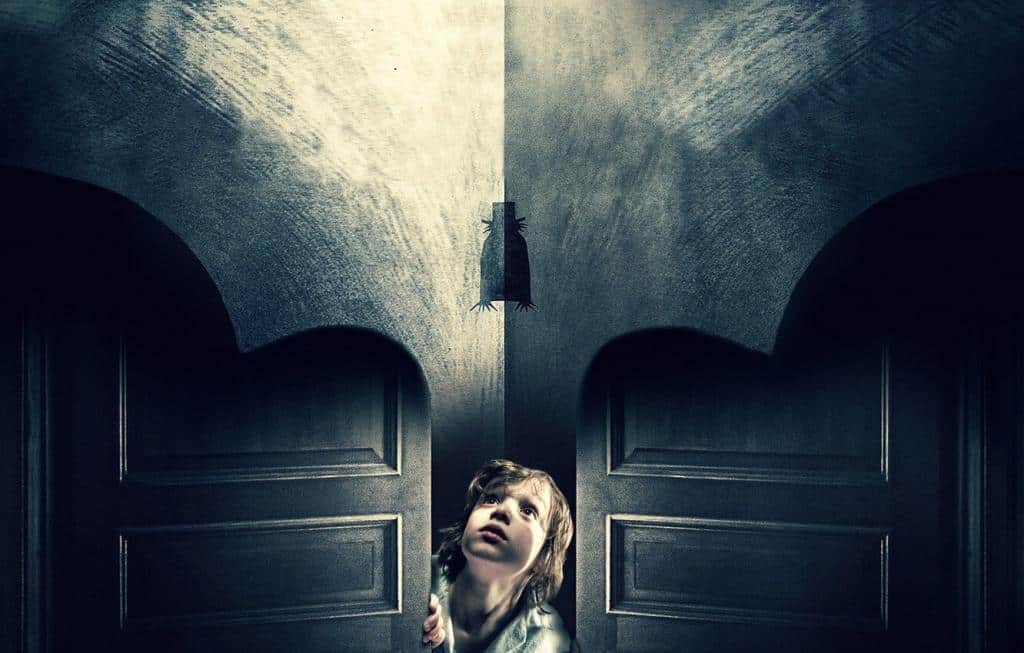 A single mother, Amelia (Essie Davis), and son, Samuel, (Noah Wiseman), are terrorized by the appearance of a picture book and its titular character, The Babadook.

Quiet, intense, and focused, The Babadook is a film that views horror in two different ways. The first is the most obvious; monsters are scary and scary things happen when they show up. You can do your best against them, but in the end, winning is never the goal – survival is. The second is a more subtle creature.

What do you do when your life is falling apart and hope feels more like a four letter word than an actual emotion? What does a mother do when her child is suffering, and she no longer has the will to kiss those booboos away? Real dread for real situations.

The tango The Babadook dances between these two worlds is where the real psychological terror lies. What is real and what is not does not matter; it’s happening anyways, and it makes for a damned good movie. 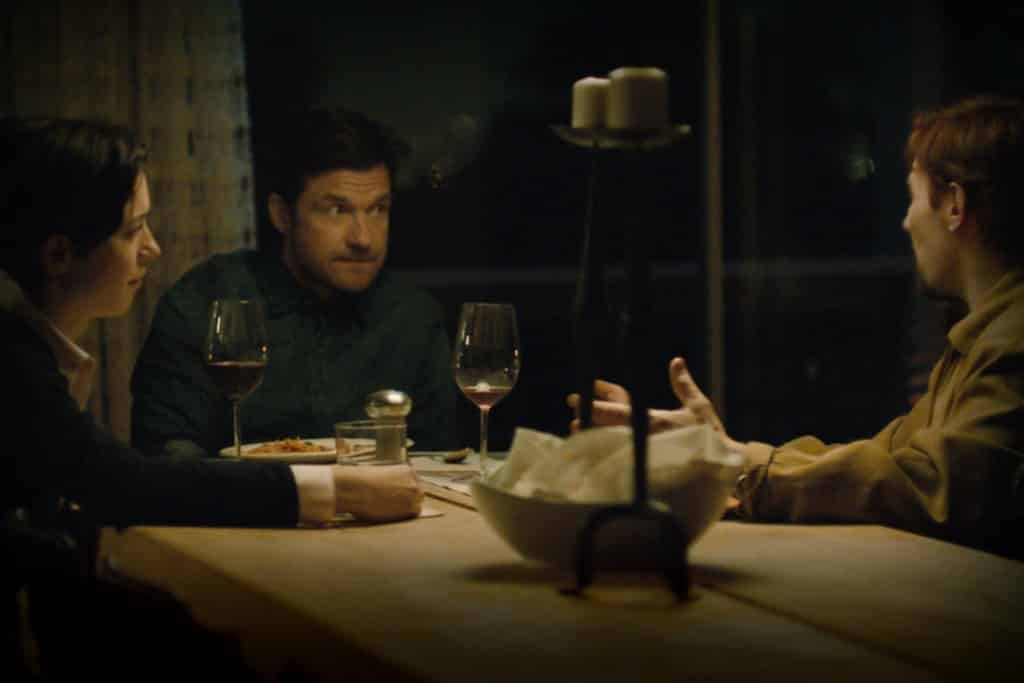 Simon and Robyn Callem (Jason Bateman, Rebecca Yeldham) are a young married couple starting their lives together. They move from Chicago to Los Angeles, and while shopping for things for their new home, they bump into Gordon “Gordo” Moseley (Joel Edgerton), a former high school classmate of Simon’s. The story continues with Gordo being intrusive with gifts for Robyn and escalating beyond any kind of reason as more things from Simon and Gordo’s past come to light after more than 20 years of secrecy.

This sounds like a typical film about someone who was wronged coming to inflict pain on the person who caused so much pain. It does follow some typical tropes; however, it is so much more than that. The story is told in such a jarring way that it will have you on the edge of your seat the entire time. You will choose one side and switch so many times as you try to decipher who is really the victim in this really twisted story.

Don’t take my word for it. Look this gift horse in the mouth and see what happens. – Kelsey Loiselle

So there you have it. Give these films a watch and tell us what you think!

Continue Reading
You may also like...
Related Topics:American Psycho, Audition, Horror, It Follows, Seven, The Fly, The Shining, US