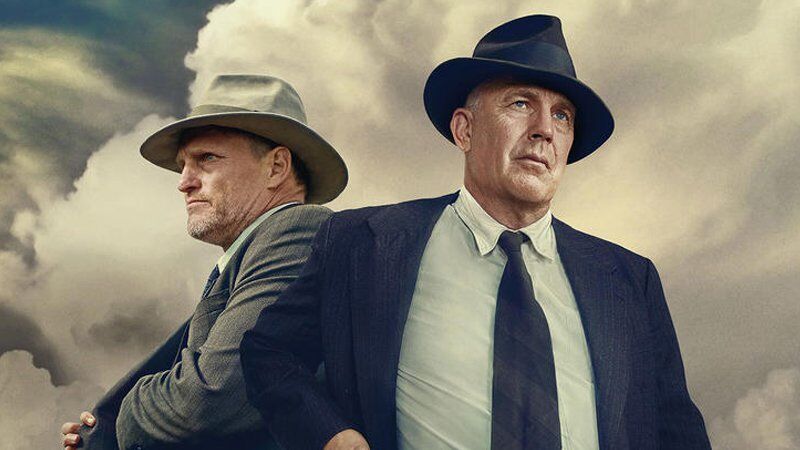 After a highly-criticized early 2018 for Netflix, 2019 has been a surprisingly strong year for Netflix’s original films. Sure, there’s been a few duds (looking at you Polar), but also quite a few solid surprises. Hits like High Flying Bird, Velvet Buzzsaw, and Triple Frontier have been solid additions to Netflix’s original content library while showing the diverse content Netflix can create. Sadly, Netflix’s latest high-profile film The Highwaymen fails to meet the platform’s positive trend.

The Highwaymen is about the infamous crime saga of Bonnie & Clyde, but this time from the perspective of the two retired Texas Rangers, Frank Hammer (Kevin Costner) and Manny Gault (Woody Harrelson), that were tasked to deliver justice.

Featuring two dynamic leading actors and a fresh perspective on an iconic true story, The Highwaymen has a lot of potential on paper. Much of that potential is squandered thoughout from the film’s safe and dramatically inert execution.

The appeal of sitting through this film is getting to sit alongside both Kevin Costner and Woody Harrelson. The two veteran actors carry confidence and ease that makes for naturalistic chemistry onscreen, with much of the enjoyment deriving from their easy-going banter. I especially enjoyed Costner’s work as the Hammer, the gruff prototypical Texas Rangers who longs for his glory days delivering swift justice.

Thanks to the backing of Netflix, The Highwaymen features solid production across the board. Director John Lee Hancock (The Founder) and his respective team do a solid job of teleporting audiences to its respective 1930’s era. Every technical aspect from the score to the cinematography is solid across the board.

Solid sometimes isn’t enough, as The Highwaymen is a film in a serious search for a visual identity. Hancock’s executes this story like its the “dad film of the week”, following the procedural story without much inventiveness or flare. The crime aspects of this story lack any spark, severely underserving the potential of this material.

It’s a shame because John Fusco’s script does show promise, especially in its critique of the celebrity culture surrounding Bonnie & Clyde’s criminal actions. It’s the execution once again that undercuts this concept, with heavy-handed speeches and a lack of any true insight making the idea fairly shallow. The Highwaymen never is able to rise above average despite its promising set-up.

Continue Reading
You may also like...
Related Topics:Netflix, The Highwaymen