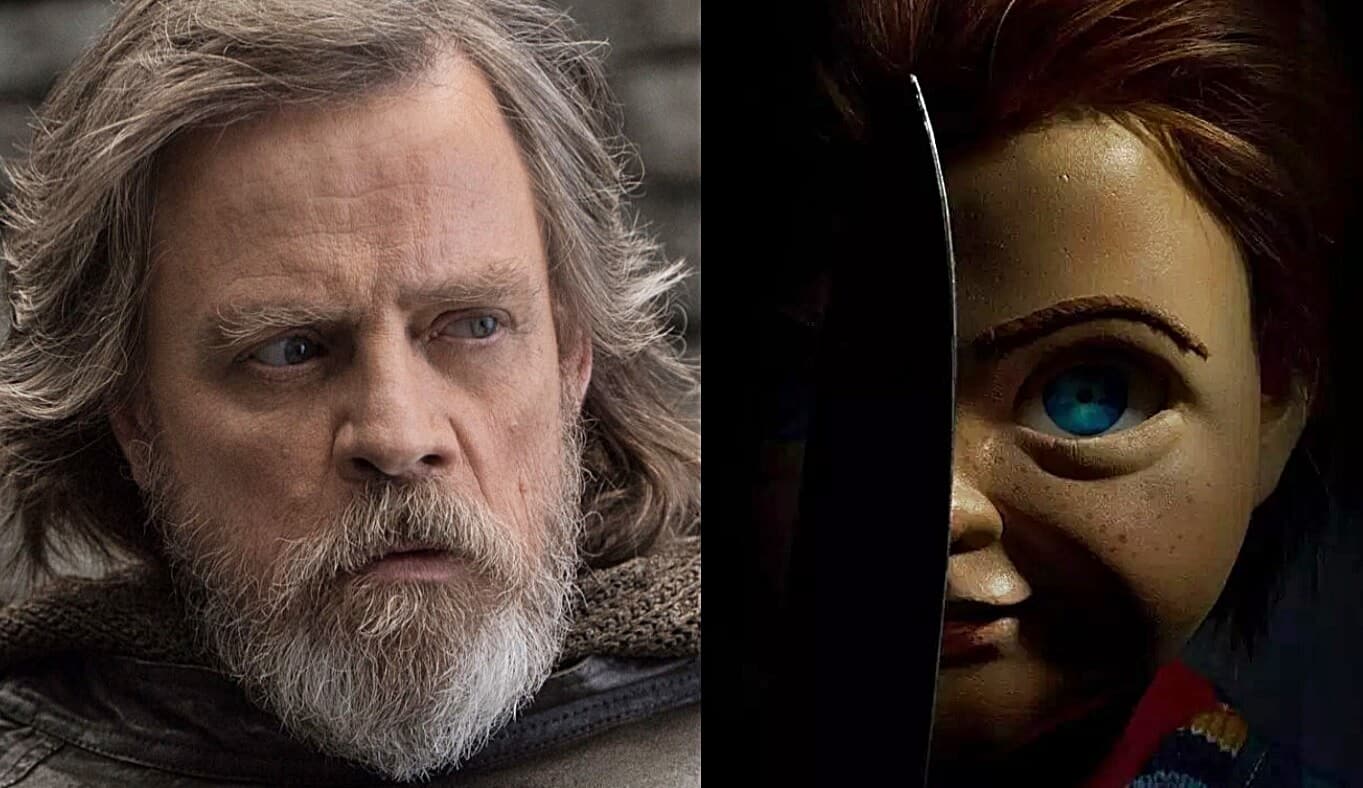 It looks like we now know who will voice Chucky in the upcoming Child’s Play movie – and it’s none other than Mark Hamill. It was confirmed at WonderCon during a panel for the film, which ScreenGeek was able to attend. Chucky can be heard saying “Goodnight, Andy” in a recording from Mark Hamill.

Fans had been connecting the dots, when Hamill posted something on Twitter teasing a big announcement.

MAJOR ANNOUNCEMENT TOMORROW 6:15pm PST
I’ll be sharing some VERY EXCITING news about a super-secret project I’ve been working on that’s just…. how can I describe it? Oh, I know! It’s: “Uh……… Wow. Just…….WOW.” 😎#WatchThisSpace pic.twitter.com/xjsgnulfs3

There’s also this footage from Robot Chicken that Mark Hamill did as Chucky:

It was revealed early on that original Chucky voice actor Brad Dourif would not be returning for the film. Franchise creator Don Mancini also has nothing to do with the film.

Actress Aubrey Plaza who stars in the movie spoke about it a couple months back, saying:

“I can’t reveal too much. We’re not supposed to talk about Chucky. It builds for Karen in a way that I’m interacting with Chucky by the end, but I’m mostly dealing with my son – who I almost believe is behind the mayhem. The horror of it all will be for the audience. For me, it’s more of a psychological thriller.”

A single mother and her young son must fight for their lives when a sinister Buddi doll seems to take on a life of its own.

How do you feel about this casting decision? Will you be watching the new movie? Be sure to Tell us all of your thoughts in the comments down below!