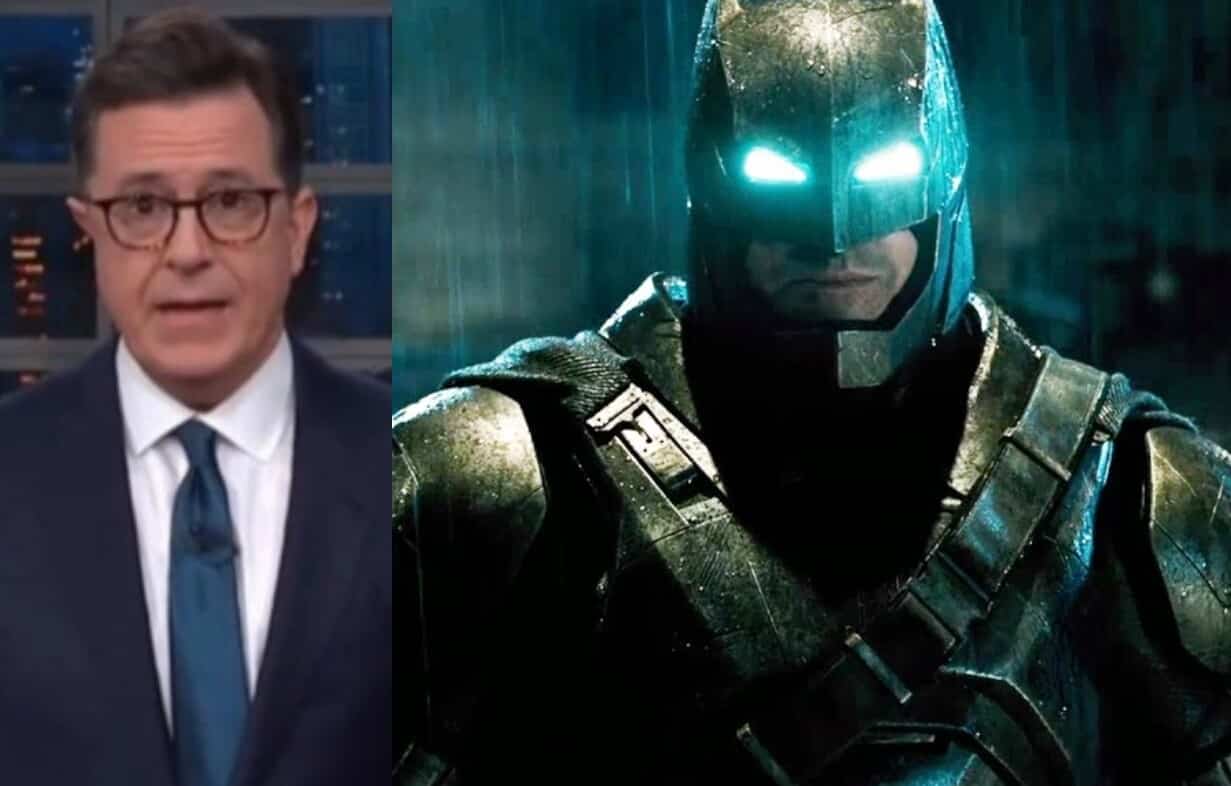 Zack Snyder has been in and out of the comic book movie news world ever since his sudden departure from the much maligned Justice League. Many fans contribute the issues with the film’s success to the replacement director, Joss Whedon, doing heavy reshoots and changing the overall tone of the movie. They have even petitioned in droves to get a ‘Synder Cut’ of the film, akin to the Donner Cut of Superman II. Those same fans, however, complained ad nauseam that Synder have taken the DCEU far too dark and morbid. One of their biggest complaints was that Batman willingly and viciously killed criminals, breaking his code from the comics.

Synder is apparently tired of this criticism and told everyone to get over it in a very colorful way. Well, it would seem that one particular ‘fan’ isn’t getting over it at all.

During his ‘Meanwhile…’ segment on his late night talk show, Stephen Colbert took a stab at Synder’s comments. And, while Synder’s comments were both unnecessary and unwarranted, so were Colbert’s.

Colbert, a self proclaimed comics fan, doesn’t quite get it, either. Ever since the release of Watchmen in the 80’s, DC Comics have taken a more adult turn. Hell, we just had Batman’s cash and prizes all over the pages of an issue! While there are versions adapted to children in animated shows, DC heroes are pretty brutal, with Batman being one of the worse. His ‘One Rule’ wasn’t about keeping the hero ‘PG’ for kids, but rather to keep him on the right side of the good/evil line he constantly straddles. This is the point that Synder missed. This rule was as much for Batman’s sanity as it was the ‘right thing to do’. He is so close to slipping into a mania similar to his greatest foe, the Joker.

Both Colbert and Synder need to take a moment, read up on the subject, and then get back to us. A murderous Batman doesn’t work as a hero, but neither does a Batman who uses pillows to fight crime.

What do you think of Colbert’s comments? Do you agree or disagree? Let us know in the comments below!