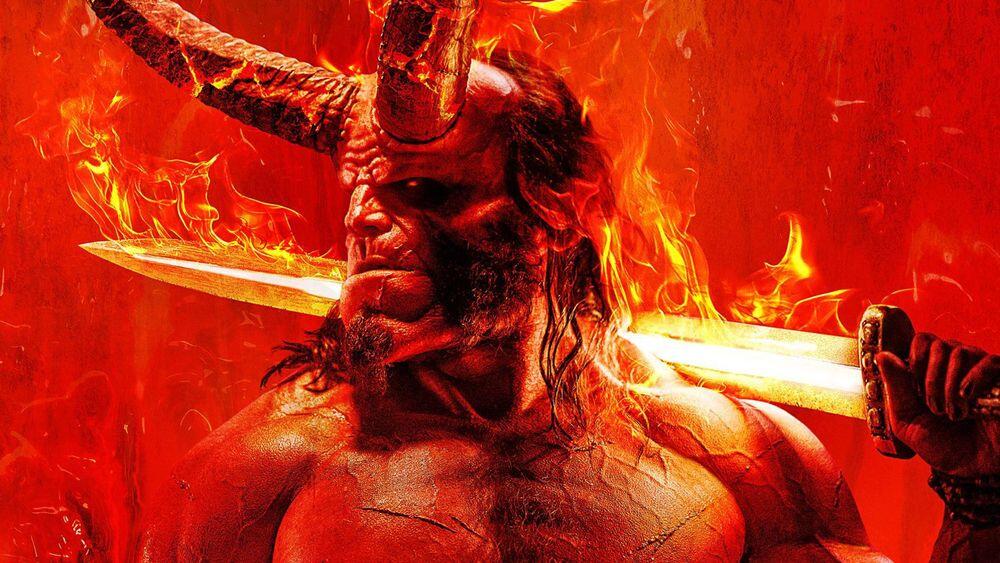 Oscar-winning director Guillermo Del Toro shocked audiences with Hellboy and its respective sequel The Golden Army, two films that turned Mike Mignola’s overlooked comic series into great superhero films. With a decade passing, Hellboy is now being rebooted on the big screen, this time from genre director Neil Marshall (The Descent). The 2019 Hellboy is a night and day difference from its predecessor, with its shameless and disjointed execution standing out at every corner.

Hellboy finds its titular hero (Stranger Things‘ David Harbour) tasked to stop the end of the world when Nimue the Blood Queen (Mila Jovovich) arises from the dead to unleash monsters upon the world.

Hellboy has been slaughtered by critics early on (15% on Rotten Tomatoes), and while I don’t think the film’s quality sinks to that lowly level, it’s an effort that misses the boat on being the wild fun romp it sets out to be.

Many have criticized this reboot from the start for its different approach to the original films. Going from Del Toro’s classic fantasy roots to Neil Marshall’s genre approach is certainly a jump, but I do think there are elements of the approach that work. Marshall’s penchant for over the top gore and creative kills does lead to some fun moments throughout. Hellboy is relentlessly paced throughout its two-hour running time, with the film making a clear effort to keep a focus on the fun factor rather than a complicated story. The special effects, while cheap looking, are also creative and work in the film’s low-rent style.

Performance-wise, the cast holds their own, with each star having a strong understanding of the kind of camp fest they’re in. David Harbour makes for a suitable replacement to Ron Pearlman, dawning Hellboy’s tough guy persona with presence and conviction even amidst the film’s noticeable struggles. Ian McShane and Mila Jovovich are no strangers to these kinds of roles, with Jovovich, in particular, making a strong impression as the scenery-chewing Nimue the Blood Queen. 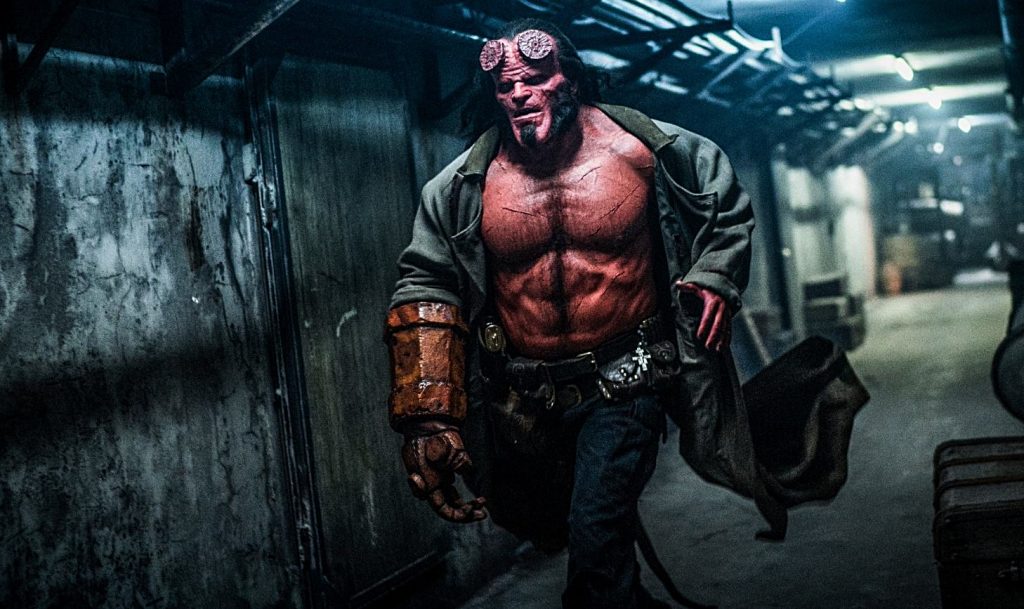 Despite some promise, Hellboy is a film that ultimately collapses onto itself. Andrew Cosby’s script does try to splice different stories and characters from the comic universe, but it ends up being one extremely disjointed hodgepodge with too much going on. The story tries to find direction in the dynamic between Hellboy and his adoptive father, a dynamic that feels too tired to solidify the film. The script and its respective characters are left in a stagnant state, with the only development poured out in half-baked sentimental speeches. Let’s not forget this film’s attempts at humor, which woefully miss the mark throughout.

Execution-wise, Hellboy can border on being shockingly inept. It’s clear that post-production drama played a critical role in this film’s frankly bizarre final form, with disagreements between Marshall, Harbour, and studio executives occurring throughout the film’s production. Seemingly routine editing and sound mistakes occur throughout, with Marshall’s drab color pallet only adding to the cheap effect.

This could all be forgiven if the film could sustain fun energy, yet Hellboy turns into a slog quickly. Once the film fails to establish a character or narrative direction, it becomes a tedious rinse and repeat experience with exposition dumps quickly following loud action setpieces. It’s sad that this film never achieves the loud, vulgar attitude is set to achieve, with the end result being more of a forgettable thud than a thunderous return for the comic hero.