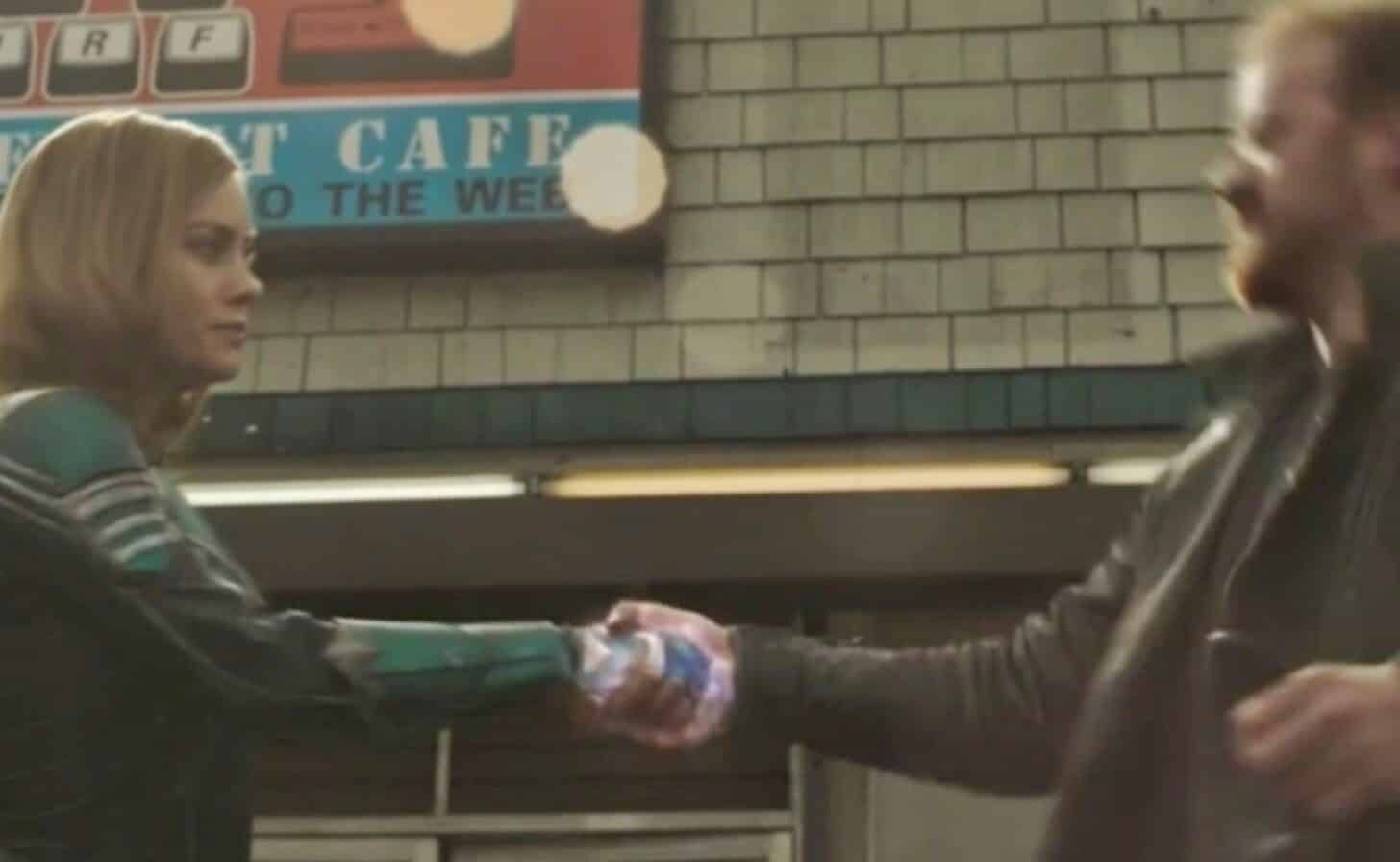 Captain Marvel has come into the Marvel Cinematic Universe and made a huge impact. Between the 1990’s set origin film, which was a huge success, and Carol Danvers’ major (albeit short) presence in Avengers: Endgame, it’s hard to deny that the MCU’s future is in great hands. But, as Marvel brought out their first female led solo flick, there were some detractors, i.e. internet trolls, who have continuously attacked it as it supposedly forces a “women first” political agenda that’s “attacking men”. Top that off with the prototypical alpha male response of “why doesn’t she smile more?” when the first bit of marketing came out, and it’s hard to ignore the ignorant and unwarranted hatred towards this character.

Well, in a newly released deleted scene, it would seem that the filmmakers wanted to address this very issue.

Get an EXCLUSIVE first look at @BrieLarson taking on toxic masculinity (in the form of @RobertKazinsky) in this extended #CaptainMarvel scene: https://t.co/vhB2Rqr8Pc pic.twitter.com/BTGwD9II3K

As you can see from this scene, Carol takes on toxic masculinity with one hand. While the scene ultimately isn’t necessary for the story, thus while it ended up on the cutting room floor, it’s nice to see the filmmakers take on the idiotic hatred sent their way. Unfortunately, thanks to the internet, these kind of attacks will probably never go away. You can still see the trolls in full affect, attacking Marvel and every film they do in the comments section of just about every story posted. It’s quite a shame, really.

Captain Marvel will be the first MCU movie to be released on the Disney+ streaming service, marking the end of the Netflix era for Marvel. But, you can get the home release digitally on May 28th and on Blu Ray on June 11th.

What did you think of this scene? Let us know in the comments below!