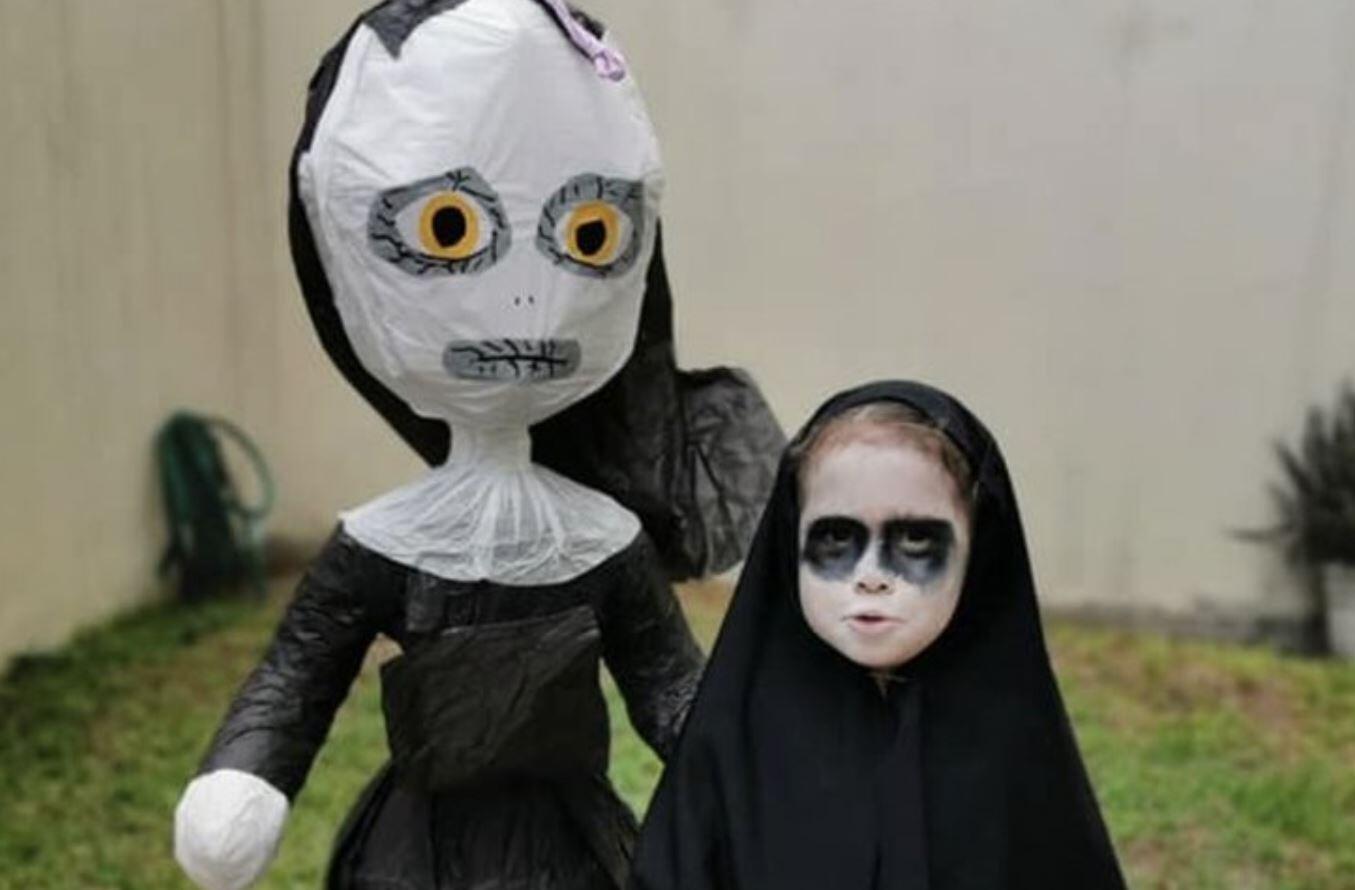 The Nun made her debut in The Conjuring 2 and made such an impression on fans that she got her own movie last year. Unlike the popular Conjuring movies and other instalments based in their universe, the reviews for the film weren’t that great and it seemed to leave viewers disappointed. Despite the negative reception the movie received, it made a success at the Box Office and the character quickly became a recognisable horror icon with many recreating her for parties and pranks. Now it appears that The Nun has one very unlikely fan.

A little girl named Lucía recently turned 3 years old and decided to celebrate the occasion by honouring her favourite character and throwing a horror themed Birthday party. Lucía dressed as The Nun and even had the creepy character on her cake. Her mum, Laura, shared the event on Facebook:

I don’t know what brought this 3-year-old and R-rated horror character together but I am so glad it has happened. This is the creepiest, cutest and coolest birthday party for a kid I have ever seen. Lucía must have some awesome parents to make this happen for her.

If you haven’t seen The Nun yet, maybe you should go watch it and see if you like it as much as Lucía. It stars Bonnie Aarons as the title character and follows a priest with a past and a novitiate approaching her final vows that are sent by the Vatican to investigate the suicide of a young nun at an Abbey in Romania. There, they discover a malevolent force – The Nun.

If you are already a fan of the movie, Warner Brothers are making a sequel which will be written by Hell Fest‘s Akela Cooper. We’ll have to wait and see if the continuation of the story impresses fans, and little Lucía, more than the first one did.

What is your opinion on a horror Birthday party for a toddler? Have you seen any other movie themed parties recently we should know about? Let us know in the comments!