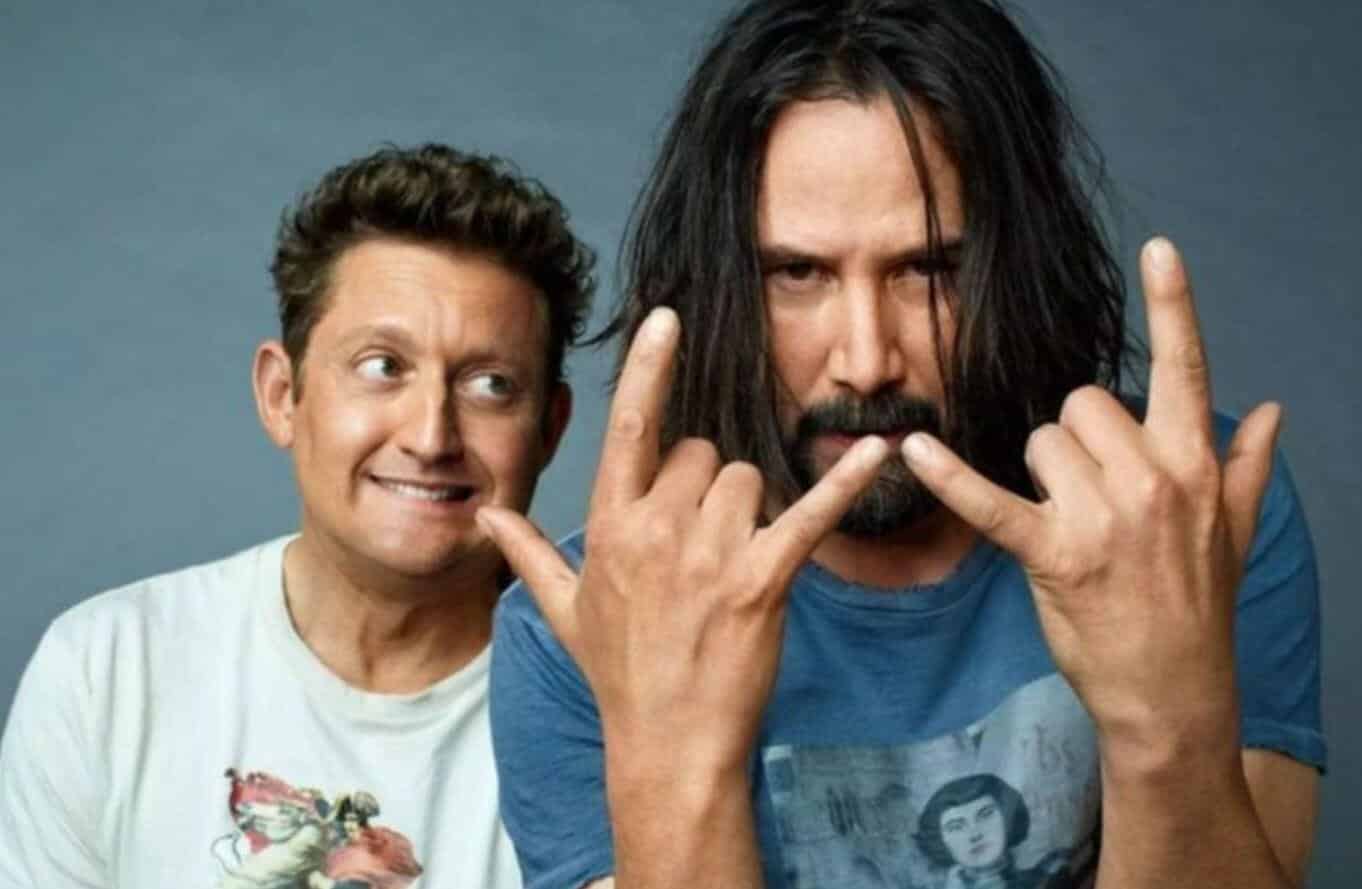 Hammerstone Studios and Orion are bringing us another movie from one of our favourite duos. Keanu Reeves and Alex Winter are reuniting and returning to their roles as Bill and Ted, a pair we haven’t seen on screen since 1991. Production on the third instalment of the Bill & Ted franchise begins this summer in New Orleans and now we have news on who is going to be playing the new villain in Bill And Ted Face the Music.

It has been revealed by THR that Anthony Carrigan is set to play “the duo’s relentless adversary.” Carrigan is currently starring on HBO’s Barry as NoHo Hank. Featuring alongside our “excellent” duo and their adversary is Samara Weaving as Bill’s daughter Thea Preston, Brigette Lundy-Paine as Ted’s daughter Billie Logan, William Sadler will be returning to his role as the Grim Reaper and Scott Mescudi (Kid Cudi) also has a role in the movie.

Dean Parisot is directing a script from Chris Matheson and Ed Solomon, who wrote the first two Bill & Ted movies.

In Bill & Ted Face the Music…

Following 1989’s Bill & Ted’s Excellent Adventure and 1991’s Bill & Ted’s Bogus Journey, the stakes are higher than ever for William “Bill” S. Preston Esq. (Winter) and Theodore “Ted” Logan (Reeves). Yet to fulfill their rock and roll destiny, the now middle-aged best friends set out on a new adventure, when a visitor from the future warns them that only their song can save life as we know it and bring harmony to the universe.  Along the way, they will be helped by their families, old friends and a few music legends.

Are you looking forward to seeing Bill and Ted’s latest adventure? Let us know all of your thoughts in the comments below!

Continue Reading
You may also like...
Related Topics:Bill & Ted, Bill And Ted 3, Bill and ted face the music