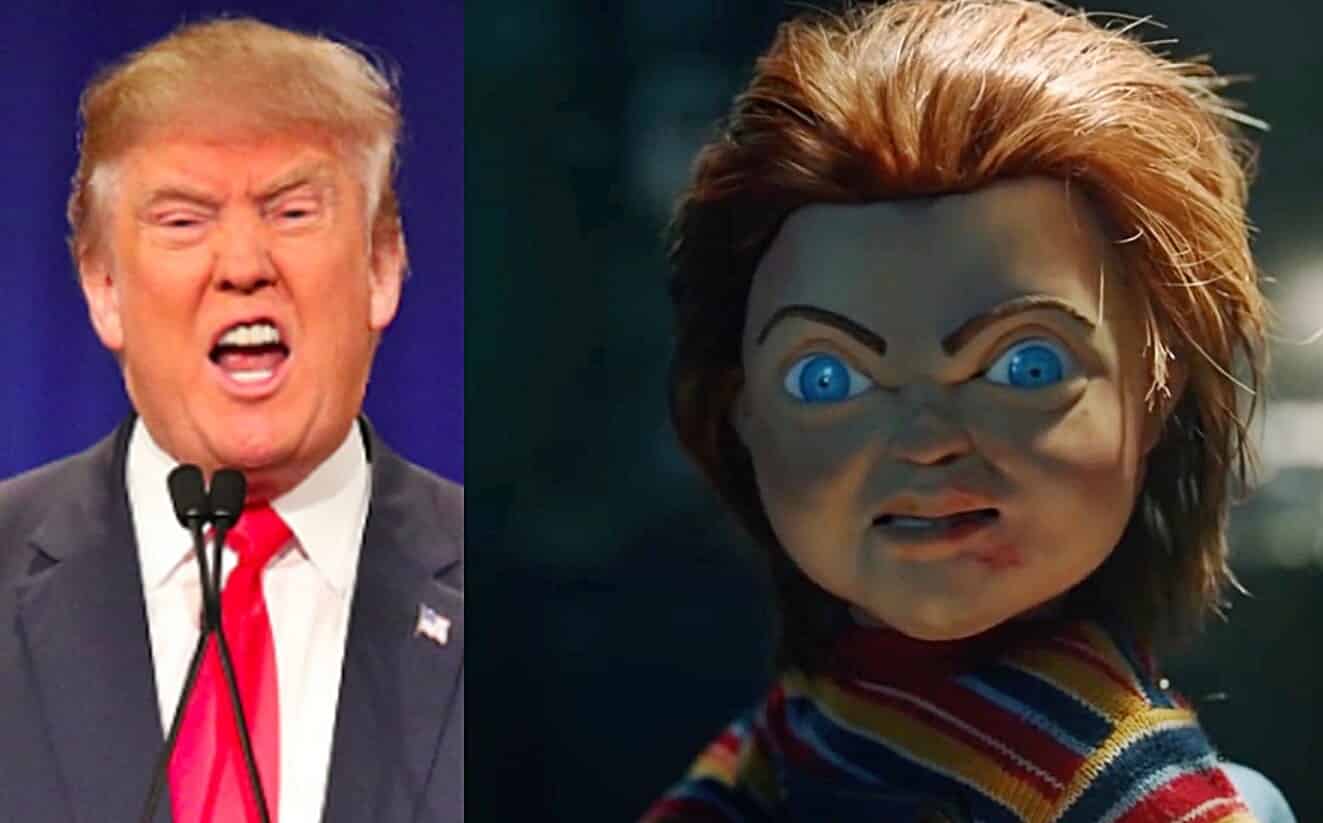 The new Child’s Play reboot has just been released and there’s something strange that some viewers have noticed about the malevolent doll. The new, technologically-tampered-with doll is voiced by Mark Hamill but it’s a likeness in appearance to a certain president that has fans puzzled. Thats right, multiple people have noticed that Chucky doesn’t look all that dissimilar to president Donald Trump. So much so, that people are questioning whether this is a coincidence or was intended by the director, Lars Klevberg.

At the world premiere of the movie, Variety questioned some of the cast members about the resemblance between the doll and the president. In response, Aubrey Plaza had this to say:

“Oh, you caught that? I’m waiting for all of the think pieces to come out about this issue, I mean, what can I say? The thought crossed my mind a couple of times. Maybe I improvised some lines about it. Maybe they made it in the cut. Maybe they didn’t. We’ll see.”

The voice behind the doll, Mark Hamill, also acknowledged the similarities. He said:

“That’s pretty accurate, now he’s even creepier than he was before.”

Brian Tyree Henry also weighed in on the situation. He said:

“[Chucky’s] incredibly creepy, and who’s creepier [than Trump]? You know what I’m saying?”

When the director was approached about the likeness between Chucky and Trump, he simply replied “Some people say that.” He is clearly aware of the similarities, but whether or not they were intended still remains a mystery.

Donald Trump has not yet voiced his opinion on the situation.

The new Child’s Play reboot is currently playing in theaters.

What do you think, can you see the likeness between Chucky and Donald Trump or not? Let us know all of your thoughts in the comments section down below!

Sony Has Confirmed Tom Hardy Will Return For ‘Venom 2’
Rumor: Doctor Octopus Origin Film In The Works At Sony
Advertisement
Advertisement
To Top