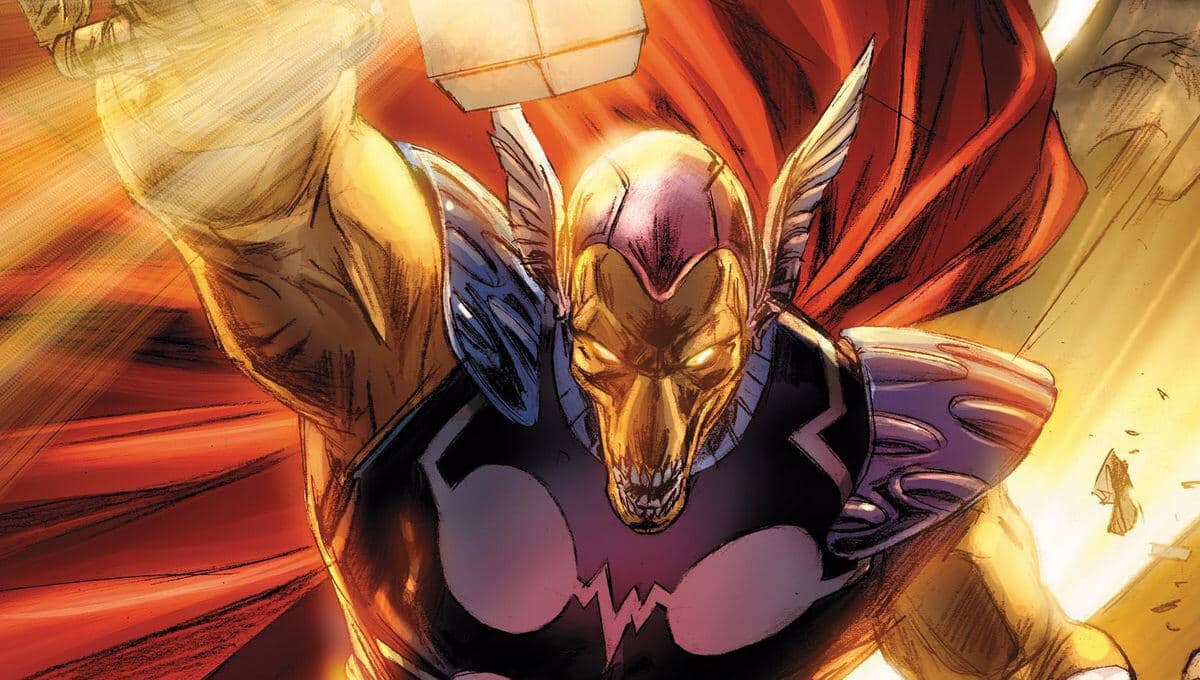 For those of you who do not know Beta Ray Bill, he is a horse-faced alien from the Marvel Comics. Via Thor, and Captain America in the MCU, he is also worthy enough to wield Mjolnir. Despite his appearances in the comics, we also know that he exists in the MCU. This comes after his face was spotted carved into the Grandmaster’s tower in Thor: Ragnarok.

However, rumours and leaks have occurred claiming that the character will finally make his MCU debut. The leak came from 4Chan which apparently reveals teasers for Phase Four. One teaser that seemed most popular and interesting is that Thor and Bill will cross paths for the first time in Guardians of The Galaxy 3.

This isn’t the first time we’ve heard that Bill will appear in an upcoming film but we should only expect him to appear briefly in a small role. As for Guardians 3, it makes sense as many characters have been rumoured to join the film but as small roles. These include Adam Warlock, Quasar, Moondragon and Lylla. However, such a small part for Bill isn’t such a bad thing. With the upcoming Disney+ service creating MCU TV series, perhaps they could invest the character in one of those?

After the events of Avengers: Endgame, many fans are deliberating the fate of Thor. In fact, most think that Thor will go on to help the Guardians of the Galaxy as the OG Avengers hang up their superhero costumes. It isn’t as crazy as it sounds, Chris Hemsworth said he’s still up for filming new films for the MCU.

We’ll just have to wait to uncover this one, as Guardians of the Galaxy Vol.3 is due to start shooting next year.

What do you think of this possibility? Would you like to see Beta Ray Bill in the MCU? Be sure to tell us your thoughts below!