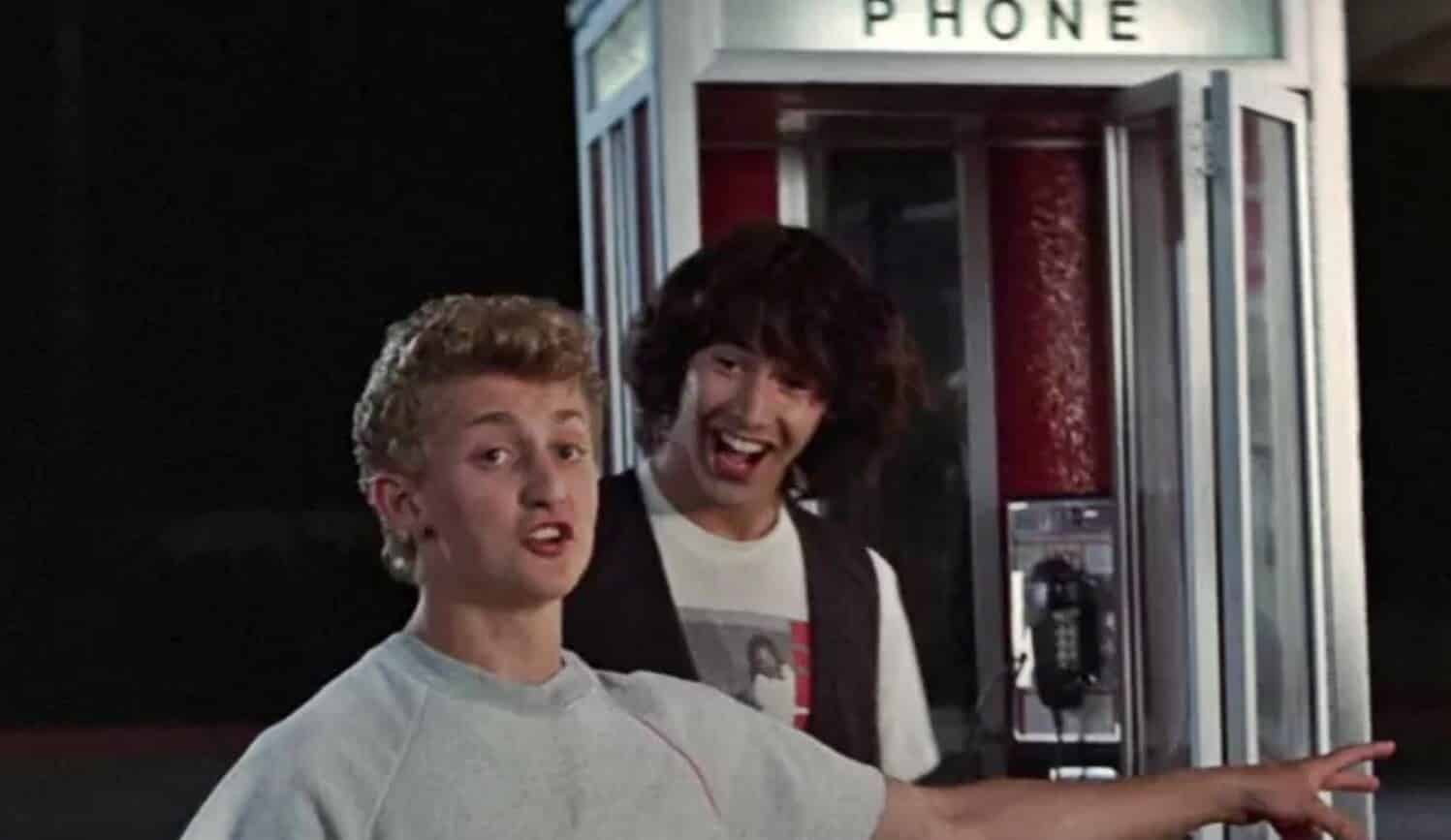 While we are in the age of superhero films, and many of the biggest movies coming out are action based, there is one film that is eagerly anticipated by people all over the world. Yet, it doesn’t quite fit into the mold of the current day typical blockbuster. I’m talking, of course, about the long awaited third film of the best air guitar playing duo in history, Bill & Ted Face the Music. We’re finally going to get to see what everyone’s favorites ‘dudes’ have been up to since the end of Bogus Journey. And, now, we’re getting to see the titular characters in a BTS photo.

New pictures reveal Alex Winters and global treasure, Keanu Reeves, reviving their roles as Bill S. Preston, Esq., and Ted Theodore Logan. We also get a glimpse at the famous telephone booth, which, in 2019, must stick out like a sore thumb in the land of smartphones. People seeing that nowadays must think it’s like catching a glimpse of Bigfoot in the wild.

The film is set to tell the tale of the two bodacious musicians who are destined to write a song that brings peace to the whole world. But, 30 years later, not only have they not written the song, but their lives have really gone nowhere. The burden of everlasting peace on Earth has weighed them down to no end, but now, it looks like they have to not only save the planet, but the entire universe!

Are you excited for Bill & Ted 3? Let us know in the comments below!

Halle Bailey Has Been Cast As Ariel In Disney’s Live-Action ‘The Little Mermaid’ Movie
‘Spider-Man: Far From Home’ Easter Egg May Set Up Major MCU Debut
Advertisement
Advertisement
To Top