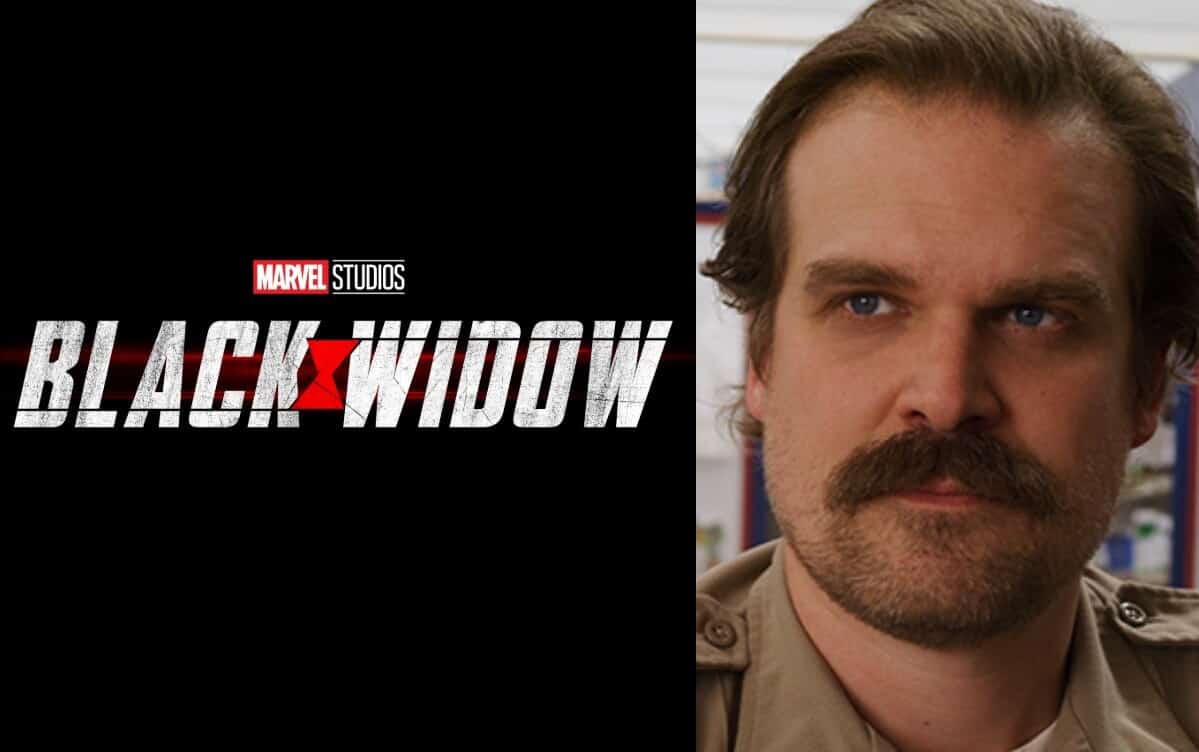 So much information about the future of the Marvel Cinematic Universe came out tonight at their Hall H Panel at San Diego Comi-Con. The first film of the MCU’s Phase Four will come out this upcoming May, with the Black Widow solo film. The prequel that is set between Civil War and Infinity War is said to have major implications on the MCU as a whole. And, thanks to the panel, we got some insight into some of the new characters we’ll see in the movie.

While we have already mentioned Taskmaster as the main villain, we now know who Stranger Things star, David Harbour, is playing. Harbour is set to play The Red Guardian. A staple of the KGB, he worked alongside Natasha Romanoff during her time as a Russian spy.

HE IS OUR RED GUARDIAN pic.twitter.com/b8WQR6w69r

David Harbour is playing a character called “Alexi”, someone from Black Widow’s past. I believe that is referring to.. Alexi Shostakov, Red Guardian. pic.twitter.com/dJOg3ZgaJy

It is unclear at the moment whether Harbour is an ally of foe in the film, but it is certain a welcomed addition, nonetheless. Harbour spoke at the panel about his joy in working with Marvel and with director, Cate Shortland.

“This woman, Cate Shortland, who is directing this movie is one of the best directors I’ve ever worked with,” Harbour told ComicBook.com “She’s so, so smart, and makes such beautiful indie movies. The fact that you’d put someone like that at the helm of one of these huge action movies — and she pays such attention to the story and such attention to character — speaks volumes.”

“The fact that these guys are so good at what they do, and so passionate about what they do, it feels tremendous,” he continued. “I’m very, very happy with the situation, working on it now. It’s on a scale and on a passionate level unlike anything I’ve ever done.”

He added in an another interview with EW:

“That is his by-day name, but at night he becomes the rock star the Red Guardian. In the Cold War, the Americans were developing weaponry, and the Soviets were responding. The Americans developed Captain America, and the Soviets responded with something called the Red Guardian. In a way he’s a super-soldier, but he’s also a very complicated guy. He has a lot of flaws, a lot of idiosyncrasies. It’s a very rich character.”

It seems like we have another Marvel hit on our hands in Black Widow, one that fans will love. Hopefully, we’re only a couple of months away from our first trailer.

Are you excited for the Red Guardian joining the MCU? Let us know in the comments below!